Qatar Airways is pleased to announce that its ultra-modern Airbus A350-1000 will join the airline’s New York JFK route starting 28 October 2018, the airline’s first commercial route to the U.S. operated with this state-of-the-art aircraft.

Qatar Airways is the global launch customer for the world’s most advanced passenger aircraft, the latest member of the Airbus wide-body aircraft portfolio, which currently operates daily non-stop service between Doha and London.

Qatar Airways Group Chief Executive, His Excellency Mr. Akbar Al Baker, said: “We are thrilled to introduce the A350-1000 on flights to and from JFK, one of our key U.S. gateways. The introduction of this next-generation aircraft to the route demonstrates our commitment to providing passengers travelling to and from the U.S. with the most modern and technologically-advanced aircraft available, ensuring that their experience is second-to-none. We look forward to welcoming all passengers travelling to and from the U.S. on board this spectacular aircraft.”

The A350-1000 offers a total of 327 seats across two cabins, with 46 award-winning Qsuite Business Class seats and 281 18-inch extra wide Economy Class seats. The aircraft provides enhanced levels of passenger comfort, thanks to the lowest twin-engine noise level of any aircraft, advanced air conditioning technology and full LED mood lighting.

Like the A350-900, more than 70 per cent of the A350-1000’s lightweight airframe is made from advanced materials combining composites (53 per cent), titanium and advanced aluminum alloys. The aircraft’s carbon fibre reinforced plastic fuselage results in lower fuel burn, as well as easier maintenance. The A350-1000 also features a distinctive all-new, six-wheel main landing gear and four per cent larger wings.

Qatar Airways’ A350-1000 features the airline’s patented, award-winning Business Class experience, Qsuite, which offers the industry’s first-ever double bed in Business Class, as well as privacy panels that stow away, allowing passengers in adjoining seats to create their own private room, a first of its kind in the industry. Qsuite is currently available on flights to and from JFK, as well as Washington, D.C., Chicago and Houston.

Qatar Airways is one of the world’s fastest-growing airlines, with a modern fleet of more than 200 aircraft flying to business and leisure destinations across six continents. The award-winning airline recently revealed a host of upcoming new global destinations, including Tallinn, Estonia; Valletta, Malta; Langkawi, Malaysia; and Da Nang, Vietnam. 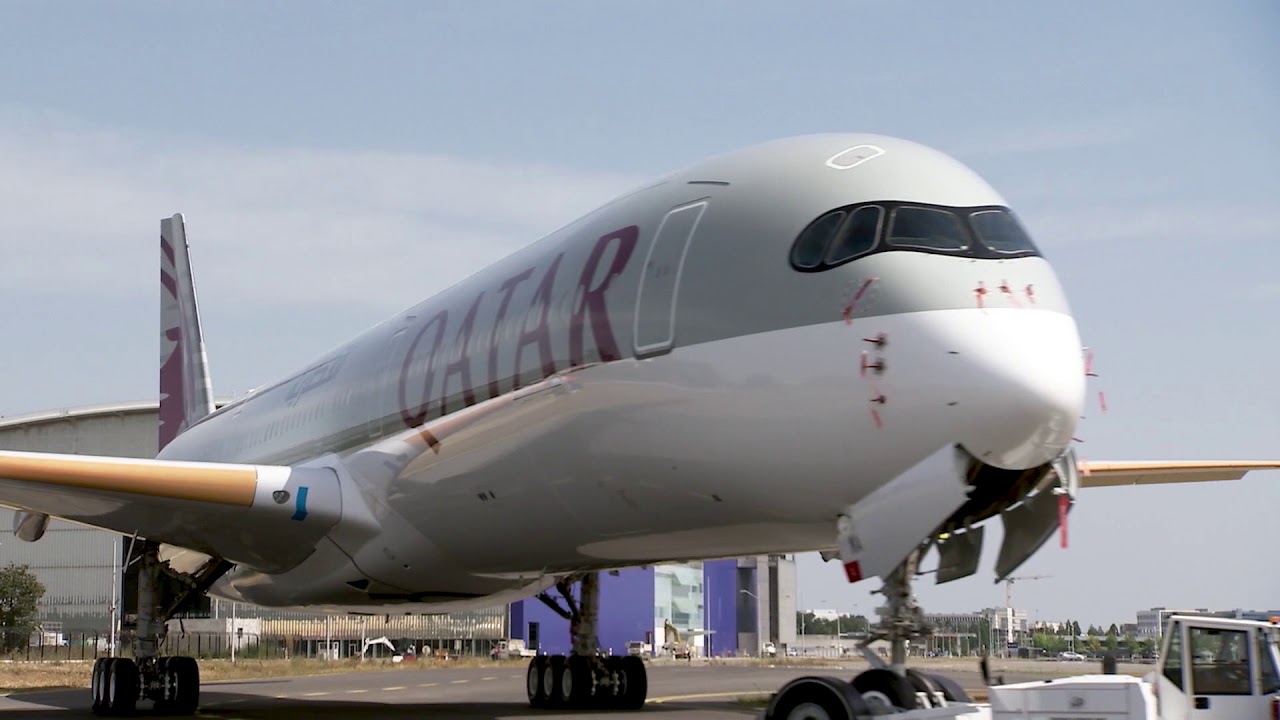 Loading comments for Qatar Airways To Bring its State-of-the-Art Airbus A350-1000 to New York’s JFK...