A plane carrying 241 people has caught fire as it made an emergency landing at Singapore’s Changi Airport.

Passenger on Singapore Airlines Flight SQ368 from Changi Airport to Milan said they clapped as the jet made what appeared to be a smooth emergency landing. But seconds later, the right engine and wing were ablaze, with flames engulfing the right side of the jet.

No one was injured aboard the Boeing 777-300ER but the 222 passengers and 19 crew had to wait on board for several agonising minutes while emergency services sped over to the plane and doused it with water and foam.

“It was a heart wrenching 5 mins! Waiting for the fire engine and fire fighters to put out the fire! They shot foam and water into the fire and eventually it was put out! We were so close to death!!” wrote passenger Lee Bee Yee on Facebook.

“I just escaped death! ... Huge fire was burning!” she added in comments under a 49-second video clip, shot from a wing seat of the flames and smoke on the wing before it is put out. Foam slips down the small oval window.

“I thank God I am alive! I going home to hug my kids,” she added.

The plane was about two hours into the flight when it turned back, touching down at 6:50am.

“Passengers disembarked through stairs and were transported to the terminal building by bus. Passengers will be transferred to another aircraft which is expected to depart for Milan later today,” the statement added.

“Singapore Airlines will be co-operating fully with the authorities in their investigations.”

Another passenger, called Chuan, told the BBC that no one panicked but the five to ten minute wait as the fire was put out was “quite scary.”

“The firefighters made sure it was really safe so we were able to walk down the steps, we were even able to collect our luggage,” he said, adding that he only realised he “escaped death” during the bus ride to the terminal. 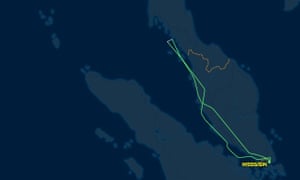 Mamta Jain, whose husband was onboard the flight, told Channel News Asia  that the plane’s engine “exploded and the right wing was burning” while it was landing.

“The pilot announced during the flight there was a problem with one of the engines that they would turn back. When they landed he said engine was on fire, he could see flames. They were all inside the plane and they could see the right wing burning,” she said.

Video of black smoke billowing up from the runway was posted to Twitter by witnesses inside the airport.

Photos taken of the plane after the fire was extinguished showed the wing mangled and blackened from the flames.

Singapore Airlines has had only one accident resulting in fatalities when a flight from Singapore to Los Angeles crashed into construction equipment after attempting to take off on the wrong runway during a typhoon in 2000. The crash killed 83 of the 179 people on board.

UTG PA sums up 2021 and announces plans for the future

Last year marked the appearance of a new player in the Russian business aviation market. In April 2021, UTG PA, a part of UTG Group, became the new operator of the Domodedovo Business Aviation Center....