In the first fully autonomous urban flight, a drone made a parcel delivery to a residence in Hawthorne, Nevada. It wasn’t from Amazon though. A startup company dispatched the package containing bottled water, emergency food, and a first aid-kit.

“Conducting the first drone delivery in an urban settling is a major achievement, taking us closer to the day that drones make regular delivers to your front doorsteps,” said Matt Sweeney, CEO of Flirtey, who announced the successful test run on Friday, according to the Associated Press. 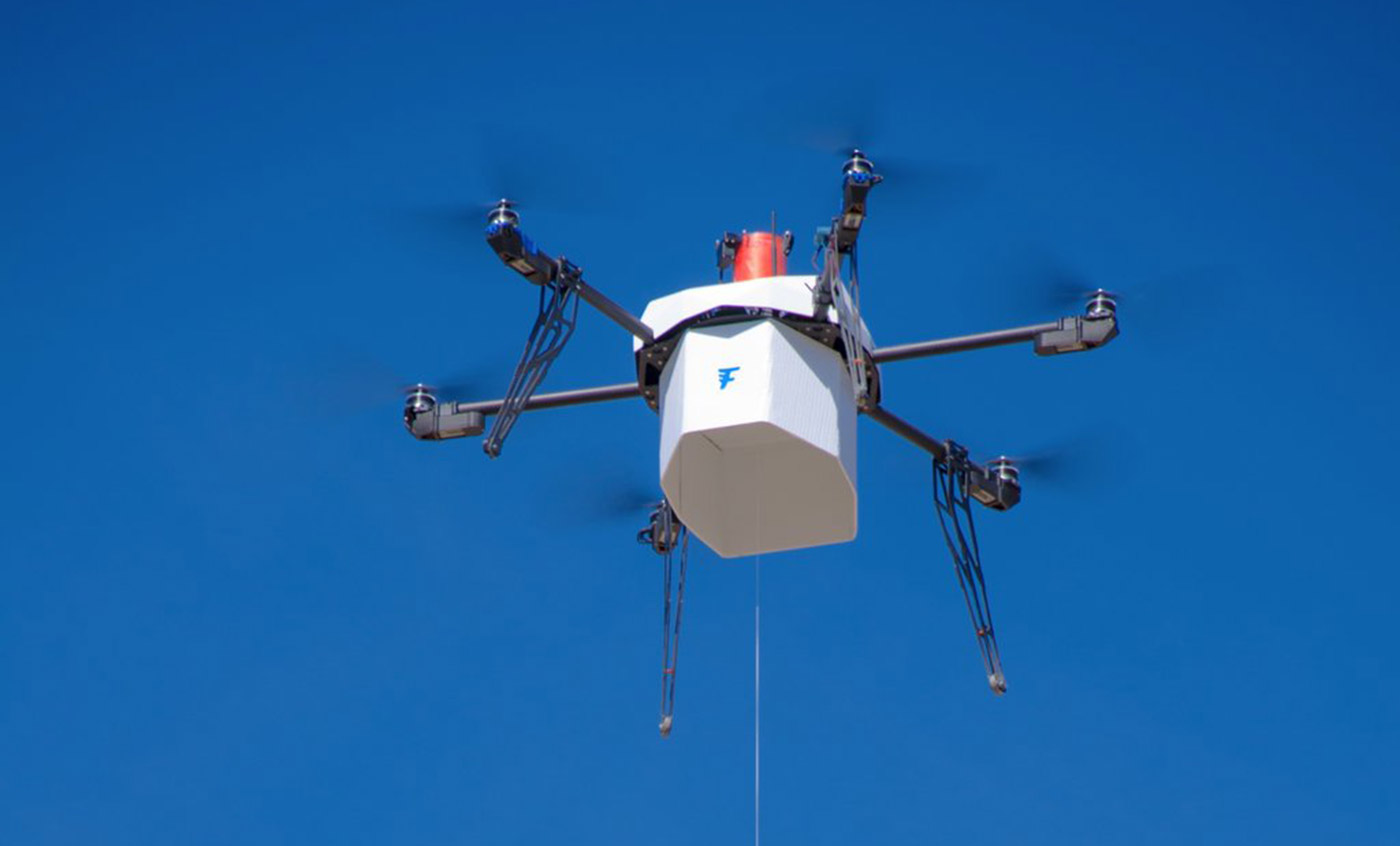 The test flight took place on March 10, when the six-rotor drone flew about half a mile along a pre-programmed delivery route and lowered the package outside a vacant Hawthorne residence southwest of Reno. The mission was helped by its partnership with the University of Nevada at Reno.

Sweeney said the delivery demonstrated that advanced drone systems can allow aerial vehicles to safely navigate around buildings, and deliver packages with precision in populated areas.

A Flirtey pilot and several observers were on standby as a backup to the autonomous system during the delivery, but they weren’t needed.

“I am thrilled that Flirtey is not only testing its cutting-edge technology in Nevada, but also creating jobs through its headquarters’ relocation to Reno,” said Nevada Governor Brain Sandoval.

Flirtey had already made the first FAA-approved rural drone delivery in July 2015 to a health care clinic in rural Virginia.

Other companies have also been working on delivery drones. Amazon promoted the idea two years ago, promising that it would soon be delivering packages via its Prime Air drone. Executives at Google Wing claimed that they would launch drone delivery service by 2017, and Walmart has asked the FAA for permission to test drone deliveries as well.

NASA is working with the drone industry and the Federal Aviation Administration on a low-altitude air traffic control system to prevent crashes involving drones and other low-altitude aircraft.

Nevada is one of six states designated by the FAA for test sites of unmanned aircraft systems.

For now, though, the FAA has banned all commercial use of drones in the US. Although the agency grants some exceptions, they are stringent. A company has to have an operator with a pilot’s license and keep each drone within line of sight while making deliveries – an expensive regulation.

The costs are prohibitive for mass delivery as well. A delivery truck from UPS making an average of 120 stops per day can deliver hundreds or thousands of packages, compared to a drone that is able to deliver, at best, one pair of sneakers, according to Wired.com.

Drone watchers, meanwhile, think the technology can be best put to use delivering emergency medical supplies or getting shipments to hard to reach places, such as delivering replacement parts to oil rigs.

The Huffington Post reported that drone startup Matternet delivered crucial supplies into Haiti via drone after the earthquake there, and helped delivery blood samples from clinics to hospitals in Maseru, Lesotho so they could be analyzed for HIV/AIDS.

Flirtey is not the first company to pioneer drone delivery. Russian “smart pizza restaurant” Dodo Pizza made first commercial pizza delivery using a tiny helicopter in June 2014 in the Russian city of Syktyvkar, where the company opened its first store in 2011.

“Everybody who previously announced about pizza delivery by copters was just shooting advertisement videos. We did business from it. We overcame technical difficulties and created an operating business model where pizza delivery is interconnected with the show and active sales,” the company said in a statement.

Wheels Up has launched Wheels Up Aircraft Sales, a new business unit that offers aircraft brokerage, acquisition, trade, and advisory services. With this strategic expansion, Wheels Up is now the...

GA Telesis Engine Services announced a significant upgrade to its Customer Support Services by introducing an innovative Remote Table Inspection Solution (RTIS) to its current and future cus...

Rolls-Royce has identified indications of wear in the Intermediate Pressure Compressor (IPC) of a small number of engines during routine examinations of the engines following four to five years o...