Volotea reports over 2.4 billion passengers in Q3, a 23% reduction from last year

Despite the pandemic context, Volotea has shown outstanding commercial and operational results, thanks to a domestic and flexible offer, and up to date health and safety measures, in line with its client’s expectations.

The airline has shared today its third quarter results, highlining the following data:

- 247 routes have been operated during the period among which 56 were new.

- Just in August, Volotea has sold 1 million seats, only -9% versus previous year.

- Volotea has also shown strong results in its client’s indicators with a satisfaction rate of 90% (+6.7pp versus 2019).

"We feel enormously proud of these results, which are very positive given the current context. Our strong performance proves the strength of our Strategy and Operations at a most challenging time for our industry. Volotea's flexibility, and its ability to offer a solid domestic network in record time, has been key for this success, allowing us to maintain our activity levels close to the levels of last year. Moreover, we have worked hard to provide and guarantee the best operational integrity standards to all our customers, which is always Volotea’s main priority. Having been rated by our clients above at 90% recommendation level is the best reward we could think of" said Carlos Muñoz, Volotea's Founder and CEO.

Volotea is one of the fastest-growing independent airlines in Europe, increasing year-on-year its fleet, routes served and seats offered. Since 2012, Volotea has carried more than 30 million passengers across Europe. The airline expects between 8.5 and 9.0 million passengers in 2020.

For 2020, Volotea is adding six aircraft Airbus 319s and 62 new routes to offer a line-up of 354 short-haul city-pairs among 96 medium and small-sized airports in 15 countries at very competitive prices.

Volotea’s Hamburg base has been opened to operate Airbus’ shuttle service, recently awarded. Base in Lyon is to be launched in December 2020.

To capitalize its growth in activity, more than 200 new positions are open for recruitment in France, Italy, Spain, Greece and Germany for a total headcount of 1,500 in 2020. 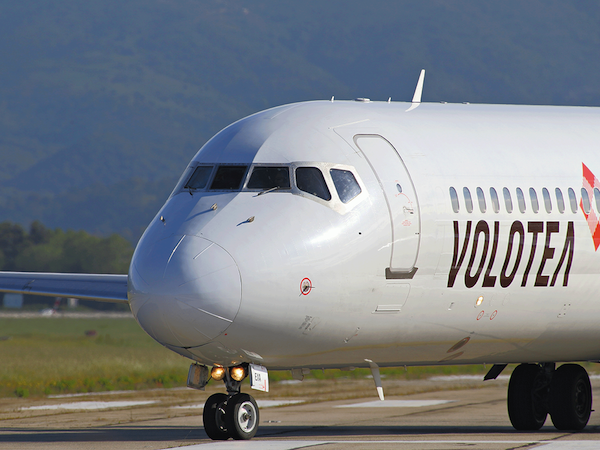 Loading comments for Volotea reports over 2.4 billion passengers in Q3, a 23% reduction from last year ...