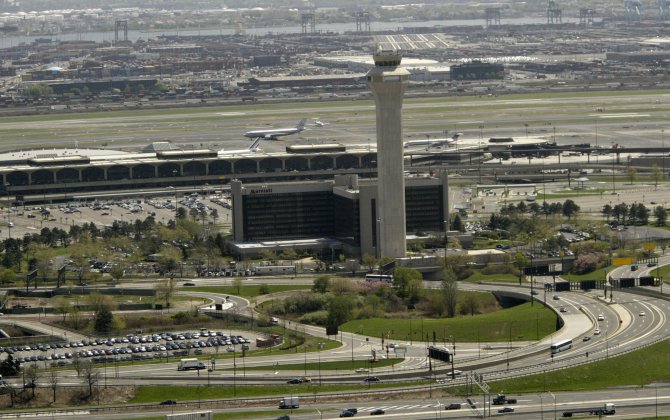 The hangar, which was being prepared for demolition, collapsed at about 2:00 p.m., authorities said.

Port Authority of New York and New Jersey spokesman Joe Pentangelo said two of the four injured workers were seriously hurt, but they are expected to survive. The other two suffered minor injuries. All four were transported to a nearby hospital.

Nine workers were inside the building at the time and all are accounted for, Pentangelo said.

Chopper 4 footage from the scene showed several emergency crews around the damaged United Airlines hangar. Several people were seen in stretchers, though it appeared as if they are conscious.

There were no aircraft in the hangar when it collapsed. Engineers are inspecting the location.

An MoU was signed by Green Africa Airways for 50 A220-300 aircraft, one of the major orders to be placed globally for the A220 programme and the largest ever from the African continent.&nbsp...

airBaltic saw an increase of mobile bookings by 84%  in 2019, compared to the year before. Already 21% of all bookings on airBaltic website were done on a mobile device.Jolanta Rem...