“The number of serviced passengers on direct flights to North America has grown by almost 67% this year. Next year, we are expecting further increases thanks to a new line to Newark. This confirms the high potential of the US foe increasing the number connections to Prague,” says Václav Řehoř, the Chair of the Board of Directors, Prague Airport. “We are expecting that the New York campaign will raise American interest in Prague and its surrounding areas. This could also motivate airlines to extend seasonal lines to year-round ones, which is our priority,”adds Řehoř.

The addition of new direct flights to Prague is primarily dependent on demand by foreign tourists and incoming tourism. It also makes travelling for Czech tourists more convenient. 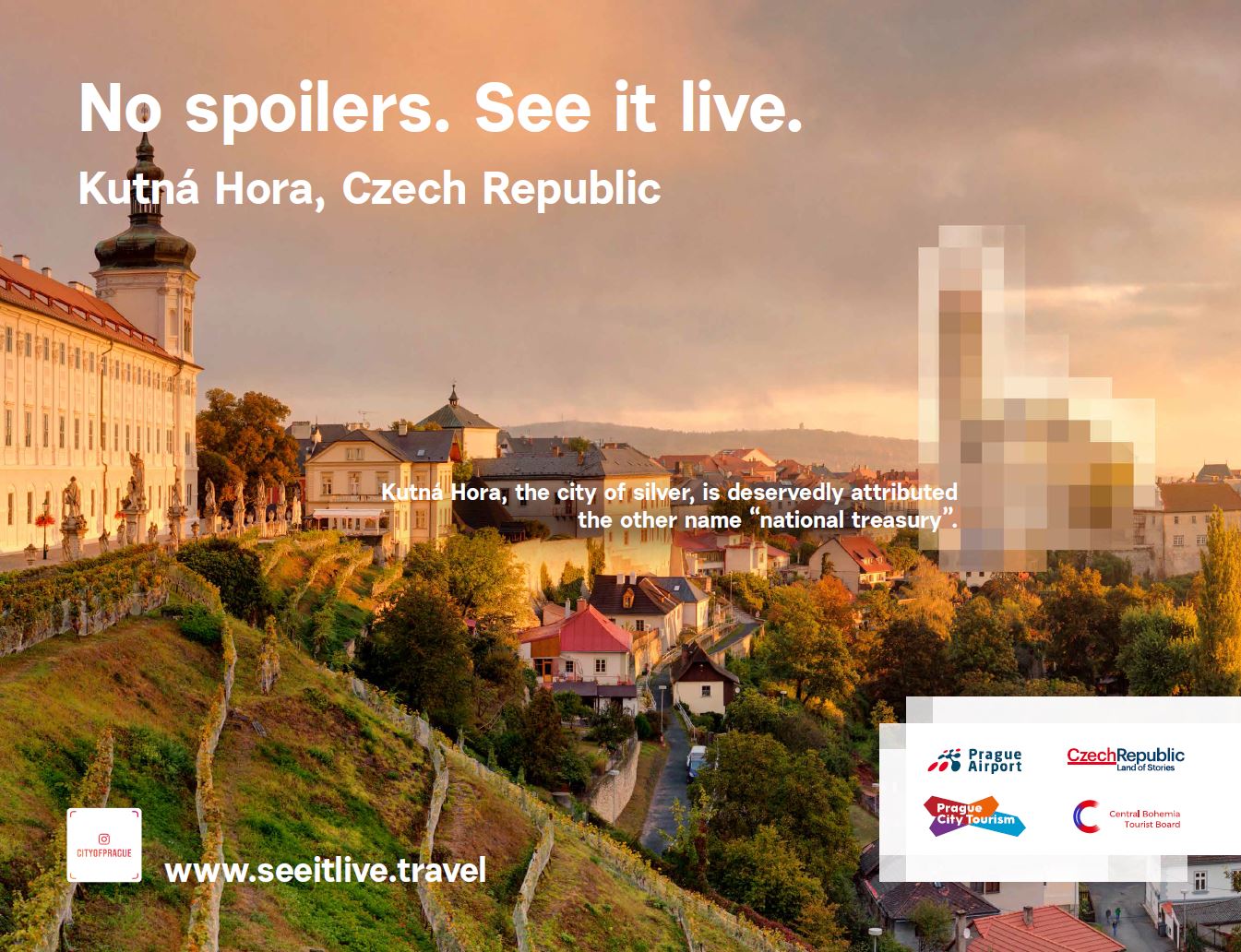 The campaign by the Loosers creative agency is built around the “No Spoilers. See It Live” slogan, which refers to the uniqueness of the authentic and personal experience visitors get when they explore the beauty of Prague and its surroundings. The campaign also includes the www.seeitlive.travelwebsite.

The New York advertising campaign is one of the TouchPoint projects which brings together Prague Airport, CzechTourism, Prague City Tourism and the tourism hub for Central Bohemia. The purpose of the project is to create a joint and targeted promotional campaign that attracts a greater number of wealthy tourists from large foreign markets, combined with dynamically growing outgoing tourism.

“Every year, the level of American interest in the Czech Republic has continued to grow and we are happy to see that thanks to this campaign, people will become more aware of not only Prague, but also of the entire Central Bohemian region. Central Bohemia certainly has a lot to offer. The region offers an extremely wide range of sites, activities, beautiful nature, and many different accommodation options,” says Markéta Wernerová, Director of the tourism hub for Central Bohemia, about the collaboration. 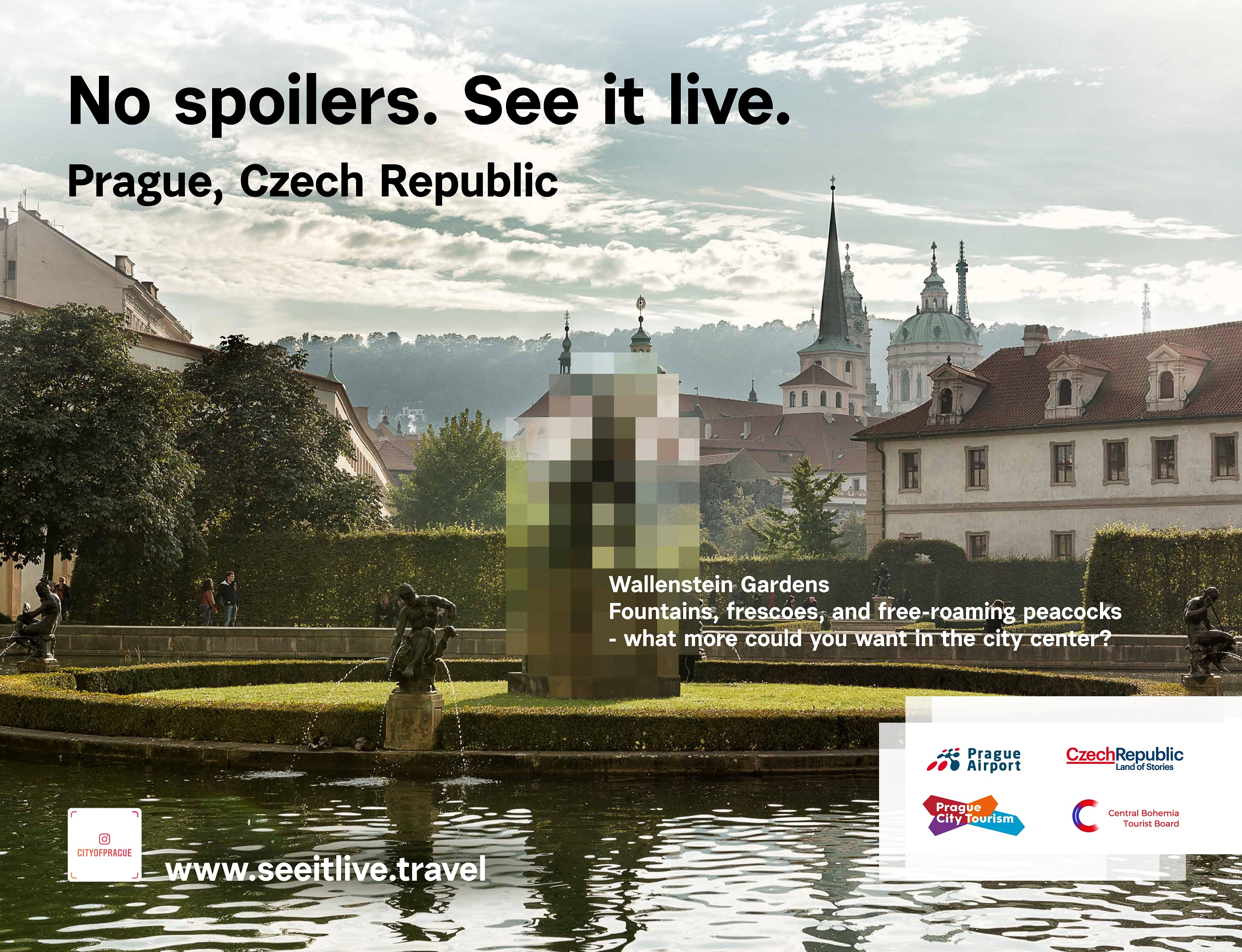 “We are very happy with this joint project; it is an excellent opportunity to use the know-how of our agency in New York to promote the tourism potential of Prague and Central Bohemia and to enhance the Czech Republic´s image on the target market, which this year has seen increased connections to the Czech Republic. We will gladly pursue this kind of collaboration in other destinations with good outgoing dynamics to which we and Prague Airport have targeted our activities,”explains Monika Palatková, CzechTourism Director.

The New York campaign is the first advertising activity that promotes incoming tourism on selected markets. In 2019, a similar campaign is to be launched in Asia. 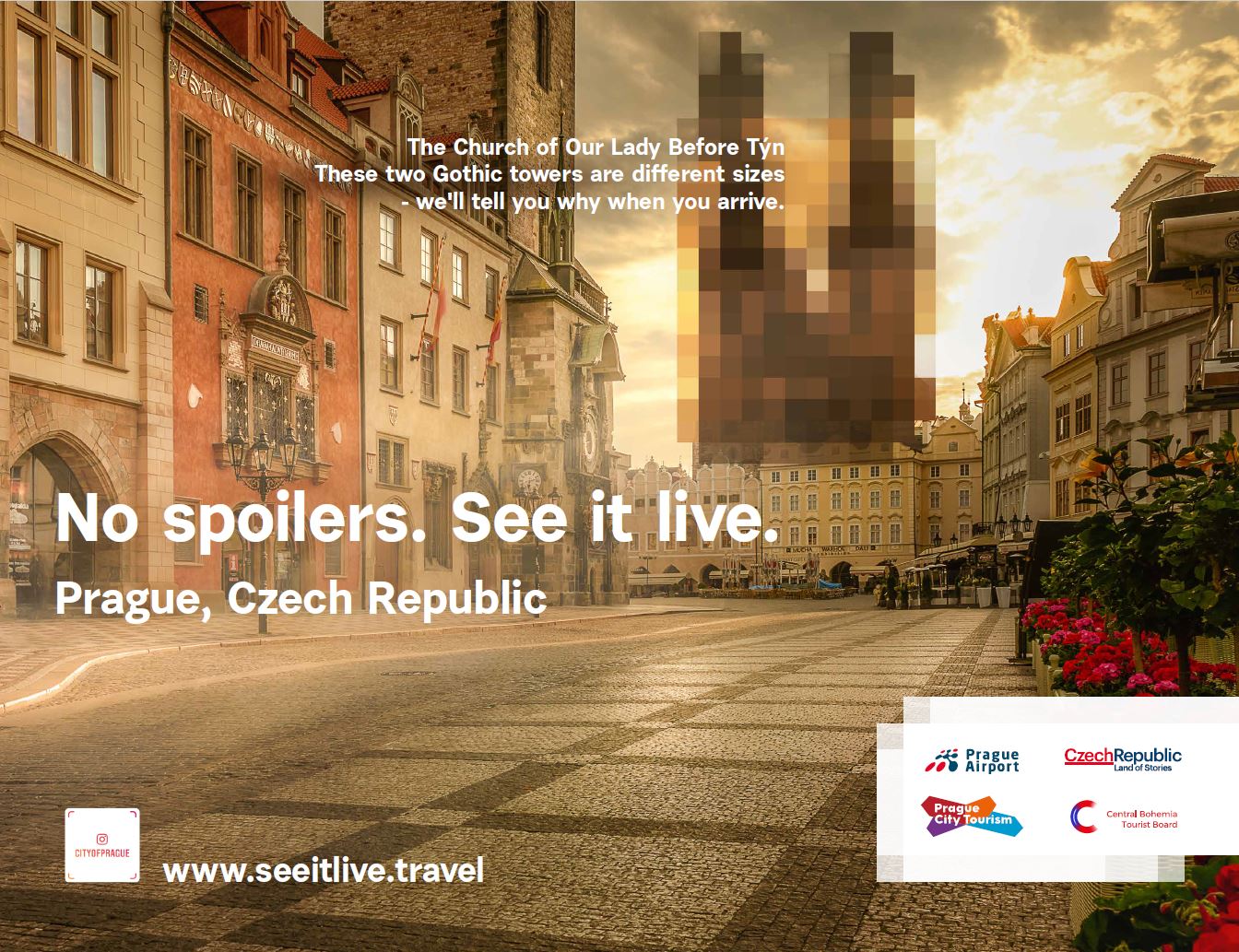 Loading comments for A New Campaign in the New York Center to Promote Incoming Tourism from the USA to the Czech Republic...