All passengers on an Air Canada flight from Paris to Toronto were forced to be rescreened on the tarmac after arriving in Canada last Friday after more than a dozen flyers did not receive proper security screening in France before getting on board.

The airline said crew aboard Air Canada Flight 881 on June 3 learned mid-flight that 17 of its passengers did not go through the required preboard security screening at Paris's Charles de Gaulle airport. There were 325 passengers and 12 crew on board the flight.

Air Canada said the passengers were "misdirected" by staff at Charles de Gaulle after getting off a connecting flight from Sri Lanka and were supposed to go through more security. But that additional screening never happened.

Peter Fitzpatrick, a spokesman for Air Canada, said those passengers had been screened prior to their flight from Sri Lanka and did not leave the "secure zone" at Charles de Gaulle. He said their bags were properly screened in Paris.

"We assessed the situation in consultation with Canadian government authorities and determined the flight was secure," he told CBC News in an email on Sunday. 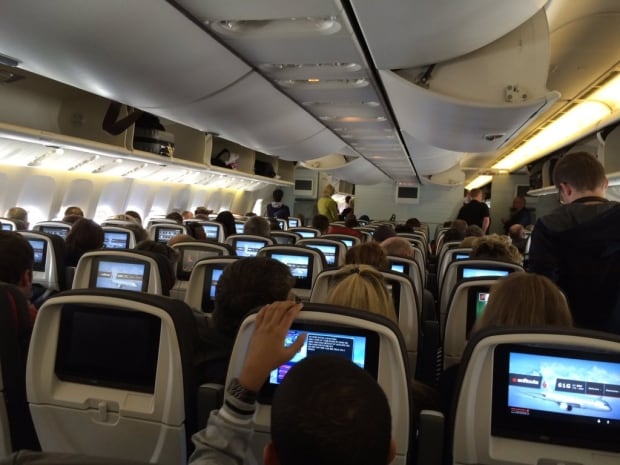 He said the rescreening was required by Transport Canada and the Canada Border Services Agency (CBSA).

Travis O'Brien, a spokesman for the CBSA, said the rescreening took place after learning there were "passengers on board that had not completed preboard security screening in Paris."

"The CBSA was made aware of this incident and immediately put measures in place for the arrival of the flight at Toronto Pearson International Airport," O'Brien said.

When asked how frequently situations like this occur, the CBSA told CBC News that this was an "exceptional circumstance."

Anthony Germain, who hosts the St. John's Morning Show on CBC Radio in Newfoundland, was on the plane coming back from vacation and missed a connecting flight because of the rescreening delays.

He said all of the carry-on items were scanned again on the Pearson tarmac and that passengers were also scanned with a metal detector wand, and some were patted down.

Germain was seated near the back of the plane, so he said it took him about two hours to get through the process. He noticed that crew members were being screened as well.

Germain said passengers weren't told about the issue until they landed in Toronto. That's when someone came on board the plane and explained the situation. He said they were told the rescreening was being done for their "safety."

He said he was surprised that something like this could happen. 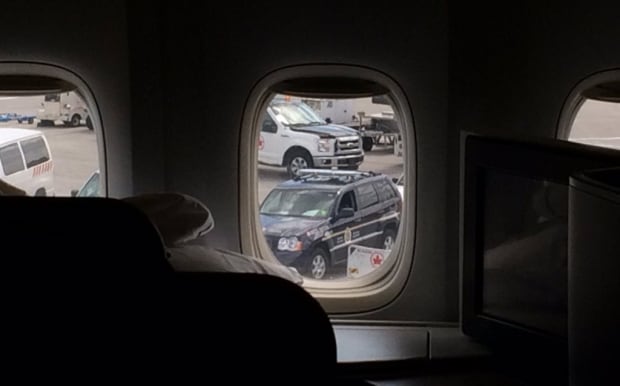 "Given what's happened in France and Belgium, to me it's pretty shocking," he said.

After being rescreened, passengers were taken by bus to the terminal, where they then had to clear customs.

Charles de Gaulle airport has not responded to multiple requests for comment.