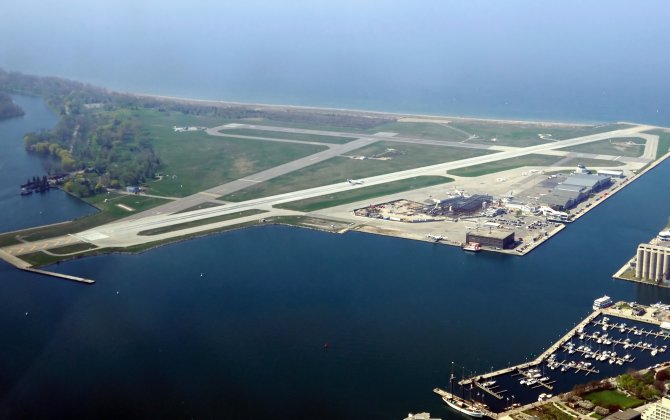 Canada's new government is not planning to reopen an agreement to allow jets to fly out of Billy Bishop Toronto City Airport, the country's new transport minister said.

The owner of Porter Airlines has been pushing to allow jets to be flown from the airport, which is located on a small island near Toronto's central business district.

But jets are banned by a tripartite agreement between the federal government, Toronto's port authority and the city government.

Transport Minister Marc Garneau said on Twitter that he had been reviewing the file and that the Canadian government "will not re-open tripartite agreement."

As part of a proposed expansion that would have included an extended runway, Porter had said it was looking at ordering Bombardier CSeries aircraft.

Porter and rival Air Canada both operate turboprop planes from the airport.