I guess I already mentioned the fact that 4th Caribbean Aviation Meetup organization was just brilliant. If not, I just did:)

There was a surprise for all participants – we had the chance to work on the second day of the conference at Aéroport de Saint-Martin Grand-Case. Amazing idea to work and live the airport reality just beside. 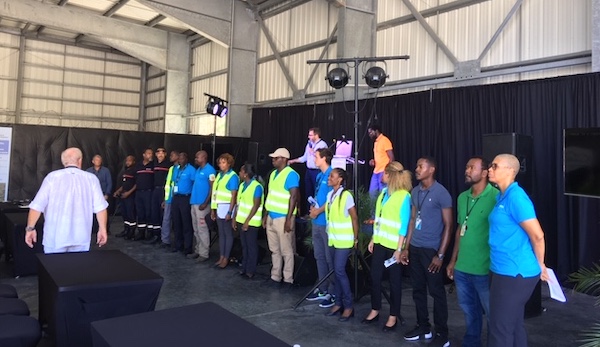 Special thank you to the team, who worked on the venue, on the hosting us! It was just great to be welcomed by the hymn of St. Martin and traditional dance! 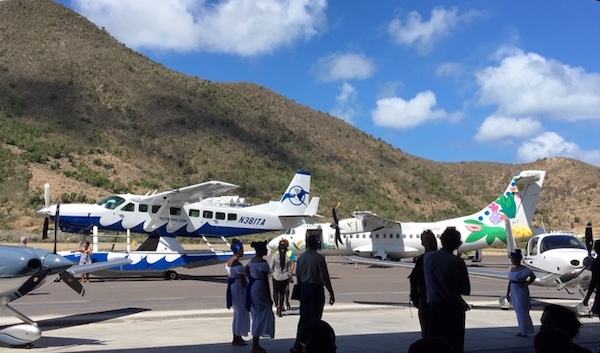 Of course, 50skyshades had to find out more about the airport, so here is the discussion with Cyril GODEAUX, commercial Director of Edeis, the managing company.

Q. Since when Edeis is managing the airport?

A. Edeis is managing the Grand Case Airport since 2011, for a 25 years contract. We have done 8 years and we have still 17 years. The owner of the airport is the Collectivité de Saint Martin, the French authority of the island. We are in charge of all the operational aspect of the airport, including the FBO.

Q. What about development, what is the plan?

A. The development plan that Edeis has committed to implement includes two phases:

The first phase is already done: The creation of a building for the SSLIA (firetruck, firemen), and a tower for the Airport Flight Information Service (AFIS), the expansion and reorganization of the terminal, the creation of a service of fuel distribution, the grow of the parking plane (8,000 m²). It was finish one year before IRMA, and the buildings resisted the strong winds of IRMA.

The second phase is still in discussion with the Collectivity. It’s about the runway extension to 1500 m (4900ft) instead of 1202 m. The important cost of the extension must be compared to the ability to welcome bigger aircraft, which is not so obvious. In 2019, we look forward for a little extension of 30 m which could be easily in operation this year. It a first step.

These investments associated with the improvement of the quality of service and a voluntarist policy of regional development, will strengthen the position of the airport as a regional gateway to the French West Indies, to create an international commercial traffic in the region Caribbean (Haiti, Puerto Rico, for example) today non-existent and develop business aviation still embryonic. 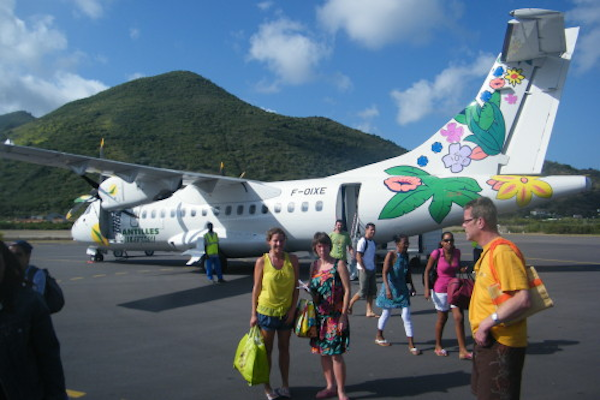 Q. Can you tell us about the role of Grand Case right after the Irma?

A. On September 06, 2017, St. Martin was devastated by hurricane Irma. The terminal buildings have been renovated just year before it. They have been designed for severe storms. The airport was used by military and rescue team only 4 days after the huge hurricane. Grand-Case served as the airport where all military aircrafts landed and were able to come and assist, evacuate and manage the French side's population. Many thousands of families were rescued, evacuated for medical reasons, for safety and new beginnings, many of them had lost everything and had nowhere to go or call home. French militaries, Red Cross, Fire fighters, electricians and more, came down in force to assist the population of this island; and all that was via this airport. SFG had become the place of refuge to come, hoping to be able to leave for most the unknown. L'Espérance (Hope), truly carried it's name in those times. 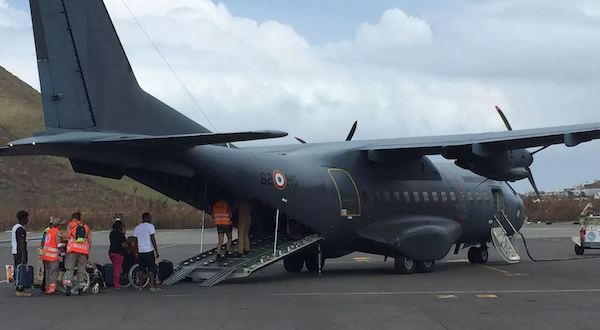 From my personal experience I can tell you, it is a very welcoming airport, the team of highly professional and kind people, makes you consider to be back again and again.

Thank you for this productive day and such a great atmosphere of real aviation everyday life! 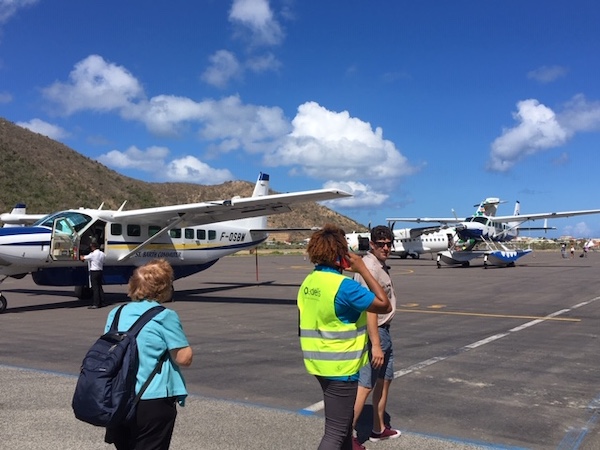