The fleet of de-icing vehicles at Munich Airport has now received particularly powerful and environmentally friendly support: Since the beginning of the week, the all-electric "Elephant e-BETA" from the Danish manufacturer Vestergaard has been in use at EFM, the company for de-icing and aircraft towing at Munich Airport.

According to the manufacturer, the "Elephant e-BETA" is the first electric de-icing vehicle. The spray arms and nozzles, which are driven by electric motors, perform the de-icing of aircraft silently and effectively. At the heart of the vehicle is a generously dimensioned lithium-ion battery power pack that enables the electric deicing of around 10 to 15 aircraft. This allows the de-icing vehicle to complete about two to three hours of operation without needing to be recharged. 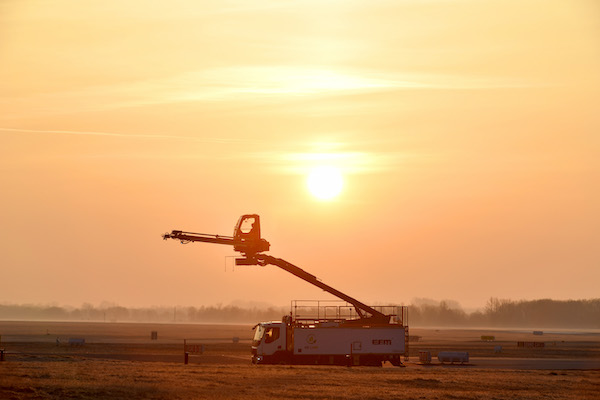 The vehicle still drives to the de-icing areas with a conventional diesel engine and can therefore be used flexibly, but at the site itself, the engine is switched off and the all-electric de-icing begins. Elephants are known to have great endurance and a special sensitivity: not bad prerequisites for the Elephant e-BETA to achieve good results in the handling of sensitive aircraft in the test phase now underway. Compared with conventional deicing vehicles, the electric version can avoid up to 87 percent of the CO2 emissions caused by the vehicle. The electric de-icing vehicle thus fits in perfectly with Munich Airport's climate strategy, which envisages the airport operating in a CO2-neutral manner by 2030 at the latest. 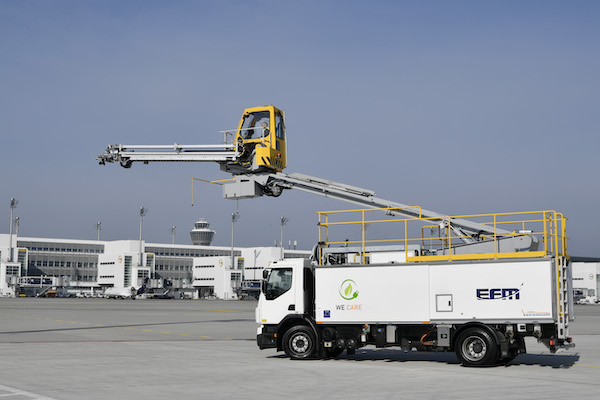