Baku-Istanbul-Baku flight was served by the Turkish “Çelebi” ground handling company, which has been providing aviation services at a high professional level for many years.

Since its foundation in 2012, the air cargo carrier has been constantly expanding its route network in order to cover many destinations throughout the world. Silk Way West Airlines carries out flights with nine Boeing B747 aircraft from Baku to major transport hubs such as Hong Kong, Osaka, Seoul, Dhaka, Shanghai, Singapore, Kuala Lumpur, Chicago, Milan, Amsterdam, Luxembourg, Istanbul, Dubai, etc.

The new airport is located in the Arnavutkoy district on the European part of Istanbul, 35 kilometers from the city center. From April 7, it also serves all passenger flights that were transferred from Atatürk Airport after its closure. 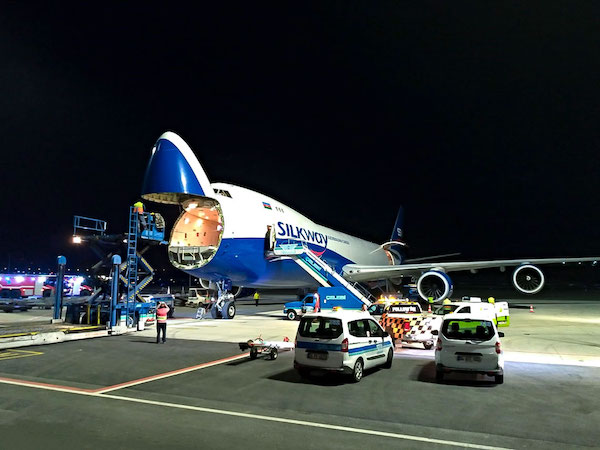