Frankfurt Airport served more than 70.5 million passengers in 2019 – achieving a new all-time record by exceeding the 70-million mark for the first time in a calendar year. Compared to the previous year, this represents a passenger increase of 1.5 percent. Following a positive trend in the first half of 2019 (up 3.0 percent), passenger volumes largely stagnated in the second half of the year (up 0.2 percent). In the months of November and December 2019, passenger numbers declined for the first time since November 2016. The relatively weaker growth in full-year passenger numbers can be mainly attributed to domestic traffic (down 3.4 percent) and European traffic (up 1.2 percent). In contrast, intercontinental traffic to and from FRA increased by 3.4 percent in 2019.

Fraport AG's executive board chairman, Dr. Stefan Schulte, commented: "The reduction of airline flight services for the current winter schedule had a noticeable impact on passenger volumes at Frankfurt. After a long and extraordinarily strong growth phase – during which we gained almost 10 million passengers in the last three years – we can now see that the aviation industry is entering a consolidation phase. Broader economic and geopolitical uncertainties have worsened, while unilateral national measures – such as raising the local air traffic tax – are placing an additional burden on the German aviation industry in 2020." 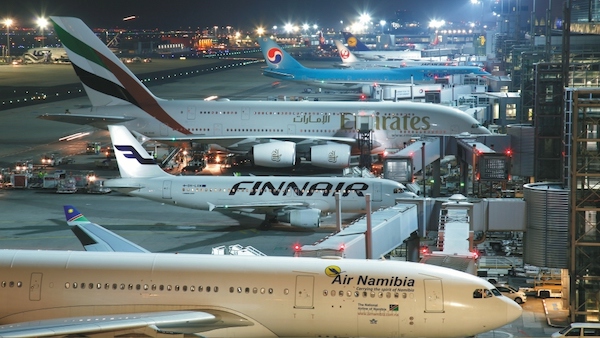 The number of aircraft movements at FRA rose by 0.4 percent to 513,912 takeoffs and landings in 2019. Accumulated maximum takeoff weights (MTOWs) were up 0.8 percent to about 31.9 million metric tons. Cargo throughput (airfreight + airmail) contracted by 3.9 percent to 2.1 million metric tons, reflecting the ongoing slowdown of the global economy.

The airports in Fraport AG's international portfolio continued to show largely positive performance during 2019. Affected by the bankruptcy of home-carrier Adria Airways and other factors, Ljubljana Airport (LJU) in Slovenia recorded a 5.0 percent traffic decline in the reporting year (December 2019: down 21.6 percent). In contrast, Fraport's two Brazilian airports of Fortaleza (FOR) and Porto Alegre (POA) posted combined traffic growth of 3.9 percent to 15.5 million passengers (December 2019: up 0.3 percent). Peru's Lima Airport (LIM) continued the strong performance of previous years, with traffic rising by 6.6 percent (December 2019: up 5.4 percent).

Traffic at the 14 Greek regional airports expanded slightly by 0.9 percent to nearly 30.2 million passengers in 2019 (December 2019: down 2.2 percent). Following years of dynamic growth, traffic at Varna (VAR) and Burgas (BOJ) airports in Bulgaria declined by 10.7 percent, due to airlines consolidating their flight offerings (December 2019: up 23.3 percent). 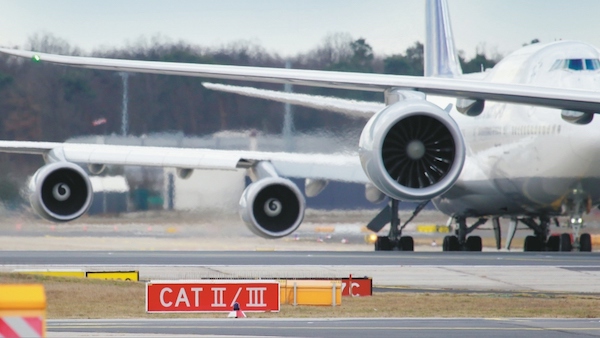