In an important milestone for the E2 programme, the first of Embraer’s E2 family, the E190-E2, has been certified for Steep Approach; a requirement to operate at London City Airport (LCY). EASA certification was granted 11th May.

London City Airport sits on the doorstep of the city’s global financial district and is known as a premier business airport, but also as a key short-haul hub for destinations in continental Europe because of its convenience and speedy passenger experience. However, its location means operating aircraft must be compatible with the airport’s steep approach and short runway; meeting strict noise regulations for the surrounding communities. 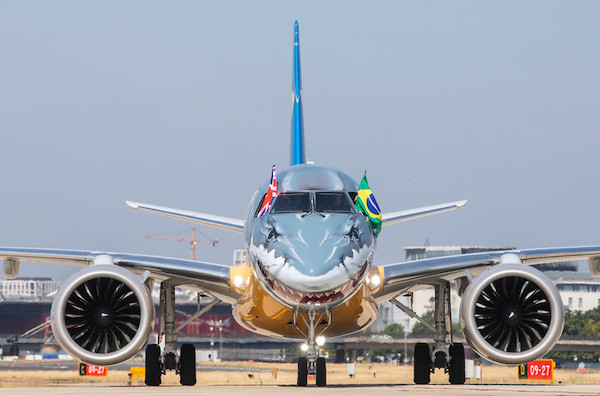 In certification testing, EASA figures confirmed the E190-E2 has the lowest noise levels among all new generation single aisle aircraft and will be the only jet operating at LCY certified to ICAO’s strict Chapter 14 regulation. The new aircraft’s wings, engines, and systems make the aircraft significantly quieter than the previous E190; for communities around LCY this means the E190-E2 noise footprint at takeoff is 63% smaller than current E190s operating from LCY. 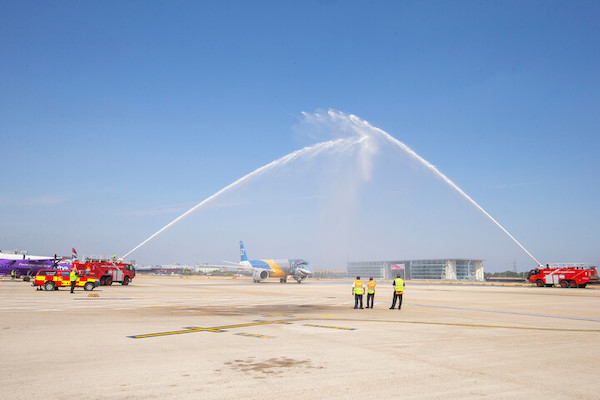 Alison FitzGerald, Chief Operating Officer, London City Airport, said, “We are delighted that this summer the Embraer E2 will join the London City family. Our investment in eight new Code-C aircraft stands was made with this aircraft in mind. And it’s a game changer for London City as it will be able to handle more passengers, offer an expanded range and do all of this whilst being quieter and more fuel efficient. For us, it represents another milestone in more sustainable aviation and I look forward to seeing more of these aircraft across our ramp in the years to come.”

Cesar Pereira, Vice President EMEA, Embraer Commercial Aviation, said, “Embraer aircraft represent 70% of aircraft movements at this iconic airport, in the heart of one of the world’s greatest cities. This is a source of great pride for Embraer, London City feels like home. We look forward to E190-E2s joining the Embraer jets already flying from London City with British Airways City Flyer, KLM Cityhopper, LOT, Alitalia, and Portugalia.” 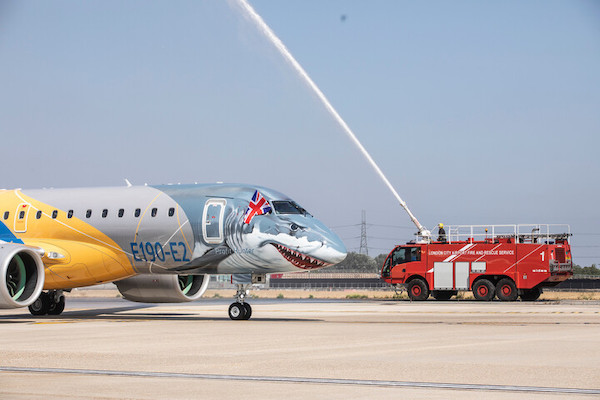 The E190-E2’s environmental credentials go much further than its quieter operation. The aircraft is 17% more efficient than its predecessor in fuel burn and emissions, while at the same time dramatically improving performance – range from LCY has nearly doubled with the E190-E2 to over 4000KM, bringing destinations such as Istanbul, Casablanca, and Moscow into range.

Steep approach certification, which enables increased descent angles of up to 5.5 degrees, reduces noise pollution for the surrounding communities. The system is enabled using a special software upgrade and the installation of a corresponding ‘Steep Approach’ switch on the cockpit control panel. Due to the cockpit commonality between the E190 and the E190-E2, pilots already cleared for LCY operation need no simulator based steep approach training. 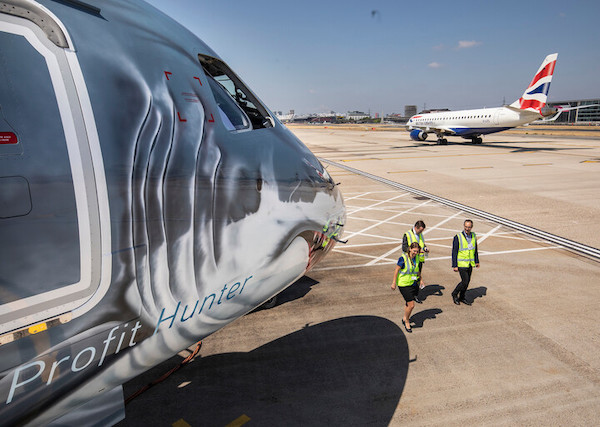