Passengers flying from Prague Airport will have so much more choice starting from  Sunday, 31 March 2019 as the summer schedule comes into effect.

You can have a lot of ideas where to fly and what to visit - 162 destinations in 54 countries, including 16 long-haul destinations, which is the largest number in the airport’s modern history.

“As part of the summer timetable, a total of four new airlines will be launching services from Václav Havel Airport Prague, two of them on long-haul routes. This proves our long-term success in motivating an ever-increasing number of airlines to open new routes from Prague, which ultimately means a wider choice of flights for our passengers,” says Vaclav Rehor, Chairman of the Board of Directors of Prague Airport. In comparison with the previous summer season, the total number of airlines running direct flights from Prague this summer will increase by two. Four new airlines, Air Arabia, SCAT Airlines, SunExpress, and United Airlines, will be operating their flights from Prague for the first time.

“The forthcoming summer timetable also confirms our long-term success in implementing a strategy to develop long-haul routes. During the summer, direct flights will be available from Václav Havel Airport Prague to a total of 16 long-haul destinations, which is the most in the airport’s modern history. In addition to new destinations such as Astana in Kazakhstan or Newark in New York, USA. Passengers flying during the summer season will also have the opportunity to fly to New York’s JFK Airport, Philadelphia, Toronto, and Montreal just like last year,” adds Vaclav Rehor.

In total, the summer timetable will see flights to 14 new destinations, alongside regular flights to Newark Airport in New York, which United Airlines will run from Prague daily, and flights to Astana, departing twice a week with SCAT Airlines. There will also be flights heading to Casablanca (twice a week with Air Arabia), Florence (offered 4 times a week by Vueling) and Billund (3 flights a week operated by Ryanair). Brand-new routes include two holiday destinations – Pescara in Italy and Zadar in Croatia. Thanks to these new summer routes operated by Ryanair, passengers can take advantage of faster and more comfortable way to destinations which until recently were mostly only accessible by road.

Some direct flights that were already available during the winter flight season will continue also during the summer season. These include, for example, flights to Amman, Marrakesh, Sharjah, Paris Beauvais and Moscow/Zhukovsky.

14 new destinations with regular transit (compared to the same period in 2018): 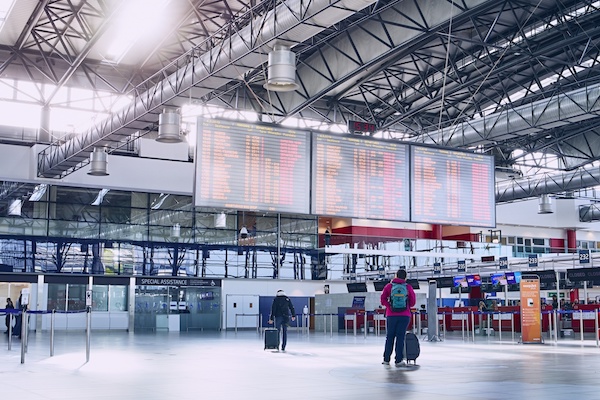 Loading comments for Make your choice - 69 Carriers and 162 Destinations for 2019 Summer Schedule from Prague...

Helitrans of Norway has become the first customer to take delivery of new Airbus helicopters using the e-Delivery process devised to enable deliveries while ensuring compliance with COVID-19 health an...

Wingcopter has been named a finalist in the XCELLENCE Awards by the Association for Unmanned Vehicles Systems International (AUVSI). The Germany-based manufacturer of autonomous delivery drones was se...