Heydar Aliyev International Airport (IATA: GYD) is the largest airport in Azerbaijan and the region in terms of passenger and freight traffic, takeoff and landing operations, the airport terminal area and capacity of the cargo complex.

In March 2019 Heydar Aliyev International Airport was named the best airport among airports of CIS countries for the level of the provided services for three years in a row. 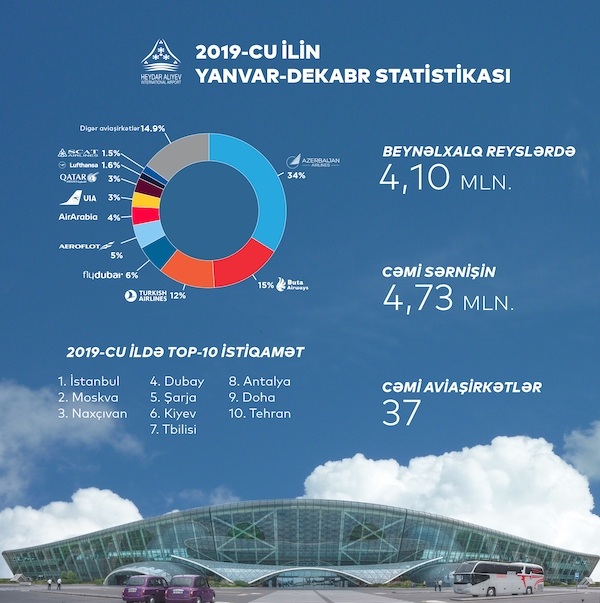 Loading comments for New record set by Azerbaijan airports in 2019...

Vertical Aerospace announces a collaboration with Heathrow Airport to explore how Vertical's VA-X4 eVTOL vehicle could operate from Heathrow by the mid-2020s. The agreemen...

Boeing said that airlines in the Middle East will require 3,000 new airplanes valued at $700 billion and aftermarket services such as maintenance and repair worth $740 billion, with the region positio...