A total of 17 airlines have already announced their intention to resume direct flights from Václav Havel Airport Prague. Specifically, 55 destinations have been listed, ten of which are already in operation. This week, direct flights to seven other destinations will be resumed, namely to Belgrade, Brussels, Budapest, Košice, Keflavik, Manchester and Munich. With regard to the selected key destinations, Prague Airport has already received confirmation of resumed operations to more than half of the places. Thanks to intensive negotiations between Prague Airport and airlines representatives, the list of destinations could expand further in the coming weeks.

“Thanks to our thorough and intensive negotiations with airlines, Prague Airport has been able to facilitate the gradual resumption of the direct air connections that were available to passengers before the COVID-19 pandemics and the connected worldwide crisis. At the moment, we have confirmed resumed operations on routes to a total of 55 destinations. Airlines are returning to their routes from Prague in line with the relaxation of travelling measures and, above all, in response to the demand for flying shown by passengers. It is this demand that will be key to the success of the resumed air connections in the coming weeks and months,” Vaclav Rehor, Chairman of the Prague Airport Board of Directors, said.

Currently, Václav Havel Airport Prague has confirmed resumed operations from 17 airlines. The airport is in negotiations with other airlines on an ongoing basis. As a result, the list of available destinations could be further expanded in the coming weeks. There are also three completely new routes among the already resumed ones, namely to Varna and Tirana operated by Wizz Air and the route to London Heathrow operated by Czech Airlines.

“Our main goal is to resume direct scheduled air connections to key destinations, which are major European cities used as important transfer hubs. These include, for example, London, Frankfurt, Paris, Amsterdam, Madrid and Vienna. In total, we have selected 45 such destinations and have received a confirmation of resumed flights already to 24 these destinations, which represent more than half of them,” Vaclav Rehor added.

At the end of this week, Václav Havel Airport Prague will be connected by direct flights with a total of 17 destinations operated by 12 airlines. However, passengers must continue to pay close attention to the conditions for travel set by national governments, not only on the part of their home country but also on the part of the countries to which they travel.

A number of protective measures have been in place at Václav Havel Airport Prague set up to prevent the spread of the COVID-19 disease and protect the health and safety of passengers. For several months, Prague Airport has been in close co-operation with public health protection authorities, such as the City Health Station of Prague, consulting the current situation and all applied measures on an ongoing basis. These include, for example, the maintenance of a safe distance between people in all areas around the airport, thorough disinfection of all frequented areas, installation of protective plexiglass or see-through foil at check-in and information counters and the prevention of excessive accumulation of passengers. All passengers can use over 250 disinfection dispensers placed across the airport. Passengers can also use online applications to check-in for their flight alongside self-check-in kiosks at the airport to avoid contact with airport employees. The airport is also very active in the area of education of all its employees.

“The health and safety of passengers is our utmost priority. Therefore, we have introduced strict safety measures at the airport, which consist mainly of operational changes, hygienic procedures and access to information. In this context, passengers must comply with clearly defined rules on airport premises, such as wearing a face mask, maintaining a safe distance and paying adequate attention to hand hygiene,” Vaclav Rehor noted. 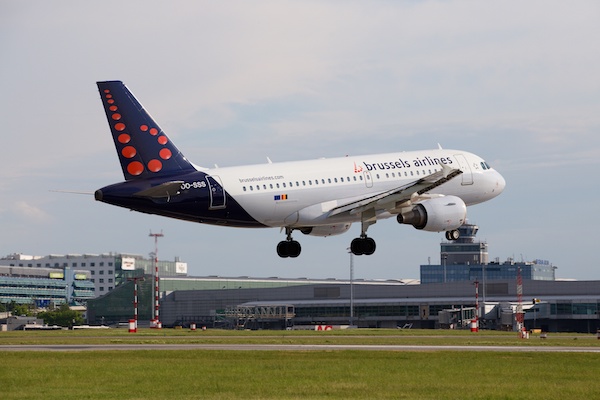 NeBeSci has been appointed as Daher’s Kodiak 100 dealership in the Philippines, providing an in-country sales presence for this multi-mission turboprop-powered utility aircraft at the south...

SmartLynx carries vaccines to support the fight against COVID

Some of the most valuable commodities on the planet at present are the vaccines being used in the fight against COVID-19. Ever since the first days of the pandemic, SmartLynx Airlines Cargo has been p...