Korean, Chinese, Arabic, Russian, and naturally Czech and English. Digital signage, which was launched for passengers at Prague Airport and is located at the entrance to pier B in Terminal 1, is available in six language versions. The signage offers information displayed on digital screens and reflects the current traffic and passenger flow throughout the day. The new technology is now being tested. If it proves successful, the airport is planning to install it in other locations as part of its daily operations. 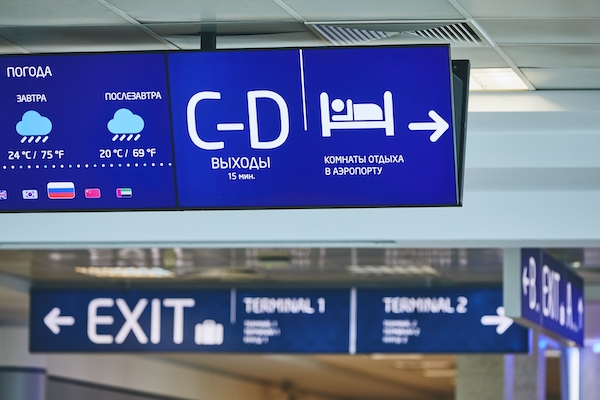 “As the number of flights at Prague Airport continues increasing, so does the number of passengers with specific language requirements. The growing amount of air traffic calls for information to be provided faster and more efficiently. Therefore, digital signage is another project of Prague Airport´s technology development, which goes hand-in-hand with its construction development,” says Václav Řehoř, Chairman of the Board of Directors of Letiště Praha.

The new digital signage system can be found at the entrance to pier B in Terminal 1 and includes a total of eight screens. It responds in six selected languages depending on the specific locations from where passengers have come or to where they are going at any given moment. This means that during the day, active language versions change depending on the composition of the passenger flow. In addition to the standard Czech and English versions, the navigation also offers Arabic, Russian, Korean and Chinese, which are the main languages for passengers who may not be able to speak English well enough. 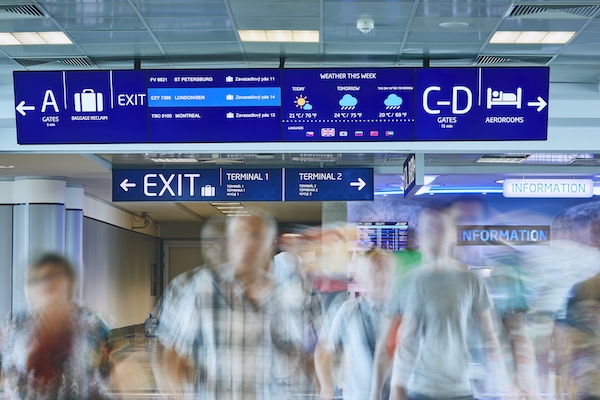 Thanks to its state-of-the-art technology, the signage system provides much more information than conventional information boards. In pier B, it shows passengers who are getting ready to depart which gate they have to go to and how many minutes they will need to get there. With the help of pictograms, passengers can learn about the services located in the vicinity, such as restaurants and bathrooms, as well as where they can find a first aid defibrillator. Passengers arriving in Prague can read which path to take to reach a specific part of the airport, such as passport control, how long it will take them to get there, which carousel will have their luggage, and what the current weather in Prague is. The digital signage system also displays, in a flexible and quick manner, necessary and clear information about any unexpected situation or non-standard operation at the airport.

Besides digital signage, Prague Airport is preparing other projects in the field of technological development. PRGAirportLab initiative participates in these projects.For the second year now, PRGAirportLab has been focusing its projects with the help of modern technologies on five areas: safety, virtual shopping, mobility of the future, customer experience and a comfortable journey through the airport,”says Václav Řehoř, Chairman of the Board of Directors of Letiště Praha.

The navigation system at Prague Airport will be tested until the end of October. After that, based on the pilot run results, it will be decided whether or not to use the digital navigation system in other key locations where passenger flow is the heaviest and at intersections from where other parts of the airport can be accessed. 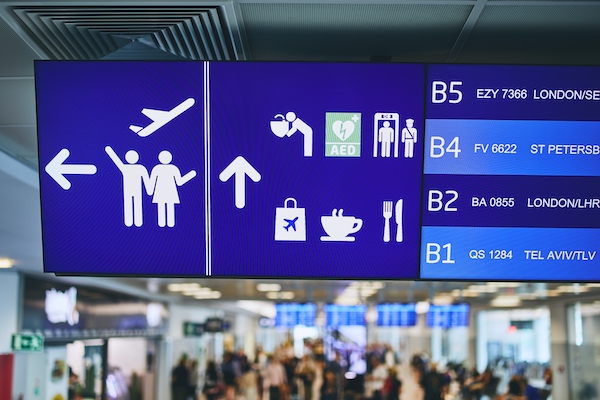