Based on the latest operating results, Prague Airport handled a total of 17,804,900 passengers in 2019. That means that approximately one million more passengers passed through the airport than in 2018, which sets another historic record and a 6% year-on-year increase. Throughout the entire year, 71 airlines provided regular connections from Prague to a total of 165 destinations, of which 15 were long-haul. The airport reported a significant increase in the number of passengers also on long-haul routes, overall by 10.9%. This positive trend is supposed to continue in 2020, during which two more long-haul destinations will be added  ̶  to Chicago and to Hanoi. Traditionally, the busiest routes last year were to the United Kingdom and the highest number of passengers were headed to London. The biggest year-on-year increase in the number of handled passengers was to Antalya.

Over the past year a total of 154,777 take-offs and landings were performed (flight movements) at Václav Havel Airport Prague. Even though the number of passengers increased, the number of aircraft movements decreased last year, namely by 0.5 percent. The main reason for this result are higher passenger load factor (capacity utilisation) and the use of aircraft types with higher seating capacity. 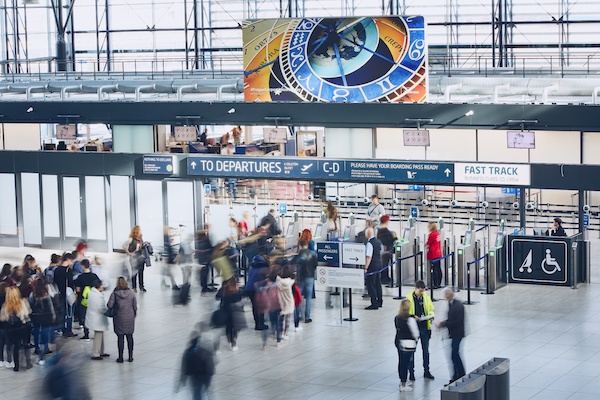 “The 6% increase in the number of handled passengers that was reported last year is a great result. With these results, we slightly exceeded our prediction made at the beginning of 2019. The reasons for the steady increase include a higher number of long-haul connections and their higher capacity, as well as more frequencies to the busiest European cities, such as London, Amsterdam and Moscow,” said Vaclav Rehor, Chairman of the Board of Directors, Prague Airport. “For this year, we are also predicting further growth in the number of passengers, which, however, would already put us over the limit of our operating capacity. We will launch several important development projects directly in the terminals. Unfortunately, these changes may temporarily affected comfort of our passenger but it will ultimately lead to an even more modern and convenient airport once they are completed,” added Vaclav Rehor on the 2020 outlook. 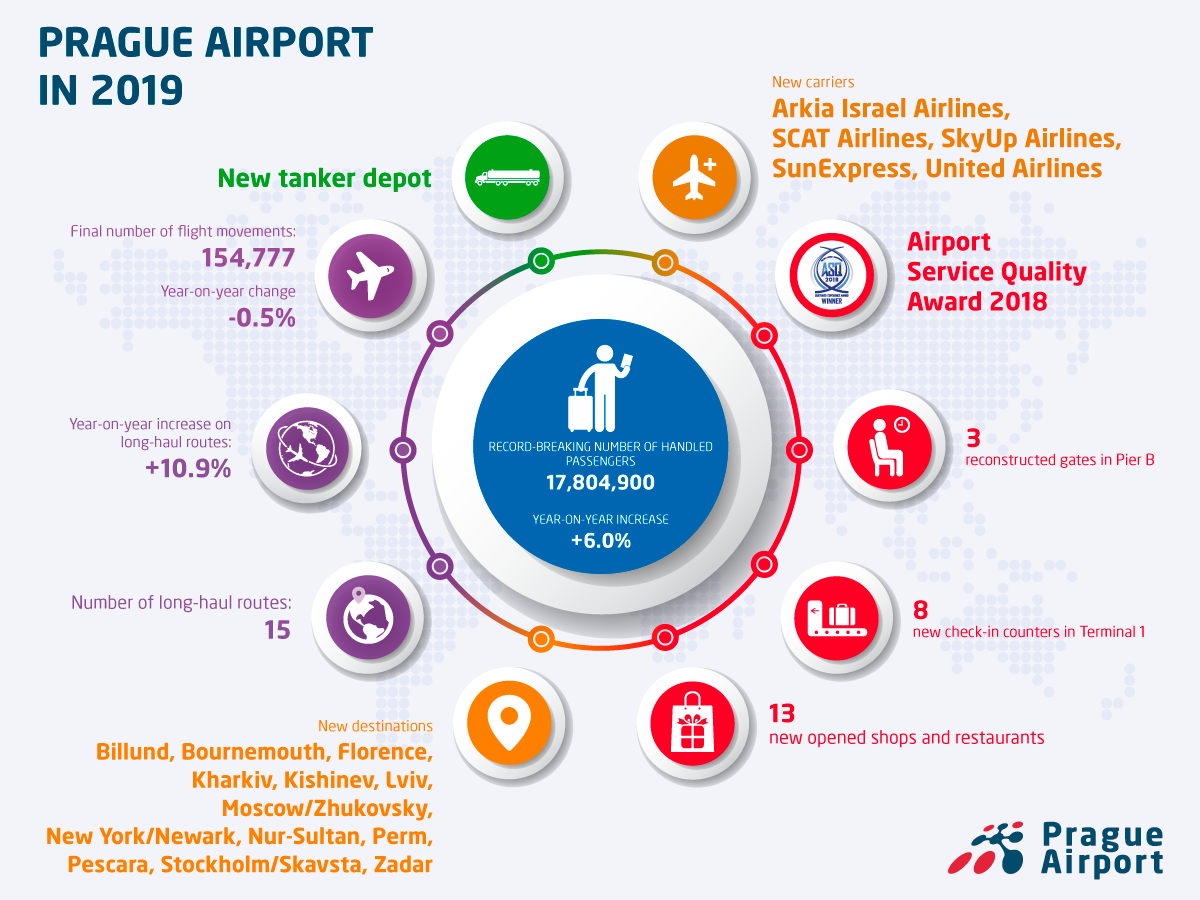 The busiest month of 2019 was August with 1,996,813 handled passengers. The daily average at Prague Airport was almost 49,000 passengers and the busiest day was on Friday, 28 June 2019, when a record number of 70,979 passengers were serviced in a one day. New routes opened in 2019 included two long-haul routes and a several connections to the European cities. The following destinations were added to the map of direct flights from Prague: Billund, Bournemouth, Florence, Kharkhiv, Chisinau, Lviv, Moscow/Zhukovsky, New York/Newark, Nur-Sultan, Perm, Pescara, Stockholm/Skavsta, and Zadar.

The largest number of passengers used regular direct service to the United Kingdom, Italy, Russia and Spain, and based on the operating results, fifth place was taken over by France. London confirmed its position as the busiest destination in 2019, followed by Paris, Moscow, Amsterdam and Frankfurt. Looking at the year-on-year figures, Antalya (Turkey) reported the highest increase. Compared to 2018, the number of passengers travelling to this popular holiday destination from Prague grew by 41%. The other destinations with the highest passenger increase were Amsterdam and Doha, the capital of Qatar.