Europe’s leading business aviation airport, TAG Farnborough Airport has been awarded carbon neutral status, the first business aviation airport in the world to achieve this under Airport Carbon Accreditation run by Airports Council International Europe (ACI EUROPE).  To achieve carbon neutral status, an airport must have mapped its carbon emissions, reduced CO2 emissions under its direct control, engaged with others on the airport site to reduce their emissions and invested in responsible and credible programmes to offset residual carbon emissions.

Over the past decade, TAG Farnborough Airport has reduced carbon emissions over which it has direct control by 42 per cent or 2,183 tonnes (2008 carbon emissions: 5,242 tonnes) and over the past 5 years alone has invested over £1 million into energy efficiency projects.

“As a world-class facility, TAG Farnborough Airport is committed to responsible and sustainable development through comprehensive management of our environmental impact. Whilst carbon neutrality is without a doubt an important milestone in our carbon reduction efforts, our work in this field by no means ends here and we will continue to identify new and innovative ways to improve our sustainable credentials,” said Miles Thomas, Environment Manager TAG Farnborough Airport.

Olivier Jankovec, Director General, ACI EUROPE, said, "We firmly believe that every aspect of aviation needs to try to address its carbon footprint and business aviation is no exception. As the first carbon neutral business aviation airport in the world, the team at TAG Farnborough Airport are pioneers in this regard, having engaged in ever-greater efforts in sustainability over the past years, allowing them to rise through the levels of the Airport Carbon Accreditation programme, to reach their ultimate goal today. I congratulate them on setting what we hope will become a trend among other business aviation airports that become inspired by their example.”

Attaining carbon neutral status is the culmination of over a decade’s work by TAG Farnborough Airport’s environmental team, headed by Miles Thomas.  A host of projects with a focus on energy efficiency, staff accountability and awareness training, driven by the airport’s ISO14001 certification, have been key contributory factors in achieving carbon neutrality.

Projects have included upgrading to LED lighting across the airport site which at the airport tower alone saved 15 per cent (13,902 kwh) of total electricity consumption in the first two months.  This year TAG Farnborough Airport committed to REGO (Renewable Energy Guarantees of Origin) energy supply which will see the airport’s annual footprint reduced by a further 2,000 tonnes and help to support the renewable energy sector.

Sustainable travel across the TAG Farnborough Airport site has also helped to minimise liquid fuel use and a network of 20 electric vehicle (EV) chargers has enabled the use of electric vehicles from small ground handling trucks to a Tesla Model S.  A bicycle fleet is also available for staff to enable footprint free travel between buildings.

TAG Farnborough Airport has offset residual emissions (over which the airport has direct control) through a credible and certified offsetting project. In conjunction with Carbon Footprint Ltd, 2017 carbon emissions were off-set through school tree planting projects in the local area paired with a conservation project in the Amazon rainforest (Florestal Santa Maria Project) which protects trees in one of the most biodiverse places in the world. TAG Farnborough Airport worked with twelve local schools and charity organisations, planting 3,500 trees with assistance from staff and children.

Looking to the future, projects with the aim of further reducing carbon emissions will include the total re-fit of the airfield ground lighting system, replacing the old tungsten fittings with LED lighting. 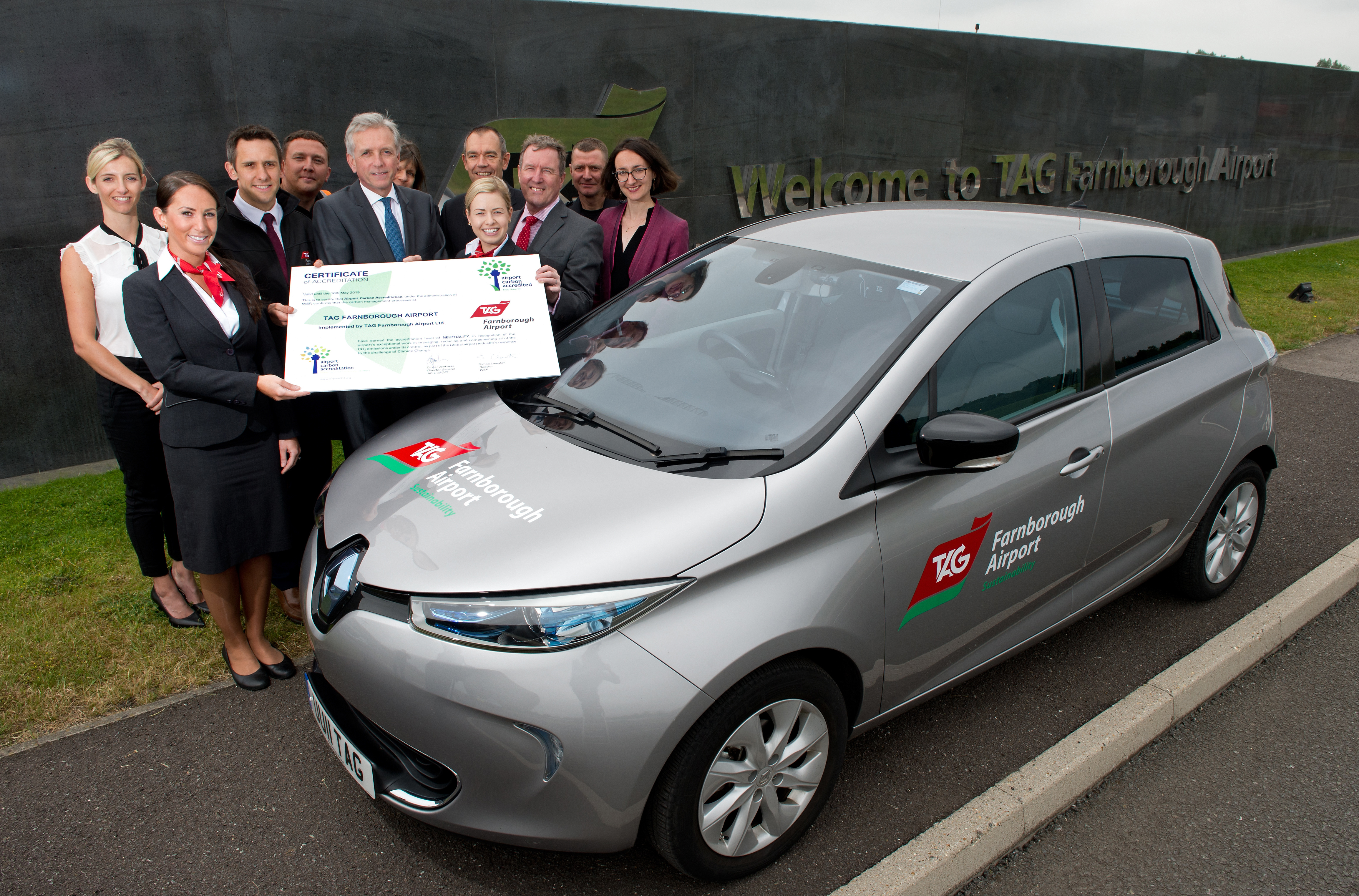 The promising light multipurpose aircraft LMS-901 "Baikal", created to replace the Soviet aircraft An-2, was "blown" in the wind tunnel of the TsAGI im. Zhukovsky. The re...