According to the latest International Airport Council International (ACI) data, in 2017 Václav Havel Airport Prague ranked fifth among the fastest growing airports in Europe in the category of 10 to 25 million passengers.  The Prague Airport has secured the fifth place by the last year's record traffic of 15.4 million passengers. This represents a year-on-year increase of 17.9%, while the average passenger growth of European airports in this category was 11.3%.

“Last year, Václav Havel Airport Prague saw an increase not only in the total passenger traffic, but also in many other sub-indicators. The passenger increase was 16.5% on short routes to European destinations, while reaching 20% on long-distance flights. Passenger traffic also grew in the case of network carriers (+ 19.5%) and low-cost airlines (+19.6%). Growth is also expected this year, when we should approach 17 million passengers”, says Václav Řehoř, Chairman of the Board of Directors of Letiště Praha, a.s.

Among the first six fastest growing European airports in its category, Prague recorded the lowest year-on-year increase in air movements (+9.3%). Year-on-year growth in flight movements was 29.4% in Antalya, 12.2% in Warsaw, 15.2% in St. Petersburg, 13.2% in Ankara and 11.5% in Lisbon. “Despite a record increase in passenger traffic, we are able to maintain a slower growth in air movements, as a result of the efficient use of capacities, to which airlines are actively motivated”, adds Václav Řehoř, Chairman of the Board of Directors of Letiště Praha a.s.

Airport Council International Europe brings together more than 500 airports from 45 European countries. Airports that are members of the association account for more than 90% of commercial air transport in Europe. 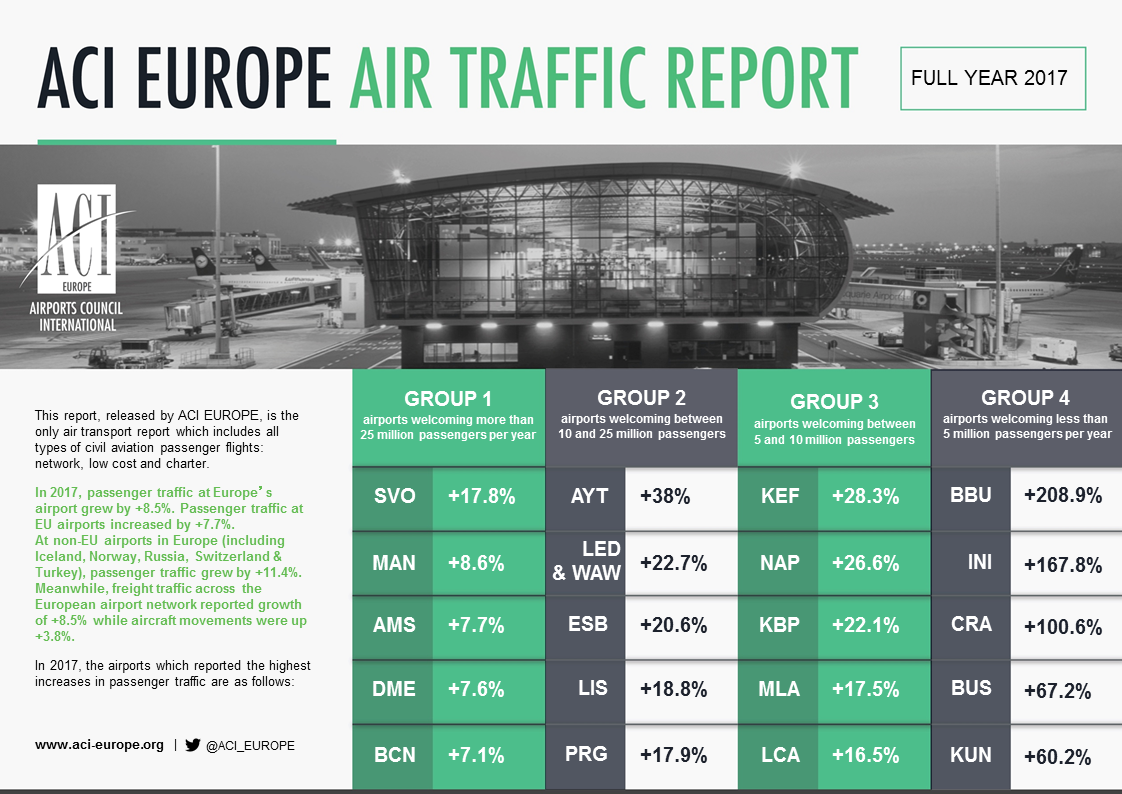 Loading comments for Václav Havel Airport Prague is the fifth fastest growing airport in Europe in the category of 10 to 25 million passengers...