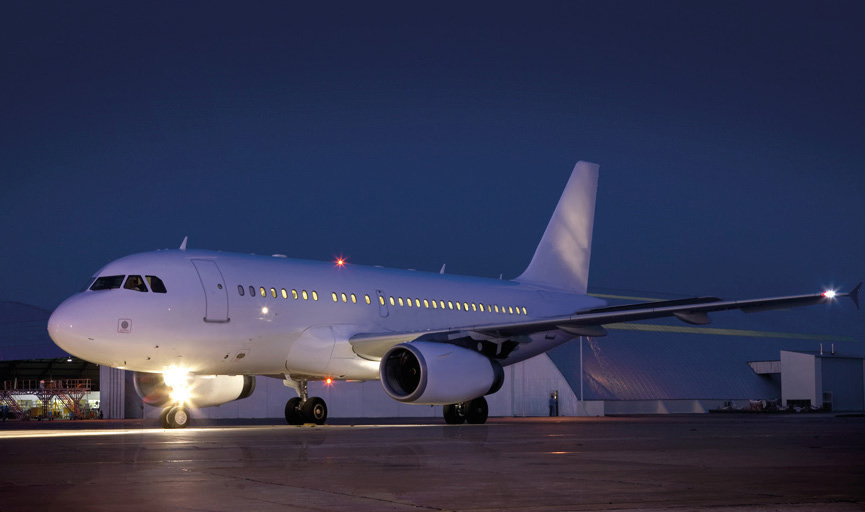 Germany´s largest general aviation fleet-operator, FAI rent-a-jet AG, a member of FAI Aviation Group, has announced further fleet expansion with the addition of its largest corporate aircraft to date, an Airbus ACJ319 Corporate Jet. Newly registered D-AXTI will be available for lease and ad hoc charter from early 2018 following an extensive cabin upgrade and other enhancements.

With 29 VIP seats, the ACJ is equipped with five additional fuel tanks, enabling a range of more than 5,000 nm or 11 hours’ flying. The 2001-built aircraft will feature a VIP bathroom with shower and will be equipped with the latest communications and inflight entertainment technology, including high-speed connectivity and wireless iPad controls.

The ACJ319, which offers almost twice the cabin size of a traditional business jet, will be marketed by FAI specifically to the 19-seat plus, large-cabin user market. It is anticipated that it will be maintained by FAI’s MRO subsidiary, FAI Technik.

“While there is plenty of supply in the charter market up to 19 passengers, we have something very unique in this class with our 29-seat layout.  The ACJ will be excellent for corporate shuttles, groups, music and sports tours, and conference and incentives - where we can fully brand the aircraft.  This aircraft became available recently (it was previously under bank ownership) and we are delighted to add it to our growing fleet and move into a new market ourselves,” commented Siegfried Axtmann, FAI´s Chairman.

FAI plans to showcase the aircraft to the charter broker fraternity early next year.

The ACJ will join a total fleet of 25 aircraft based at FAI’s headquarters in Nuremberg, Germany including four Global Express, six Challenger 604, 11 Learjet 60, one Learjet 55, one Premier 1A and a King Air 350.

Avia Solutions Group has finalized the acquisition of Bluebird Nordic

On the 24th of January 2020, Avia Solutions Group signed an agreement with BB Holding EHF for the full acquisition of Bluebird Nordic, which entails a 100% stake ownership of the company’s share...