Piper Aircraft announced that it has been awarded approval from the European Aviation Safety Agency for its M600/SLS HALO safety system with Garmin Autoland.

“The European certification is a key milestone for the M600/SLS aircraft, which has garnered substantial interest with the Garmin Autoland system. Additionally, the aircraft features competitive range, payload and safety features along with outstanding acquisition and operating economics”, said Ron Gunnarson, Vice President of Sales, Marketing and Customer Support. “Our customers are looking for the kind of unique value proposition only available in the M600/SLS as well as the peace mind that comes with HALO and the Garmin Autoland system.”

As the global pandemic begins to subside, Piper Aircraft will launch a robust European M600/SLS demo tour, visiting all Piper dealer partners as well as key markets later this summer.   To date, the M600 SLS has flown more than 100 autoland demos. These demonstrations played a key role in delivering 67 autoland-equipped aircraft in the U.S. market already. The first M600 SLS with HALO Safety System and Garmin Autoland will be officially delivered under European registry in late Q2 of this year.

The Piper M600/SLS with HALO Safety System is the first general aviation aircraft certified with Garmin Autoland. The revolutionary system supports digital technology that safely lands the aircraft at the nearest suitable airport in the event that the pilot is incapacitated. Additionally, the Garmin G3000 avionics suite includes Auto-throttle, Autoland, Emergency Descent Mode, Electronic Stability and Protection, Surface Watch, Safe Taxi, and Flight Stream 510 all of which are designed to enhance safe operation of the aircraft. Beyond the flight deck, the 6-seat M600/SLS is powered by a Pratt & Whitney PT6A-42A 600shp engine. The aircraft has a maximum cruise speed of 274 ktas/507 km/h, a max range of 1,658 nm / 2,748 km, and a standard useful load of 2,400 lbs. / 1,089 kg. 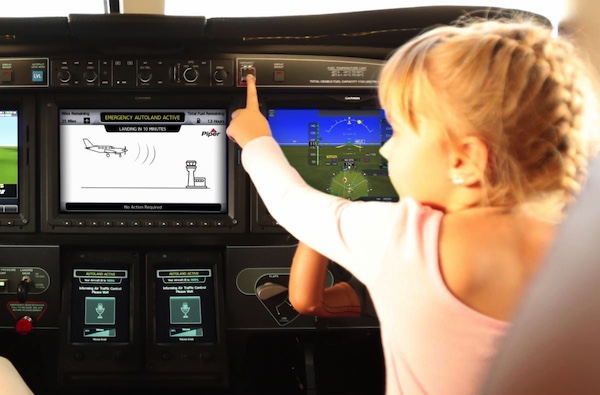