ConnectJets, Piaggio Aerospace’s exclusive sales agent for the British Isles, today confirmed the first delivery of an Avanti EVO to a UK customer. The aircraft will be available in Europe for charter through ConnectJets supplementing private use by the owner.

The Avanti EVO is one of the world’s fastest turboprops. There are currently around 220 P.180 Avanti aircraft in service, with growing global interest and presence. The innovative 5-blade scimitar propellers and the three-lifting surface configurations marry together to reach top speeds of 402 KTAS (745 km/h), while its shape aids significant fuel savings and lower emissions, compared with other aircraft in the same class. The Avanti EVO is a great option for continental destinations, thanks to its ability to land on short, or even semi-prepared runways, giving it access to peripheral airports and small airfields that are inaccessible to commercial airliners.

The fully customizable, seven-seat configuration fuselage, with the best stand-up height of its class (5ft 9in/1.75m), can meet most exacting standards, with luxurious materials crafted to suit owners’ specifications.

The new owner, who lives and works in the UK, said: “The Avanti EVO was my first choice for a short haul aircraft in Europe. Not only it is exceptionally fuel efficient, but the interior space is very large for an aircraft of its type. After spending many hours cooped up in small light jets, the height and width of the cabin space is extraordinary. Piaggio Aerospace have fitted out the interior of the aircraft to a very high standard which makes it enjoyable and comfortable to fly in, even during three and four-hour flights. Having a plane which is easy to use for short hops from around Europe, and also comfortable for longer London to Moscow or London to Istanbul flights were key requirements. The innovative design of the plane is a real head turner when it’s on the ground too.”

Gabriella Somerville, Founder and Managing Director of ConnectJets, said: “I am delighted to have concluded this sale to a private individual, who in addition to using the aircraft for their own use, is going to make this one of a kind aircraft available for third party charter. There is a very strong demand for the Avanti EVO in the European charter market, with its ability to serve Europe’s shorter runways like London City Airport. Moreover, with increasing focus on the environment and air quality, the introduction of the pioneering Avanti EVO into Europe’s skies and into the wider charter market could not come at a better time. With increasing sales demand for the Avanti EVO, ConnectJets is undertaking further commercial initiates to expand the presence of the Avanti EVO within the UK.”

In related news, ConnectJets has recently moved to smart new offices at 27 Knightsbridge, London, which features a facility to virtually showcase the Avanti EVO.  The team has also been further bolstered by the arrival of James Banham, who takes responsibility for partnerships, evens, marketing and business development.

Boutique private aviation company ConnectJets has, since its launch in 2009, established itself as a true innovator, focused on bespoke solutions for the private travel needs of individuals, businesses, governments and royalty - including jet and helicopter charter and aircraft sales. The company has the exclusive sales agreement to market the innovative Italian-designed and built Avanti EVO turboprop from Piaggio Aerospace.

ConnectJets also serves as a conduit for arranging business aircraft charter, lease and latterly aircraft sales opportunities to clients across the world.  Founder and managing director of ConnectJets, Gabriella Somerville, is one of the aviation industry’s most visionary entrepreneurs; with over 25 years’ experience in commercial and private aviation. 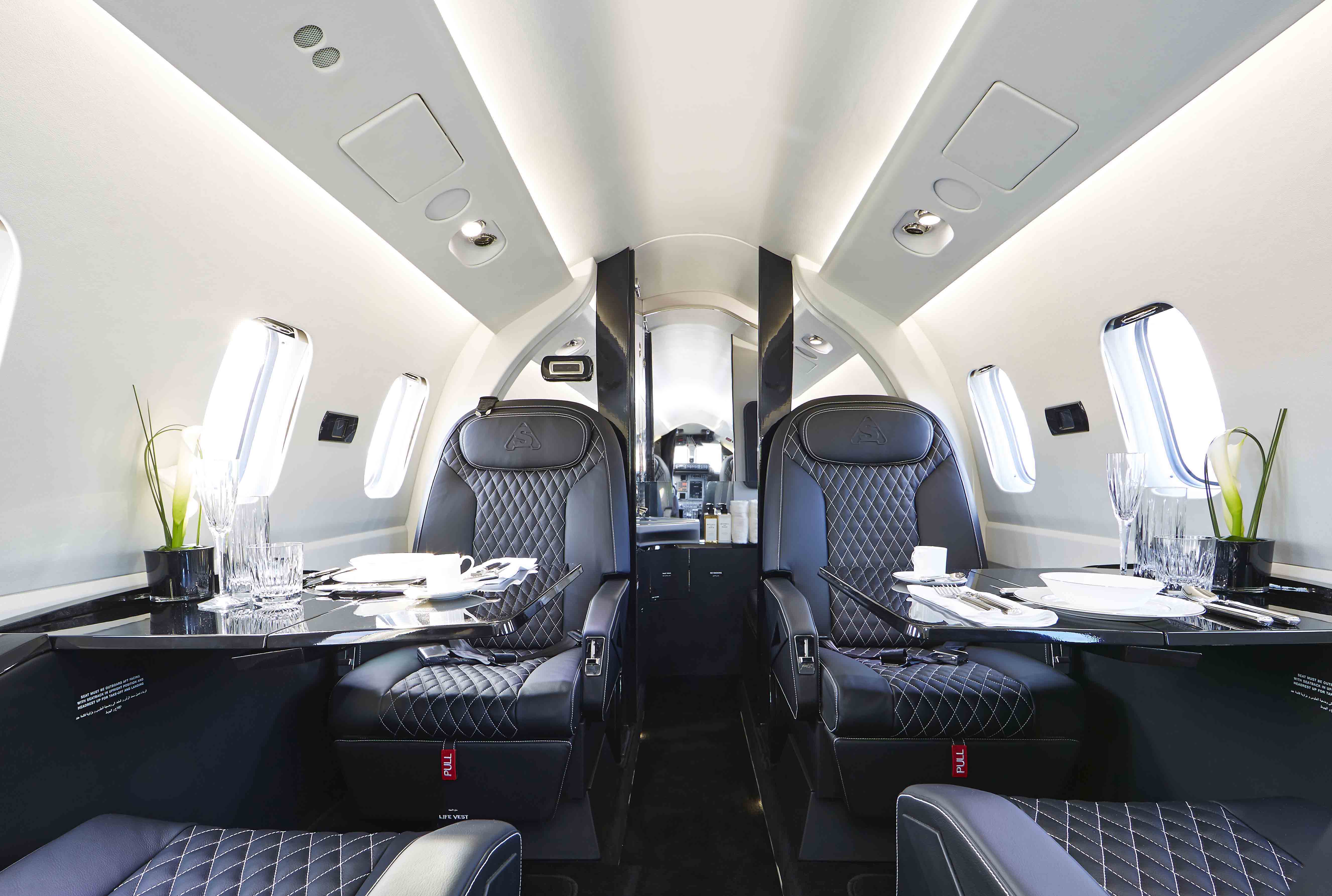