Diamondo Earthrounding completed its globe circling mission arriving back at Zurich Airport in time for World Earth Day. The goal of the mission, that was comprised of 111 days enroute, 75 destinations in 35 countries on 5 continents, was to link initiatives accelerating sustainable aviation around the world. Tamarack was one of 16 key sustainable initiatives highlighted by the Earthrounding pilots.

The Earthrounding team selected Tamarack as one of their stops because they identified Tamarack’s technology as an important contributor to helping aviation meet its UN sustainability goals of 50% reduction in net carbon emissions by 2050 compared to 2005 levels. Aviation is estimated to be responsible for approximately 2-3% of global carbon emissions today.

The Earthrounding mission was able to reduce 80% of their emissions during their trip through the use of Sustainable Aviation Fuels while also compensating for the remaining 20% emissions through myclimate. Diamondo Earthrounding is a Swiss non-profit initiative, funded by donations, and led by Robin Wegner, a Swiss Air Force helicopter pilot and Matthias Niederhauser, an aviation consultant.

“World Earth Day is an important day for Tamarack Aerospace and we were very excited to be selected to participate in the Earthrounding sustainability initiative. The event  shined a spotlight on the current state of aviation and the environment, and why the aviation industry must act on climate change now while longer-term solutions are being developed. Tamarack’s technology is here and available right now and we hope all aviators do what they can as soon as they can for sustainable aviation,” according to Jacob Klinginsmith, President of Tamarack.

“A highlight of our mission was to stop at Tamarack’s Transformation Center at Aiken, South Carolina and see the installation of an Active Winglet on a Cessna CitationJet. The fuel savings from the modification and Tamarack’s technology is a powerful example of how aviation should be actively reducing fuel consumption and using innovative technology to reduce or eliminate the carbon footprint on our planet,” said Niederhauser

As demonstrated in Tamarack’s Aviation Sustainability Initiatives white paper, Tamarack’s patented Active Winglet is a scientifically proven and game-changing technology. Tamarack’s SMARTWING™ technology provides multiple performance and sustainability supporting benefits, including up to 33% increased range in modified aircraft and the ability to reach optimum altitude without a step climb in under 30 minutes, while also reducing noise pollution. The technology allows for more non-stop missions and smoother rides than, for instance, other flat-wing CitationJets are capable of offering. The SMARTWING™ technology modifies an aircraft’s wingtips and features autonomous and almost instant predictive and reactive load alleviation. 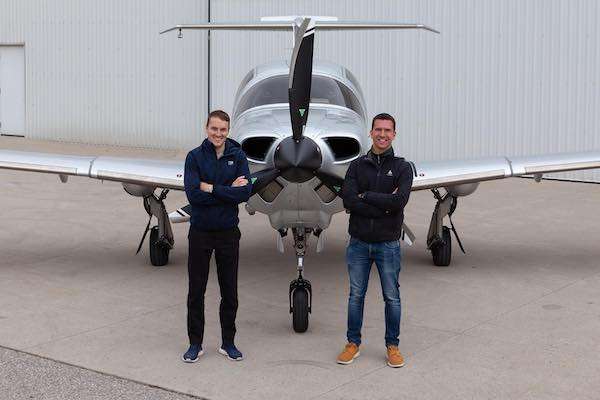