ExecuJet, part of the Luxaviation Group (EBACE booth number T70), is celebrating a series of successful initiatives across its 25-strong FBO network over the past 12 months.

Ettore Poggi, who was appointed to the new role of Group FBO Director on 1 November 2016 to oversee the development of ExecuJet’s and the Luxaviation Group’s growing FBO business, says: “We are extremely proud of the development of our network over the last year. We have successfully integrated Luxaviation’s existing FBOs, expanded and refurbished a number of ExecuJet FBOs and opened four new FBOs in Brussels, Monterrey, St Maarten and Sydney.

“The services we provide at our FBO facilities are world-class. We own and maintain all of our own ground support equipment, an intrinsic part of our service offering, reducing potential delays and safety related incidents for our clients.”

ExecuJet has also recently been recognized by IBAC as an early adopter ‘trailblazer’ of the IS-BAH Programme, in response to ExecuJet’s pioneering initiatives in best practice within the business aviation industry.

Gerrit Basson, President, Luxaviation Group, says: “Together, ExecuJet and the Luxaviation Group are setting new standards in business aviation management, customer service and safety. We work toward the most highly recognized industry regulations in order to deliver excellence at all of our FBOs and in every area of our business.”

In June 2016, ExecuJet announced the acquisition of its first FBO in the Caribbean region, at Princess Juliana International Airport on the island of St. Maarten. Also in June, ExecuJet celebrated the opening of its first Mexican FBO at Del Norte International Airport in Monterrey, Mexico. The state-of-the-art facility offers the largest handling area at Del Norte’s General Aviation Terminal (GAT) and also boasts the largest hangar in the north of Mexico, covering an area of 3,700 m².

In February 2017, ExecuJet expanded its presence in Sydney, Australia, with the acquisition of an FBO to complement its existing maintenance, flight operations and administration facility. The recently renovated FBO is located at Sydney’s Kingsford-Smith Airport, just 12km from the city centre, and consists of a dedicated VIP guest lounge, passenger amenities and private meeting rooms for guests in transit and Customs & Immigration processing facilities.

ExecuJet has seen its new Brussels FBO gain IS-BAH accreditation, making it the first FBO facility in Belgium to do so. The Brussels FBO, previously managed by Abelag and now integrated under management by ExecuJet since December 2016, is based at Brussels International Airport, 6.5nm north-east of the city centre. It offers first class facilities and operations including VVIP lounges with exceptional views of the runway, three well-equipped meeting rooms with free Wi-Fi and full crew facilities including a pilot’s lounge and two private hangars.

Following the acquisition of the largest FBO at Munich International Airport from EBAS, the ExecuJet Munich FBO has been refurbished with a dedicated crew room/restroom and a separate passenger lounge with boardroom.

ExecuJet’s Delhi FBO was completed and work has begun on a new airside passenger lounge. 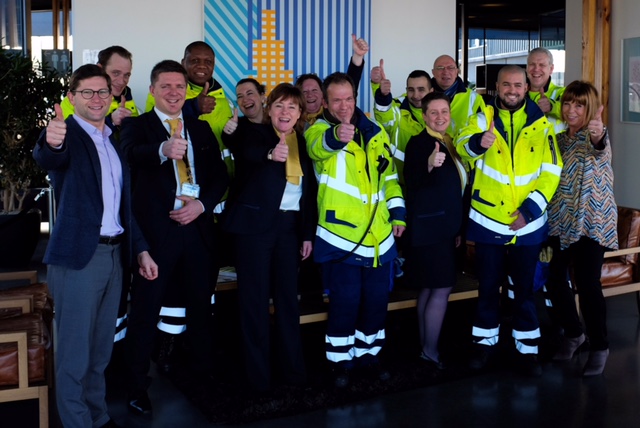 Azur Drones, one of the world leaders in drone-in-a- box solutions for surveillance and inspection, has recently obtained validation of its Skeyetech system by the giant TotalEnergies, confirming its...