One month ago BLADE launched helicopter flights Manhattan and John F. Kennedy Airport. Now, the expansion ot its service - including LaGuardia Airport  and Newark Liberty International Airport.At this moment, BLADE’s service is the largest Urban Air Mobility initiative in the United States and will further advance the company’s mission of enhancing the reach and affordability of urban aviation.

“Since expanding our continuous flight service between Manhattan and JFK, we are seeing faster than expected adoption by people choosing to fly to the airport rather than driving,” said Rob Wiesenthal, CEO of BLADE. “It has become immediately apparent that fliers want the flexibility to fly between Manhattan and, not only JFK, but all area airports.”

At $195 per seat, BLADE consistently beats the price of app-based SUV’s during rush hour. Complimentary ground transportation between the airport helipad and all commercial airline terminals is included.

Through its alliance with BELL, BLADE’s airport service utilizes BELL 206L-4 helicopters, aircraft with one of the lowest noise and environmental footprints in the industry. Certain municipalities in the New York area have designated these helicopters under the “Not Noisy” aircraft classification. All flights strictly follow New York City noise abatement routes, altitudes, and best practices. 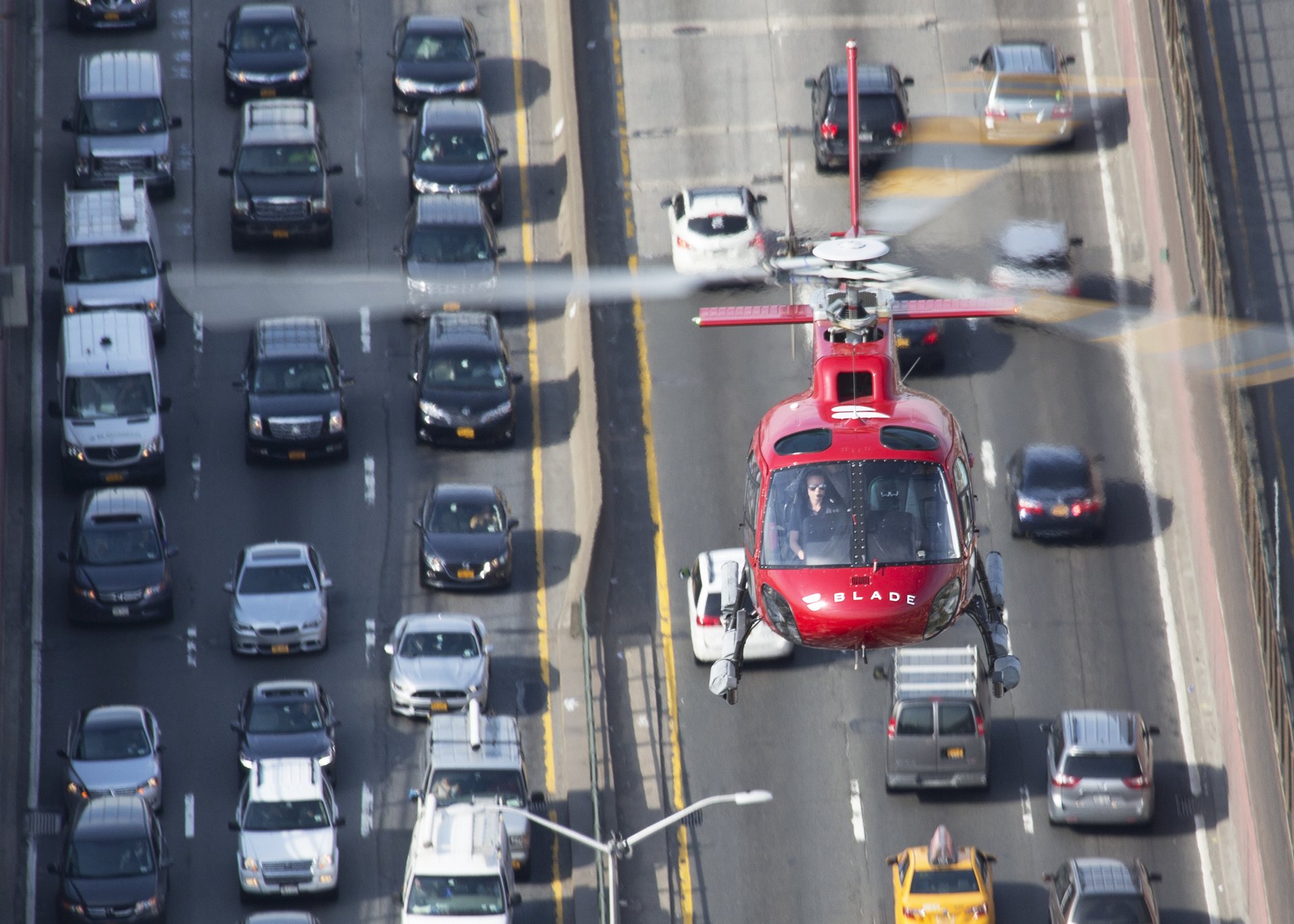