Inmarsat has successfully completed its Global Xpress ‘Around the World’ test flight on a Gulfstream IV aircraft from 5-11 June 2017. The exercise covered more than 25,000 miles and demonstrated the ability of Global Xpress to deliver seamless, worldwide coverage across multiple spot beams and satellites.

While government and business users have historically had to manipulate flight plans to avoid gaps in coverage and performance, the test flight enjoyed complete flexibility in route selection – beginning in the United States with stops in the United Kingdom, the United Arab Emirates, Thailand, Australia and Fiji.

A Global Xpress subscription-based data plan was configured for the Honeywell aero Tail Mount Antenna (TMA), with a committed information rate of 4Mbps forward and 1Mbps return but capable of 15Mbps or more.

Uniform coverage and service was delivered to the aircraft as it moved across 28 beams with handovers that went unnoticed by users; and three satellite-to-satellite handovers that were accomplished seamlessly.

Inmarsat’s always-on worldwide capability for VIP aircraft customers is part of its global mobility-centric strategy and unique in the market. Supporting the demanding ‘go anywhere, anytime’ nature of aviation operations for decades, Inmarsat is the market leader in providing a consistent, reliable L-band connectivity experience for users around the world.

Inmarsat offers Global Xpress as an end-to-end managed subscription service – SATCOM as a Service – that enables access to an always-on, worldwide network with 24/7 management, monitoring and support. With no infrastructure charges or R&D investment on their part, customers travel from one location to another, and simply ‘plug in’ to Global Xpress to get what they need, where they need it, and when they need it.

“Highly mobile, bandwidth-hungry government and commercial users can now travel the world and enjoy connectivity that allows them to conduct business as if they were in the office … even while 40,000 feet in the air.” 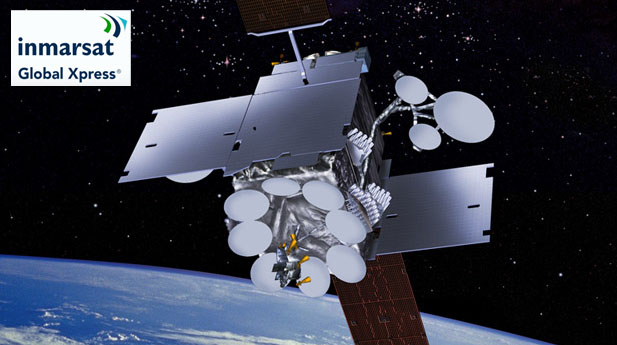