What is the impact of Covid-19 on the helicopter sector

Most countries across the world have shut down their borders and restricted their activities for several months. The Coronavirus pandemic has arguably led to the worst economic crisis since the 2008 financial meltdown and the future remains uncertain despite gradual economic re-boot.

The impact on the aviation industry and notably airlines is truly unprecedented with the cancellation of thousands if not all flights to control the spread of the virus. Moreover, most major aircraft assembly plants were forced to close or operate at a reduced pace.

The helicopter industry has been hit hard and faces difficult times ahead.

The helicopter sector as a whole was not as affected as were commercial airlines and even took centre stage in many countries helping allocate efficiently patients amongst strained medical facilities. Regardless, the helicopter industry has been hit hard and faces difficult times ahead.

If recent major market crashes for the last 20 years are anything to go by, we can expect the helicopter sector to take up to three years or more to get back to pre-crisis levels with the worse still to come. 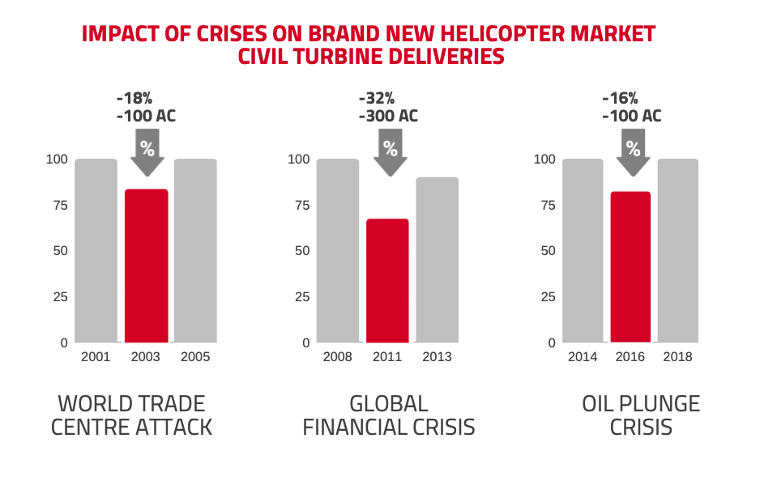 This year, OEMs are expected to deliver up to ~25% less helicopters than projected and new bookings could decrease as much as 30% to 50% which explains why next year’s output could be even worse than this year.

Following past experience, one would expect a full economic recovery for helicopter manufacturers only by 2024. There is hope of a faster recovery thanks to prompt response by major governments and central banks and hopes of a vaccine while at the same time politicisation of health policies namely in the US at the wake of the presidential election with looming anxiety of a so called second wave may protract any quick recovery.

The pre-owned market is correlated to the brand-new market for the most part and has plummeted at the onset of the crisis, however, it is affected differently and should evolve differently. 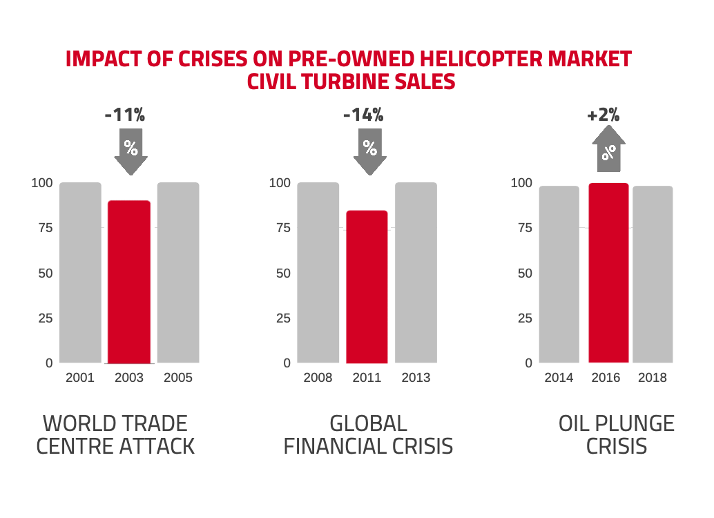 While most buyers may simply cancel or refrain from buying brand new, pre-owned buyers may simply downgrade from a newer more expensive model to a similar later model for example. Local EMS, Utility contracts and allocated budgets may remain and even be bolstered while private VIP usage may actually increase due to social distancing and difficult commercial transport.

And even as buyers wish to purchase brand new, production delays may urge some to look to the pre-owned market for faster options.

The pre-owned market should see further stress but not as strong or for as long as the brand-new segment.

The combination of these factors means the pre-owned market should see further stress but not as strong or for as long as the brand-new segment and Q2 may likely be the lowest point. 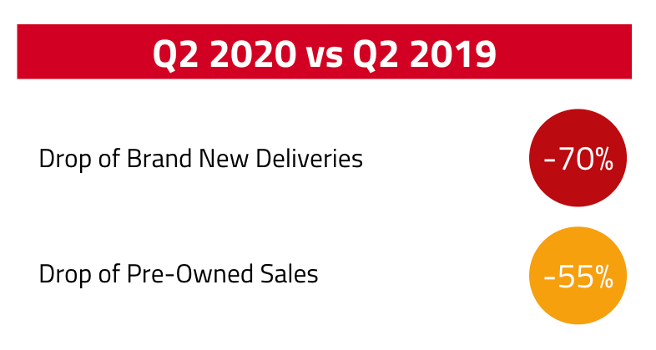 The total number of aircraft listed for sale online has not grown since the end of Q1, but it is expected to increase until the end of the year. This combined with the inevitable lower net demand, is causing a reduction in average resell prices.

The main hurdle lies in the difficulty to inspect helicopters across national and even state borders. Resellers are adapting through technology and proposing video pre-purchase inspections while global dealers can offer local inspection services.

All in all, the light helicopter market which carries less risk and is easier to inspect and ship has continued to be fairly liquid while heavier twin engine helicopters are most impacted. 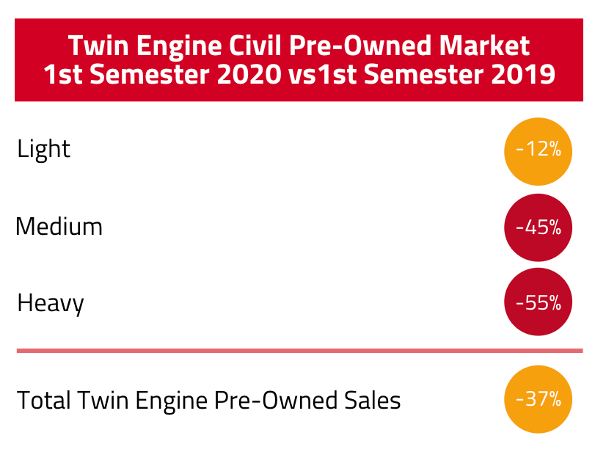 Another element to bear in mind is how OEMs have a tendency in times of crisis and lower helicopter production to look for extra margin and cash through after sales namely spares. We should see an increase in prices of spares especially for older variants which will actually play to some extent in favour of pre-owned sales feeding the part-out market. 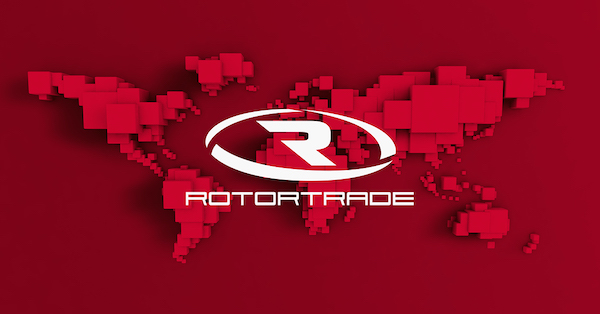 Founded in 2012 in Singapore, Rotortrade is an independent helicopter dealer and sole global distributor of Leonardo’s pre-owned helicopters. Its extensive network throughout the spectrum of the industry enables it to carry a broad fleet of aircraft from all major manufacturers. The company’s comprehensive range of end-to-end services includes pre- purchase inspections & evaluations, maintenance & retrofit management and OEM Certified Pre-Owned warranty on selected airframes and engines. Led and privately owned by several industry veterans Rotortrade currently has offices in Kuala Lumpur, Los Angeles, Mexico City, Marseilles, Melbourne, Montreal, Paris and Singapore as well as partnerships with regional market leaders around the world.

In this period of uncertainty, where countries have closed their borders and many companies scaled down their activities, Rotortrade enhanced its resilient workforce and adaptable operations to deliver helicopters to different parts of the world while protecting the health and the safety of the people and upholding government guidelines.

Rotortrade takes pride in sharing market intelligence reports with the sole intention of sharing market-related insights. The data, analysis and graphics contained in our research reports are obtained from authentic sources, analysed, and cross-validated by key opinion leaders in the industry. We take great care in ensuring the reliability and accuracy of information published by us. However, Rotortrade takes no responsibility for any inaccuracy in information (express or implied) supplied to us by users, manufacturers, or other entities. Thus, neither Rotortrade nor the authors provide any kind of qualitative or quantitative guarantee about the content being 100% accurate and some elements of opinion are simply the opinions of the company.


Loading comments for What is the impact of Covid-19 on the helicopter sector ...