With 118 individual events presented worldwide, Women in Aviation International’s October 5 Girls in Aviation Day 2019 reached approximately 20,000 attendees. Truly an international event, Girls in Aviation Day was celebrated not just in the United States but in 17 other countries in Canada and Australia as well as countries in Africa, Asia, and Europe. Girls were introduced to the career and lifestyle possibilities in aviation and aerospace through meeting role models, career panels, exploring airplanes and airports, and a host of hands-on, fun activities ranging from a sectional chart treasure hunt to making jewelry using A&P tools.

“Our primary goal is to introduce girls ages 8 to 17 to all the career opportunities aviation and aerospace offer,” says WAI Outreach Director Molly Martin. “We go beyond piloting careers to include air traffic controllers, mechanics, engineers, technicians and designers. In fact, one girl told me that she now wants to design aircraft interiors as her career. That’s a career she would never have even known of, much less considered, without Girls in Aviation Day.” 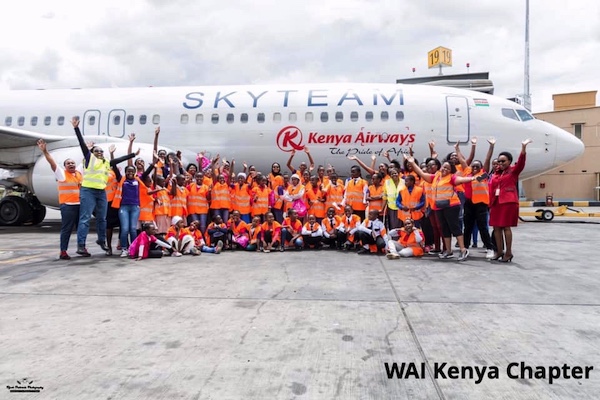 Interacting with young people typically nets blunt questions, and so it was with Girls in Aviation Day. One girl, hearing about a career in air traffic control, asked the controller, “If the airplane crashes, do you lose your job?” In calm, controller fashion, she replied, “We work very hard to make sure that doesn’t happen.” Another girl asked the pilot/role model, “Why do pilots say ‘mayday?’ You should just say, ‘Hello, I’m crashing.’“  Standing in front of a corporate jet, the adult asked a group of girls, “Who knows what makes an airplane fly?” and a girl tentatively guessed, “Money?”…probably from a girl with aviation in her family.

Speaking about the WAI Cleveland Chapter event she attended, Martin added, “I’m in awe of this new generation of aviation hopefuls who were wide-eyed when the medevac helicopter landed and the female crew emerged from the aircraft; asked great questions of female professionals from NASA and FAA and others on the career panel; groaned in frustration as they crashed their flight simulator into the trees on the side of the runway and then whooped with joy when they greased their landing on their next try.” She concluded, “You only have to attend a Girls in Aviation Day event to know that this is making a difference.” 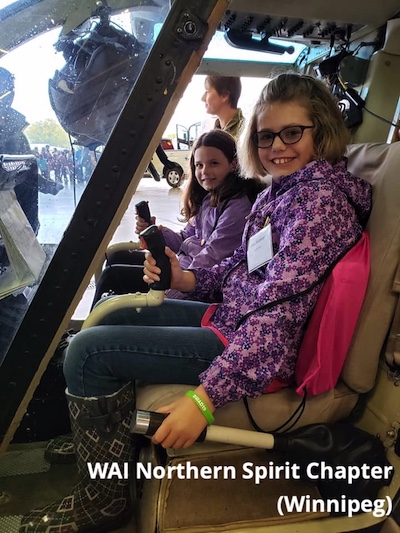