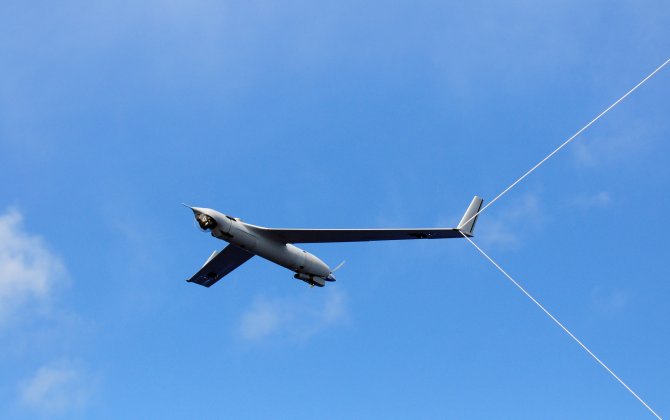 The Afghan military is expected to field its first specialized surveillance drones as soon as March, a U.S. commander in Kabul said on Thursday, as the Asian nation slowly expands its own air force.

The boost in military hardware comes as Afghan security forces, fighting largely alone since the withdrawal of most international forces in 2014, have struggled for months to hold back a Taliban insurgency.

The NATO-led military alliance will provide the remotely piloted ScanEagle aircraft, and will train Afghan soldiers to operate the system, said Major General Gordon Davis, commander of the unit that procures new equipment for the Afghans.

"We are just getting the first drones that will be deployed by the corps," Davis told Reuters in an interview. "We've been preparing sites. The pieces and parts are coming in now."

The first drones to be operated by the Afghan National Army will be rolled out in the country's north and south, which have seen some of the heaviest fighting in recent months, Davis said.

Afghan officials have asked the alliance for additional resources in air support and reconnaissance, both areas that remain heavily reliant on its aid.

An Afghan defense ministry spokesman confirmed the unmanned aircraft were on their way, with crews preparing for their deployment.

"Afghan army officers are currently being trained on drones in the United States," said Dawlat Waziri. "As soon as their training is complete, they will be able to fly them here."

He declined to comment on the numbers being trained, or when training will be completed.

Afghan crews will train at a base in the northern city of Mazar-i-Sharif, with equipment and parts being positioned ahead of the expected deployment late in March, Davis added.

International contractors will operate the initial aircraft alongside Afghan army mission commanders as well as help in the training for at least three years, the alliance says.

The army will receive eight "systems," each including six aircraft, that are planned to be eventually used in all of the most contested areas in the country.

Taliban operations in the northern provinces of Jowzjan, Kunduz and Baghlan, besides fighting in southern Helmand, have severely stretched government forces and caused heavy casualties in recent days.

The ScanEagle is an unarmed surveillance aircraft that costs about $100,000 apiece, with a stabilized turret to carry high-definition and infrared cameras with live video feeds, says its maker Insitu, owned by aviation giant Boeing.

ScanEagles use a pneumatic launcher to take off, and are recovered by a system of cables, letting them operate without an airfield. With a wingspan of about 3 m (10 ft), they can stay aloft up to 24 hours, at an altitude of 4,600 m (15,000 ft).

Jet Flight Service Riga based maintenance service center has recently achieved two milestones by completing 192-month/16-year inspection on the Embraer Legacy 600 this summer and at the same...

Cathay Pacific to half Single-Use plastic footprint by 2022

The Cathay Pacific Group has released its 2019 Sustainable Development Report, providing a comprehensive overview of Cathay Pacific’s and its subsidiaries’ approach to and performance in t...