A monument to mark the centenary of aviation in Malta was unveiled yesterday on a roundabout near the airport in Luqa.

The monument was unveiled by Tourism Minister Edward Zammit Lewis and Infrastructure Minister Joe Mizzi, who spoke on how Malta, because of its geographical position, was always on the forefront of developments in aviation since the first flight here - performed by a Short Type 135 seaplane in Grand Harbour.

The aircraft was lowered into the sea from HMS Ark Royal on February 13, 1915 and flew for 35 minutes. 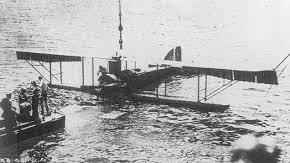