Exhibitors from around the world praised the global reach of Dubai Airshow and welcomed it as an opportunity to build partnerships globally. Representatives from 117 countries were present on the first day with exhibitors reporting a lively opening to this year’s event. For the first time, India had its own country pavilion, and exhibitors from places such as the USA and Korea also made their first appearance at the show. Ukraine, Poland, Russia, France, the UK, Saudi Arabia and China were among the other countries represented.

Seattle Aviation Solutions (SAS) President Kirby Smith said the company had had a busy first day on its stand. “A lot of great operators are showing up, key decision makers,” he said.  “This show is not just about the Middle East, it is a big show for worldwide, you make connections that are not necessarily just for this region, but all of our businesses. We are based in Dubai and the United States, so it is important for us to have a presence here. More so now that it is becoming a worldwide event, not just for the Middle East.It is also a big show for the Asian market, so it is important to capitalise on all the opportunities that are here.” 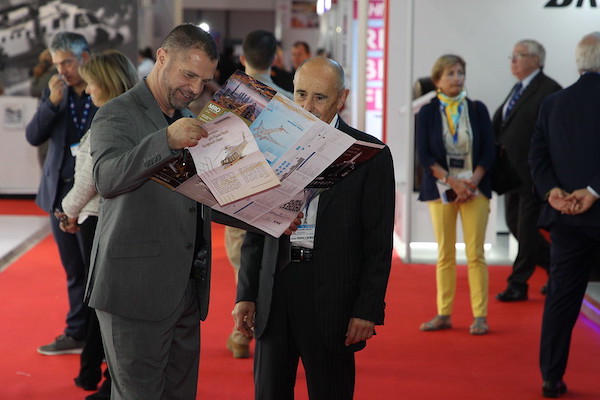 P Radha Krishna, Director (Production) of first time exhibitors Bharat Dynamics Limited, an Indian Government enterprise for the Ministry of Defence, said Dubai Airshow was well organised. “The show is in one of the best places available, as it is centrally located in the world,” he said. “Another advantage is that it is a popular tourist destination so that people want to come here, and that attracts many people to the show.”

Director Mark Goldsack said his team was looking forward to working more closely [with international partners] on the back of the relationships built at the show, and said it was a “great privilege” to be included in the Crown Prince’s opening tour. 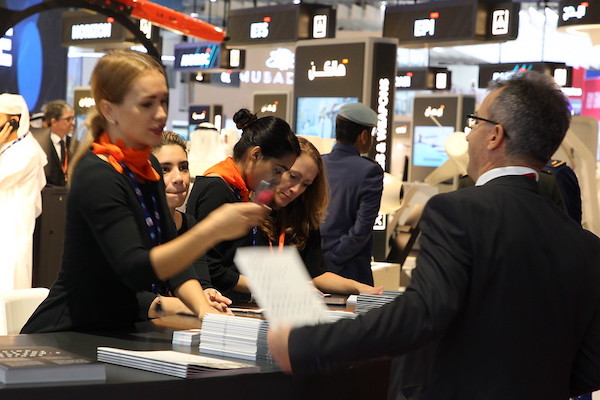 Alexander Degtyarev, General Director of Ukraine-based Yuzhnoye Design Office, a space technology development company, said: “The first time I came to the UAE was in 1992. From the first time I arrived, this country, the rulers of this country, I have seen they have very smart policies. I hope that maybe our company can do something together with the Emirates and the authorities, in space, and the lunar programme.”

Michele van Akelijen, Managing Director of Dubai Airshow organisers Tarsus F&E LLC Middle East, said, “We are so proud to have attracted such a diverse global audience to Dubai Airshow 2019 with more countries represented than ever before. The impact and global reach of this event is unmatched, and we are delighted to play a pivotal role in forging aerospace partnerships across the world.”

Airbus continues to purchase and supply millions of face masks from China, the large majority of which will be donated to governments of the Airbus home countries, namely France, Germany, Spain and th...