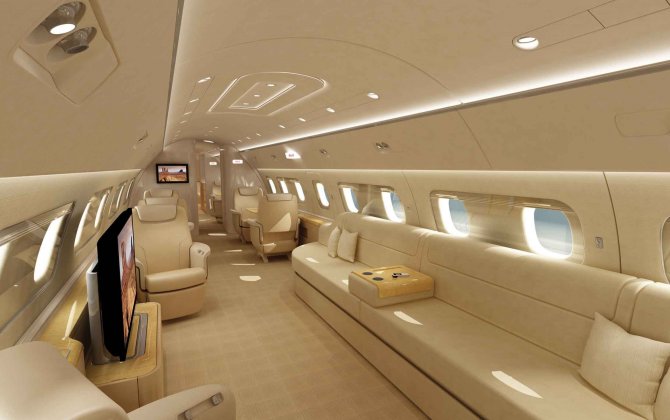 Falcon Aviation is Abu Dhabi Air Expo 2016's Golden sponsor once again, and will be showcasing its services at the event.

Currently the company’s fleet comprises of various state of the art helicopters and jets including the Agusta AW109 and AW189, the Bell 412, the Eurocopter EC 130, the Embraer Legacy 600, the Embraer Lineage 1000 and the Gulfstream G450.

Falcon Aviation has taken the delivery of six Q400s that are operating successfully on various contracts globally, for airlines and oil & gas industry. The Q 400 is the latest in the Q series from the Bombardier Company and offers unmatched performance and operational flexibility.

In the fourth quarter of 2015, Falcon was able to secure a contract with the UAE oil & gas industry to support its logistics division to transport the employees to the offshore islands. In order to facilitate the contract, Falcon has worked closely with ADAC to secure a long-term lease of Sheikh Zayed Terminal at Al Bateen Airport. Falcon has partnered with ARINC to provide and implement a seamless system departure control system known as Rockwell Collins’ ARINC (L-DCS) which helps Falcon Aviation to automate the entire passenger handling process including check in and boarding efficiency and barcoding bag for positive identification and passenger reconciliation.

Said Captain Raman Oberoi, Chief Operating Officer said: “Falcon Aviation’s fully approved MRO facility is on hand to provide a full range of services to meet any aircraft maintenance needs. Falcon Aviation is proud to commit a high level of quality, safety and workmanship not only to its own fleet, but managed and third party aircrafts. While maintaining eight locations across the world, Falcon is able to support its customers to the highest standard.”

Just three years after receiving its Maltese AOC, TAG Aviation Malta has been rewarded for its commitment to safety with both its Wyvern Wingman certification and IS-BAO accreditation. These sign...

Welcome a unique Medevac solution - Phenom 300MED , which is also available for retrofit, through a partnership with umlaut and Aerolite. Embraer and umlaut are jointly developing and certif...

The BelugaXL recently expanded its operational reach by adding Airbus’ facility in Getafe, Spain to its network. This aircraft “no.2” – the second to fly – is working alo...