Forest fires are no longer privative issue of southern Europe. Climate change and the increasing awareness of the general public about the economic and social value of nature have brought forest fires to headlines in all the continent. In 2019, forest fires caused the burning of an area of 174.924 hectares in Europe, and the number of fires that were mapped by EU authorities was 1197. This is why EUROPEAN ROTORS, the new show for rotorcraft and VTOL happening from 10th to 12th November in Cologne, is featuring this issue with a dedicated panel discussion and trainings offered from best performers.

In Spain aerial fire fighting started back in the 1980s – until today, the basic pillars to successfully extinguish forest fires from the air remain the same, says Antonio Fornieles, Pegasus Aero Group President: “You need to go to the burning frontline as fast as possible for an early evaluation, drop as much water as possible in the first moments and, if needed, get the ground specialists to the right place to deliver an agile and prompt response. The digital transformation with Information and Communication Technologies progress, facilitate and enhance those stages. ”

Another affected country in the south of Europe is France. The French fire fighting crews rely on big water bombing aeroplanes and rather small helicopters from the Ecureuil family, which is because “the use of larger rotorcraft does not allow such efficient performance. Even if they could carry quite many more water, the maneuvers of heavy helicopters and pumping of such volumes take too long to provide the requested swift reaction and are really not economically affordable in most of the cases”, explains Thierry Couderc, managing director of the French helicopters association UFH.

Although the aerial work behind fire fighting relies on almost the same concepts of operations, economic and regulative frameworks influence the flight operation quite differently in Europe. Some countries close contracts with commercial operators, others purely rely on the military or police forces to be called while capabilities of private companies would be there.

In 2019, the EU reinforced and strengthened components of its disaster risk management by upgrading the EU Civil Protection Mechanism. Therefore rescEU was founded and has the objective of enhancing both the protection of citizens from disasters and the management of emerging risks.

Marco Panigalli, head of the unit responsible for the implementation of the rescUE programme within the European Commission explains: “The experience of the last two years shows that forest fires are not a prerogative of specific geographical areas, reminding us that such emergencies can occur anywhere. rescEU is the expression of EU solidarity and aims at strengthening the collective existing capacities to respond to overwhelming situations, as a last resort tool”.

Peter Moeller, Chairman of the European Helicopter Association EHA, which is co-hosting the event together with EASA, adds: “On the European level, joint commercial rescue forces can only work if the operators, who are participating with aircraft and pilots are paid for the general “stand by” service. They cannot afford to have a helicopter in the hangar, otherwise. Here we have to find solutions, on European and national levels, which give equal chances to all our national members.”

These challenges shall tackled within the conference programme of EUROPEAN ROTORS.

EUROPEAN ROTORS is organised by the European Helicopter Association in cooperation with EASA, which will focus on all aviation safety aspects, with the full support of the leading original equipment manufacturers (OEMs), such as Airbus, Bell, Leonardo and Safran. Messe Friedrichshafen, the organiser of the well-known general aviation show AERO Friedrichshafen, is the service provider of this new show. EUROPEAN ROTORS The VTOL Show and Safety Conference will take place from 10 to 12 November 2020 (Tuesday to Thursday). The venue will be Hall 8 of the North Congress Centre of Koelnmesse, in Cologne, Germany. Further information, including opening times and prices, is available at www.europeanrotors.eu. 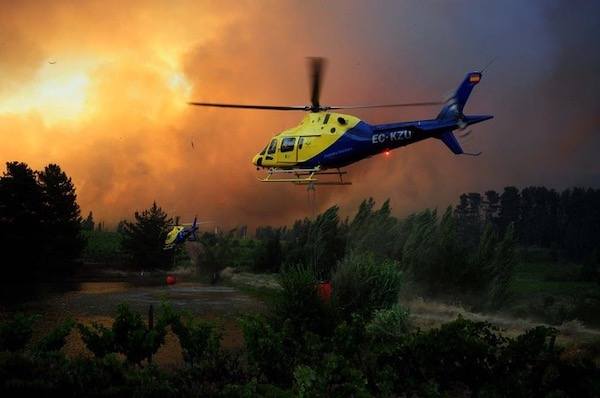