The topic of cooperation in defense-related technologies with Russia makes the Iranians feel somewhat nostalgic, Vice President Sorena Sattari said in an interview 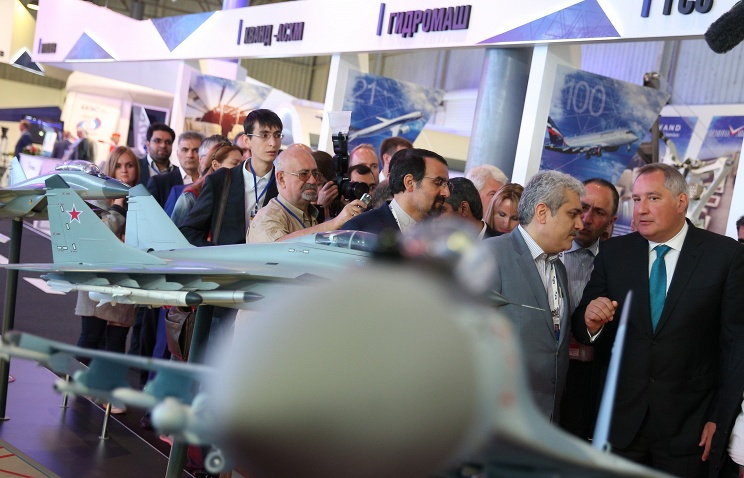 Iran may sign an agreement with Russia on buying at least two types of military aircraft, Iranian Vice President Sorena Sattari said in an interview with the Moscow-based Kommersant Daily upon the end of a visit to Moscow, in the course of which he attended the MAKS'2015 international aerospace show underway here. 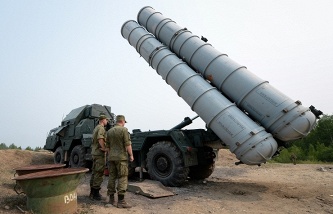 "Intensive talks in that sphere are in progress now but they are conducted by our defense ministries, which in fact should make all the comments on them," Dr. Sattari said. "The only thing I can say is we might sign a contract for two types of jets. The talks on the issue are making good progress." As he mentioned the talks on supplies of S-300 antiaircraft missile launchers to Iran, he said he did not know details of the agreement, since these negotiations lay in the sphere of responsibility of the defense ministries.

"Talks with the Russian side on the S-300 missiles are proceeding in due course but I didn't discuss the issue with any of the Russian officials at my meetings here," Dr. Sattari said.

The theme of cooperation in defense-related technologies with Russia makes the Iranians feel somewhat nostalgic, he said.

"The closest ties in the defense sphere, and especially in aviation, started emerging between our countries slightly more than 20 years ago," Dr. Sattari said. "My father was the commander of the Iranian Air Force then. We managed to make first purchases of Russian jets then after the end of the war (with Iraq TASS) and our Air Force that had been operating Western aircraft previously changed over successfully to the jets of eastern manufacture, the MIG-29's and the Su-24's."

"It was also then that we obtained the S-200 complexes," he continued. "Somewhat later, we launched the manufacturing of technologies and weaponry at home."

"Today we make the missiles and even missile systems resembling the S-300 but they are based on our Iranian technologies," Dr. Sattari said. 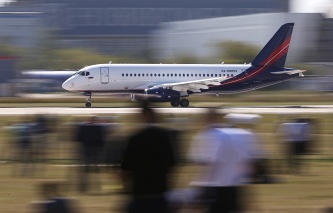 Iranian airlines are showing interest towards the Russian airliner Sukhoi Superjet 100 and they could consider purchases of these jets, Iran's Vice President said in an interview.

"The main thing for our airlines is to get convinced they can use the jets of this type," Dr. Sattari said. "The problem is we have a very specific climate. We must ensure that the jets function normally as they gain altitude and then perform the flights in spite of existing complexities."

"Unfortunately, not all the airliners are suitable for this," he said.

"One of our airlines has already tested the SSJ and the result was reassuring," Dr. Sattari added. "If Russia offers lucrative financial terms to us then I think many of our airlines will be ready to take the jets.".

Cooperation with Russia in the sphere of space exploration

Iran is interested in cooperation with Russia in the sphere of space exploration, the country's Vice President said.

"It's important to do this in the framework of joint projects," he said. "I mean the joint designing and construction of satellites, as well as cooperation in the designing of space rockets."

"Outer space is a huge area for collaboration," Dr. Sattari indicated. "We, too, joined that club (of space powers TASS) recently and we have launch vehicles of our own. But still no one can compete with the technologies available to Russia.".

Cooperation in science and technologies

The setting-up of a Russian-Iranian high-level commission for cooperation in science and technologies will make it possible to step up practical collaboration in the sphere, Sorena Sattari told Kommersant Daily.

The decision on setting up the commission was taken on Wednesday at the end Dr. Sattari’s meeting with Russian Deputy Prime Minister Dmitry Rogozin.

The commission will have several specialized workgroups that will include, beside officials, a number of scientists, experts, and technical specialists. "I see the role of state officials in laying the groundwork for the exchanges of experience and technologies, and that’s precisely what the Commission is needed for," Dr. Sattari said.

"Russia has perfect technologies," he said. "This concerns the aerospace industry, for instance. Russia doesn’t have competitors in many areas and partly this can be explained for by the difference of the Russian approach to designing the aircraft and to the aircraft manufacturing industry on the whole as compared to the Western way of thinking."

"A visit to the MAKS airshow furnished our experts with an opportunity to get familiarized closer with the Russian approach and with this country’s capabilities," Dr. Sattari said.

Along with it, he called attention to a rather feeble rate at which relations between Russia and Iran in the sphere of science and education have been developing so far.

"Only 400 or so students from Iran are getting education in Russia - a figure that’s too small considering our historical relations and the fact we’re neighbors," Dr. Sattari said. "Just compare it with the 12,000 students getting tuition in the US, a country which we don’t have whatever relations with."

"I just don’t understand why we haven’t managed to bring our cooperation to the same level as a minimum in the past," he said.

In this connection, he mentioned his visit to Moscow Lomonosov State University where he had signed a package of memoranda on cooperation.

"I hope the move will help raise our cooperation with Russia in this sphere to a new level," Dr. Sattari said.

Loading comments for Iran may buy at least two types of aircraft in Russia — vice president...