The London Oxford Airport and Oxfordjet FBO team was in celebratory mood at the third annual European Sapphire Pegasus awards held during the EBACE convention in Geneva when they were awarded the accolade of ‘Best Business Aviation Airport’for the second successive year.

The award was accepted by James Dillon-Godfray, London Oxford Airport’s Head of Business Development from Cdr. Bud Slabbaert at an awards event at EBACE, together with international business aviation professionals.

“London Oxford Airport has grown to become a significant player in business aviation.  Years ago when they rebranded they were determined and resolute to get positioned among the best.  Now they can proudly claim to be an award-winning business aviation airport,” said Cdr Slabbaert.

Managing Director of London Oxford Airport, Andi Alexander, commented: “We’re delighted to be recognised for the second year in succession, especially surrounded by our peers at EBACE.  It’s an excellent endorsement for us which has been achieved by the sheer hard work and dedication of our great team and our continued investment in the airport.” 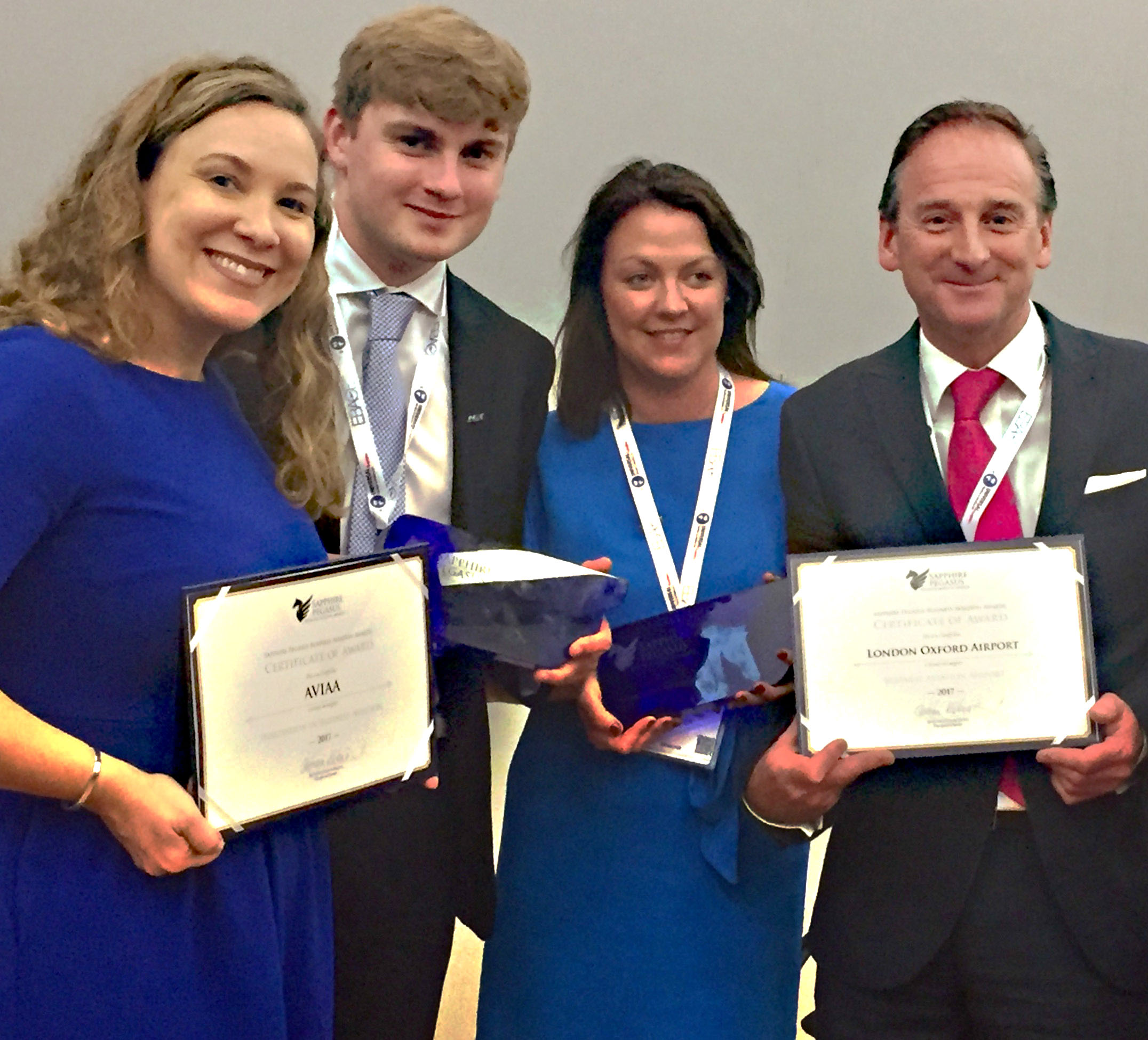 The award comes as London Oxford Airport continues to experience consistent growth.  It is one of only a handful of UK business airports that has seen consistent growth over the past 10 years and remains one of the top 20 busiest European business aviation airports.

Continuing to announce its business aviation offering, it was one of the very first airports in Europe to gain IS-BAH accreditation for its in-house FBO, OxfordJet and it now has Stage Two accreditation, the highest quality and compliance benchmark.  IS-BAH represents a global standard in best business aviation safety practice and a standard still only held by a handful of European FBOs.

The airport was the third in the UK to be EASA-certificated, moving away from the previous UK CAA oversight.   Both these achievements involved stringent SMS, training and oversight protocols that smaller regional or general aviation airports can find challenging to meet and maintain.

Additional investments include a ed new 16,000sq ft hangar (Bombardier Global 7000 compatible plus office space) for home-based and visiting business jets. It is also proposed that new GNSS RNAV LPV200 precision approaches, will be introduced at both ends of the runway for maximum access – affording a major improvement in poor weather capability.

A further enhancement confirmed earlier this year includes a brand new 101-room Premier Inn hotel adjacent to the airport entrance, which is scheduled to open summer next year.

London Oxford continues to offer the London region the most attractive packages for business jet and helicopter interlining with helicopter shuttles into Central London taking just 22 minutes.   It offers a 50% discount for customers using both London Oxford Airport and the London Heliport, under its shared ownership.

The Sapphire Pegasusawards were founded by Media Tribune’s Antonia Lukacinova in 2016 to recognise excellence in companies and individuals within the business aviation sector around Europe. 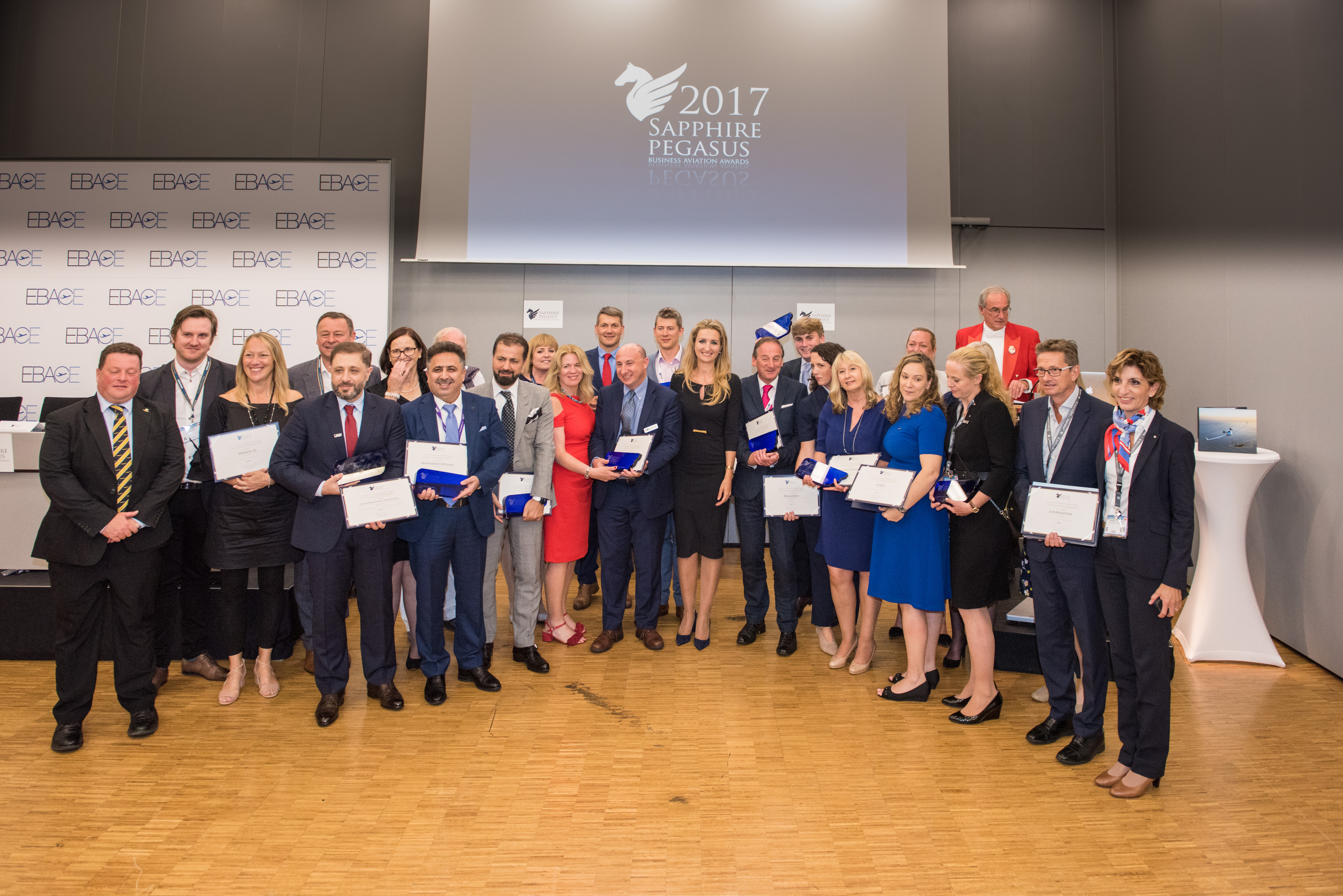