“We have made great strides in the design and development of the Denali,” said Rob Scholl, senior vice president, Sales and Marketing. “Since first introducing the aircraft at EAA AirVenture in 2015 — and unveiling the initial cabin concept in 2016 — we have fine-tuned the Denali’s characteristics based upon feedback gathered from our customer base and look forward to delivering a best in class experience for pilots and passengers alike.”

The turboprop features the widest cabin cross-section in the segment, providing passengers with additional head and shoulder room — and more room for cargo and baggage. Taking cues from design elements found in Textron Aviation’s large-cabin business jets, Denali delivers a new standard of luxury to turboprop passengers. Features such as larger seats and windows, as well as a modular refreshment center and an aft-located lavatory ensure passengers enjoy an enhanced level of comfort on board. During the show, demonstrations of the Denali’s highly adaptable cabin will highlight its abundant space and transform the cabin from an executive configuration to a combi layout – configured for both passengers and cargo. 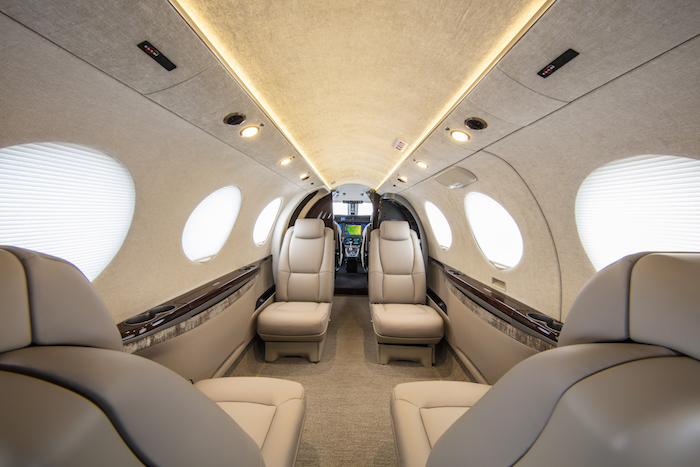 “The mockup presents the first opportunity for customers to experience the full power of the Denali cockpit — one that revolutionizes the single engine turboprop segment,” Scholl noted. “The Catalyst engine, developed by GE Aviation, is the segment’s first powerplant with FADEC (Full Authority Digital Engine Control), equipping pilots with a digitally optimized single-lever engine and propeller control for ease of handling in flight. The Garmin G3000 flight deck modernizes turboprop avionics and significantly reduces pilot workload with dual touchscreen controllers and Automatic Speech Recognition (ASR) technology, enabling pilots to easily perform common tasks and manage the flight deck. Not one detail has been overlooked and the new Denali mockup is a true representation of the aircraft we will deliver to customers.”

The Cessna Denali program continues to progress on schedule. The company anticipates achieving the first wing mate and completion of the prototype airframes as the program nears first flight in early 2019.

About the Denali
Engineered to achieve cruise speeds of 285 knots and full fuel payload of 1,100 pounds, the Denali will have a range of 1,600 nautical miles at high-speed cruise with one pilot and four passengers and will be able to fly nonstop from Los Angeles to Chicago, New York to Miami or London to Moscow.

First in this class of aircraft, the Denali equips customers with an optional, externally serviceable belted lavatory with pocket door enclosure located in the back of the cabin. Denali customers will also enjoy very large cabin windows, interior LED lighting, a forward refreshment cabinet and an in-flight accessible baggage compartment. 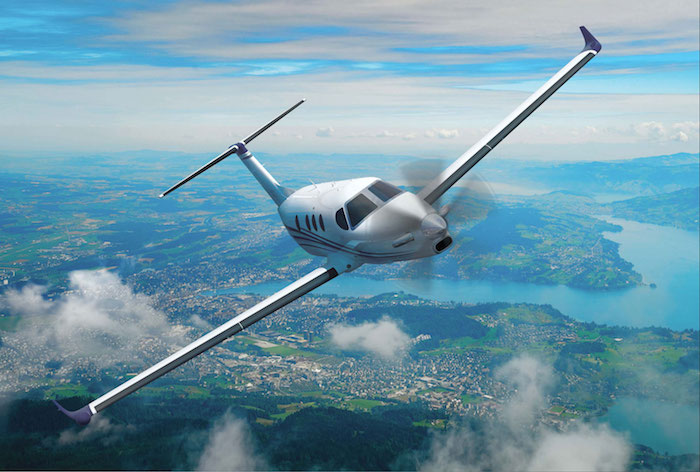