The Austrian Federal Government, Lufthansa and Austrian Airlines have reached an agreement on the cornerstones of a EUR 600 million coronavirus rescue package for the national network carrier Austrian Airlines. The financial assistance is designed to support efforts to sustainably safeguard Vienna as an aviation hub in the long term, including its flight connections to Central and Eastern Europe (CEE) and to long-haul destinations. According to the Austrian Economic Chambers, EUR 2.7 billion in domestic value creation, 17,500 jobs and EUR 1 billion in taxes and duties are linked to Austrian Airlines and its Vienna flight hub.

The Republic of Austria will contribute EUR 150 million in financial assistance to cover the losses incurred as a result of the COVID-19 crisis. In return, the Austrian Federal Government has received long-term, binding commitments to the Vienna aviation hub linked to strict ecological requirements. The entire financing package is dependent on state aid for Lufthansa in Germany, the approval of all corporate bodies and the consent of the EU Commission.

“Austrian Airlines has been and is a fundamental part of the multi-hub strategy pursued by Lufthansa Group. Thanks to this rescue package in combination with the improved framework conditions of the Austrian aviation system partners, we see ourselves in a position to rebuild the flight hub in Vienna after the crisis and connect Austria with important destinations in Europe and throughout the world”, states Carsten Spohr, Chief Executive Officer of Lufthansa Group.

“I am relieved and thankful that we have succeeded together in making Austrian Airlines ready for take-off again”, says Austrian Airlines CEO Alexis von Hoensbroech. “After almost three months on the ground, Austrian Airlines will lift off again and slowly ramp up its flight operations in accordance with international travel guidelines. We look forward to soon welcoming passengers on board our flights once again”, he adds.

The location requirements aim to reposition Austrian Airlines in the aftermath of the COVID-19 crisis and generate sufficient funds to pay back the loans. The airline will attach particular importance to the environment and sustainability in its ongoing fleet modernization drive.

The following requirements with a focus on sustainability were specified, amongst others:

• Austrian Airlines will shift passenger traffic to the railways on short-haul flights inasmuch as an adequate infrastructure is available and direct accessibility to Vienna Airport is ensured based on a travel time of considerably less than three hours. However, the objective is also to make sure that the airports in Austria’s provincial capitals continue to be connected to a Lufthansa flight hub.

• CO₂ emissions within Austria should be cut in half by 2030.

• Austrian Airlines has pledged to increase jet fuel efficiency by 1.5 percent annually and to reduce average CO₂ emissions per 100 passenger kilometers of the entire Austrian Airlines fleet from 9.55 kg to 8.5 kg by 2030.

The state holding company Austrian Holdings AG (ÖBAG) has the possibility to appoint two people to serve on the Managing Board of Österreichische Luftverkehrs-Privatstiftung (ÖLP), the private foundation which holds a majority stake in Austrian Airlines (via the holding company Österreichische Luftverkehrs-Holding) in order to monitor compliance with all the conditions laid down in the agreement. Moreover, one of these two individuals will also serve on the Supervisory Board of Austrian Airlines AG.

Furthermore, a bi-annual dialogue on Austria as an aviation location including all relevant stakeholders is planned. The objective of this aviation dialogue is the ongoing further development and improvement of underlying conditions as a means of strengthening the flight hub at Vienna Airport.

Austrian Airlines originally reported liquidity requirements amounting to EUR 767 million to the COVID-19 financing agency of the Austrian Federal Government (COVID19-Finanzierungsagentur des Bundes GmbH, COFAG in short). The earlier restart of flight operations and the successful implementation of measures by the airline’s management to secure liquidity serve as the basis for the lower amount of EUR 600 million in required financing. This sum was also confirmed by the auditor PwC.

EUR 300 million will be made available as loans granted via bank financing. Another EUR 300 million provided as state aid and by Lufthansa will strengthen the airline’s equity capital. Not only is the repayment of the bank financing secured in this manner, but the ability to make medium-term investments in sustainable technologies will be ensured. In turn, this will safeguard the continued existence of Austrian Airlines as a systemically relevant partner for the Vienna aviation hub.

The bank loans totaling EUR 300 million are to be made available by an Austrian banking consortium consisting of Erste Group, Raiffeisenbank International, BAWAG and possibly further banks, with the Erste Group also serving as the overall coordinator. A guarantee for 90 percent of the loans will be assumed by the Republic of Austria via COFAG after the required evaluation steps are carried out and all necessary approvals have been granted.

Another significant part of the coronavirus rescue package will come from the airline’s employees. The close to 7,000 employees will make an accumulated crisis contribution of about EUR 300 million by taking salary cuts. The more than 1,000 business partners and suppliers of Austrian Airlines will also make a substantial contribution. Contract volume could be reduced by more than EUR 150 million, partially within the context of newly concluded agreements, in part also by means of renunciation. 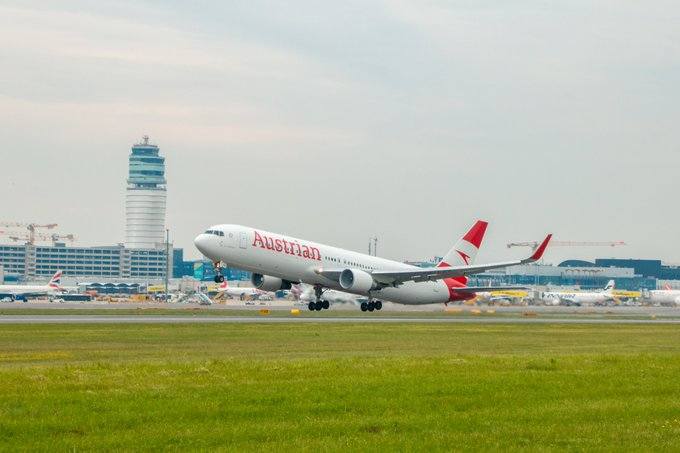