The used business jet market is in flux as a result of political uncertainties, increased availability of good pre-owned inventory, and limited access to pre-buy inspection facilities due to a higher demand for ADS-B conversions and retrofits, said Mente Group President and CEO Brian Proctor.

"As a result, we are beginning to see decreasing market values in what were relatively strong sectors last year," Proctor said. "Some of the higher-end markets are giving back price gains realized last year in a more buoyant environment," he added.

While pre-owned inventory grew in the first quarter of 2019, a divided Congress and Presidential politics have caused some fleet owners, especially individuals who own aircraft, to defer decision making. The lack of definition in the U.S. creates indecision in the biz jet marketplace and spreads around the world.

"What we're seeing right now is that the super-midsize and up jets have given back most of the price gains that were made in all of 2018. For example, Challenger 350s were up eight to 10  percent last year, but they're down that much already this year. Gulfstream G550s were up fuve to eight percent, but this year they'll be down that much. Challenger 300s were up about 15 percent in 2018 and today they're down about 10 percent," Proctor said.

Cole White, who heads Mente Group's strategic consulting division, analyzes the business jet markets across the globe. He said, "In terms of the international markets, we're starting to see a modest recovery in South America. There's more stability in the key countries of Brazil, and Chile, and Argentina. However, there is obviously upheaval in Venezuela that is expanding to its neighbors. But as you go further south, the economies are stabilizing to some degree."

"Western and Central Europe is reeling from the Brexit turmoil, and until that gets figured out, we won't see much activity there, however we are seeing more activity in Eastern Europe," White added.

Amidst the economic uncertainty around the world, Mente Group, in conjunction with Embry-Riddle Aeronautical University and Aero Law Group PC, is planning a week-long conference designed specifically for flight department leaders and managers.

White, who will be an instructor for the course, said, "The syllabus will be conducted by well-qualified aviation professionals with many years of experience from the three participant organizations. The week-long learning course, entitled The Business of Business Aviation, will be conducted at the David B. O'Maley College of Business, Embry-Riddle Aeronautical University." To register for the course go to: BusinessofBusinessAviation. 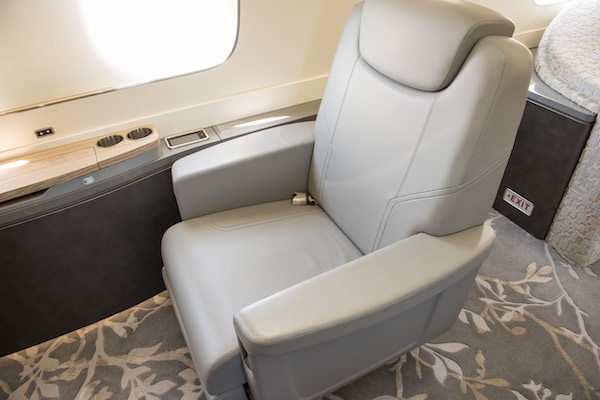