“These results confirm our assumptions for our full-year business development,” said Reiner Winkler, CEO of MTU Aero Engines AG. “We therefore maintain our prediction of continued profitable growth in all operating segments.“

In the first quarter, MTU recorded the highest revenue growth in the commercial engine business.
Revenues here increased by 21 % from € 318.7 million to € 385.6 million. The major part of revenues in this segment was attributable to the V2500 engine for the classic A320 family as well as the PW1100G-JM for the A320neo and the GEnx engine that powers the Boeing 787 and 747-8.

Revenues in the commercial maintenance business increased by 6 %, rising from € 618.2 million in the first quarter of 2018 to € 655,1 million. “Revenues were somewhat slowed by changes in the ordering and billing process for V2500 maintenance services,” commented CFO Peter Kameritsch. “But demand remained unabated, as evidenced by the organic growth in the MRO segment, which amounted to around 9 % in the first quarter. The main revenue driver in the commercial maintenance business was the V2500.

MTU’s order backlog reached its highest level ever at the end of March 2019, namely € 18.5 billion (Dec. 31, 2018: € 17.6 billion). “In arithmetical terms, this corresponds to a workload of almost four years and reflects MTU’s strong market position,” said Winkler. The majority of these orders relate to the V2500 and the Geared Turbofan™ engines of the PW1000G family, in particular the PW1100G-JM for the A320neo.

First-quarter research and development expenditure increased by 9 % to € 58.0 million (1-3/2018: € 53.1 million). These R&D activities mainly focused on the Geared Turbofan™ programs and future
enhancements, the GE9X engine for the Boeing 777X long-haul airliner, technology studies relating to next-generation engine design, and the digitalization of engine manufacturing processes.

MTU had 9,942 employees on its payroll at March 31, 2019 (December 31, 2018: 9,731 employees). New hires were taken on above all at the company’s headquarters in Munich, at MTU Aero Engines Polska and at the maintenance sites in Hannover and Ludwigsfelde.

MTU confirms its positive business prospects for 2019. Group revenues are expected to reach around € 4.7 billion (2018: € 4.6 billion), based on a low-teens organic percentage growth in the commercial series production business, a percentage increase in revenues from spare parts sales in the mid-to-high single digits, an increase in revenues of around 10 % in the military engine business, and organic growth in the commercial maintenance business of a percentage in the high single digits. The group’s full-year forecast for its adjusted EBIT margin lies at around 15.5 % (2018: 14.7 %). Operating profit and net income adjusted are expected to increase in line with one another (EBIT adjusted 2018:  € 671.4 million; net income adjusted 2018: € 479.1 million). The cash conversion rate – that is, the ratio of free cash flow to net income adjusted – is expected to lie between 55 and 65 % in 2019 (2018: 42 %). The target range issued in February specified between 50 and 60 %. “This adjustment of the cash conversion rate is solely due to the first-time application of IFRS 16 in the financial year 2019,” said Kameritsch. This new accounting standard introduces changes with regard to the presentation of operating leases, and specifically impacts MTU’s engine leasing business. On the one hand it will increase free cash flow in 2019 by around € 30 million, and at the same time reduce cash flow from financing activities.
Kameritsch added: “While this affects our cash conversion rate in quantitative terms, it does not change our forecast in qualitative terms.” 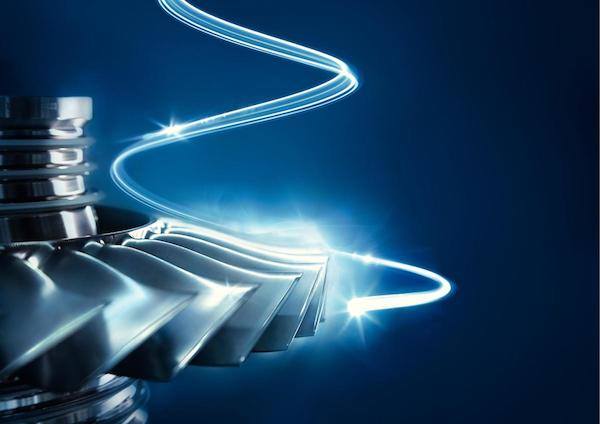 Loading comments for Profitable growth of MTU Aero Engines in the first quarter of 2019...

A zero emissions aircraft, do you think it is possible? if the answer is "yes" - when? How many manufacturers in the world are working on this trend? The new purpose-driven German aircraft O...