While Air France has received the first of its 60 Airbus A220 aircraft at the end of September, Air Austral, the airline based in Reunion Island, is the first to benefit from AFI KLM E&M's component support for this new aircraft type. AFI KLM E&M and Air Austral recently signed an agreement to provide component support for the airline's fleet of three A220 aircraft. The terms of the contract include parts availability and repair, as well as engineering support and adaptive services management.

From availability to contract management

By drawing on its combined expertise as a group of airlines and an MRO player, AFI KLM E&M's teams were able to propose an offer perfectly suited to A220 operations in the Indian Ocean. As announced recently, AFI KLM E&M has set up a specific industrial scheme for A220 component support. Based on its current in-house repair capabilities but also on the continuous development of new repairs, these internal resources will support the growing needs of operators on this new platform. Both competitive and guaranteeing an uncompromising quality of service, the support offered by AFI KLM E&M is not limited to components repairs. A genuine turnkey service has been put in place in addition to repairs per flight hour, access to the spare parts pool and the provision of a local stock of components (Main Base Kit, MBK).

Aymeric MECHIN, Vice President Sales Middle East & Africa commented : “We designed this offer to free Air Austral from as many constraints as possible. Availability, including 7/24/365 AOG support, remains a key success factor in ensuring day-to-day operations, but we are going further with dedicated engineering management that is as close as possible to Air Austral's needs.”

For more than 20 years, Air Austral's teams have relied on AFI KLM E&M's expertise in component support and engine overhaul for the majority of its fleet. In addition to equipment solutions for Boeing 777s and 787s and maintenance for GE90s, the Airbus A220s will now benefit from AFI KLM E&M's services. This new long-term contract marks the renewal of Air Austral's confidence in AFI KLM E&M's components offer.

Benoît Schafer, Executive Vice President Operations and Maintenance of Air Austral said: “When it comes to maintenance, AFI KLM E&M is a long-standing partner of Air Austral that we know we can rely on. The introduction of a new aircraft is always a joy but also an operational challenge for an airline. With the A220 and the AFI KLM E&M support, we can focus on our operations and meet the challenges of today and tomorrow.” 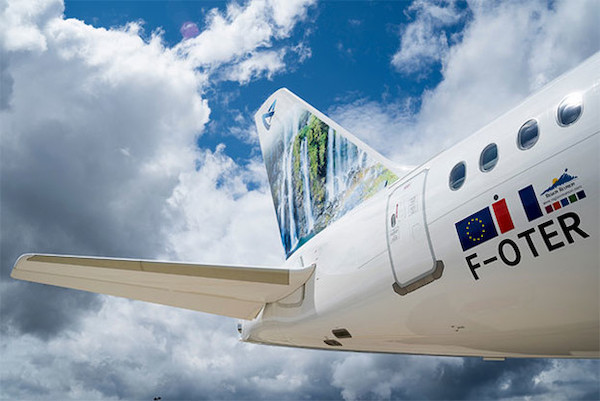 Loading comments for Air Austral entrusts AFI KLM E&M with the support of its Airbus A220 components...