Kazan Helicopters of the Russian Helicopters has received positive qualification of Ansat helicopter training simulator's compatibility to international standards. The evaluation was carried out by the Central Aerohydrodynamic Institute named after N.E. Zhukovsky (TsAGI).  The comprehensive Ansat simulator was tested for its compliancewith the requirements of the International Civil Aviation Organization (ICAO). Evaluated characteristics included the layout and design of the cockpit, simulation of flight and engine dynamics, controlling on ground, helicopter systems, acoustic, visual and vibration effects and navigation. The assessment result was positive.

"We consider the certification of the Ansat helicopter simulator according to ICAO standards as one of the important achievements of our company. Our Aviation Training Center is now waiting for the first intake of students to pass the simulator training in August 2020. The training will be organized to foreign customers: pilot training is included in the price of the helicopter in all export orders", pointed out Managing Director of Kazan Helicopters, Yuri Pustovgarov.

The simulator model was developed on the basis of helicopter flight test data provided by the design bureau of the Kazan Helicopters. The cockpit and interior of the simulator are completely authentic. Instrumentation is replaced with simulator devices, but their appearance and functionality fully correspond to the originals.

The Ansat simulator is equipped with a visualization system that provides full visibility from the pilot's seat. It can be used to reproduce two distinct areas: the city of Kazan along with the Kazan Helicopters flight test center, as well as the city of Sochi. A vibrating platform and audio system help to simulate the vibrational and acoustic effects of flight. Using the simulator,trained pilots will be able to maneuver the helicopter model in various conditions, including in dangerous and emergency situations.

The comprehensive Ansat simulator was designed and produced as part of the investment project "Development Concept for for the Aviation Training Center of the Kazan Helicopter Plant of Russian Helicopters Holding Company".

The KHP Aviation Training Center also has a comprehensive simulator for Mi-8MTV helicopter. The cabin of the simulator has been adapted to simulate training of pilots at night with night vision goggles. Besides, the simulator has a vibroacoustic unit whichimitates vibration and sounds of a helicopter depending on the flight mode and conditions.

The Aviation Training Center of Kazan Helicopters was established in 1995. In more than 20 years it has trained almost 9,000 specialists. The center provides courses on retraining andprofessional development for pilots, engineers and technical specialists. Teachers constantly improve their skills and undergo practical training in the leading training centers in Russia and abroad, and have registered certificates of aircraft manufacturers. The KHP Aviation Training Center provides training for helicopters of Mi-8/17 and Ansat types. In the future it is planned to create a similar training program for Mi-38 helicopter. 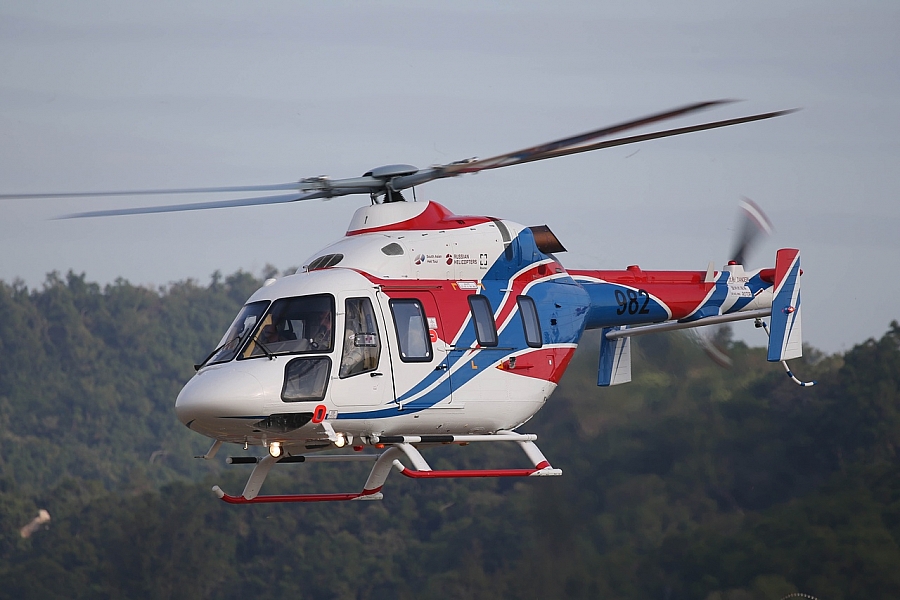 
Loading comments for Ansat simulator certified according to international standards...