Helicopters can do amazing things. It’s a fact. That’s why every year in mid-August World Helicopter Day (August 15) celebrates one of history’s and man’s greatest aviation and engineering achievements.

World Helicopter Day is dedicated to highlighting the impact that helicopters have on society while celebrating the people who fly, design, repair, and support their operations. From rescue missions, cargo and personnel transport, UN humanitarian missions, disaster relief, firefighting, tourism, agriculture, medical emergencies and much more, the helicopter continues to go places where others can’t go.

It seems unbelievable that with a global population of over 7 billion people, there are only approximately 55,000 helicopters at work in the world. Despite that, the work undertaken by the helicopter far outweighs the numbers involved, while their presence employs over 300,000 people.

As legendary helicopter designer Igor Sikorsky noted, highlighting the importance of the helicopter in extreme situations, “If you are in trouble anywhere in the world, an aeroplane can fly over and drop flowers, but a helicopter can land and save your life.” 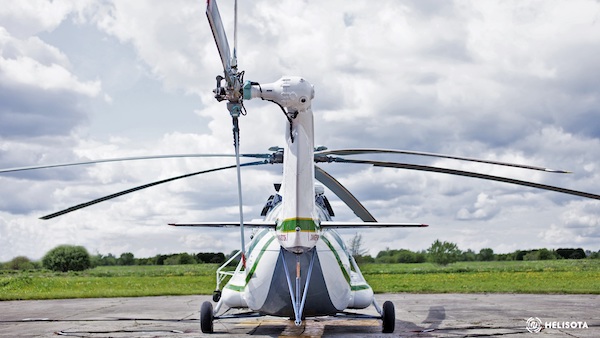 It seems obvious that such a versatile vehicle has been the source of amazing, frightening, heart-warming, and amusing stories throughout its history. That’s why in honour of World Helicopter Day we at Helisota, a family member of Avia Solutions Group, a leading global aerospace services group, want to offer you a small glimpse into the helicopter’s role in daily life.

Superstars – What do the legendary country singers Kris Kristofferson, Johnny Cash, and a helicopter have in common? It seems that before becoming a world music star, Kris Kristofferson was a US Army helicopter pilot. However, his real ambition was to become as famous as his musical idol, Johnny Cash. Sadly, for Kristofferson, every attempt to get his demo tapes into Cash’s hands failed. So, one day while on a training flight for the US National Guard, Kristofferson detoured his chopper, landed on Cash’s lawn, and delivered his demo tapes in person. The rest, as they say, is musical history. 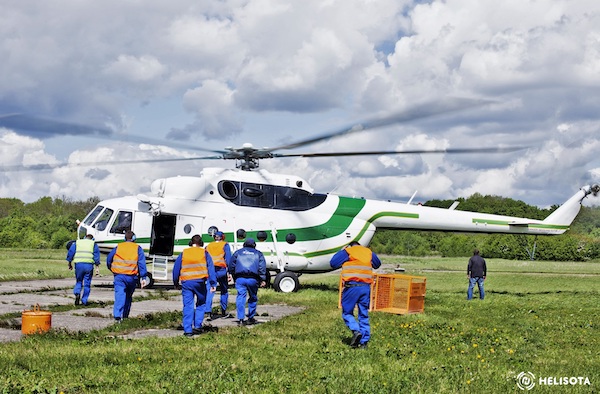 Secrets – Helicopters come in all shapes and sizes, from the tiny G-H4 to the gigantic Mi-26. But nothing compares in size to the largest helicopter ever built, the Russian-made Mil V-12. In the early 1970s, and at the heart of the nuclear arms race between the USA and the Soviet Union, keeping your weapons hidden was vital. When the Soviets discovered that the Americans could pinpoint their nuclear arsenals from the air, simply by following the railway tracks used to move the missiles, they knew they had to do something. That is why they designed and built a helicopter capable of carrying massive payloads to secret bunkers all over the vast countryside. The Mil V-12 made an appearance at the Paris Airshow of 1971, after which, it was largely unheard of and the program was ended in 1974.

Saviours – During the closing stages of the Vietnam War, 35-year-old Ba Van Nguyen, a South Vietnamese Air Force major, stole a Chinook helicopter to rescue his family. With little fuel and 11 passengers on board, he pointed his ‘commandeered’ helicopter in the direction of the South China Sea. With no experience of flying over open water, the aircraft was running low on fuel and in danger of ditching. Fortunately for the brave aviator, he spotted the USS Kirk and the hope of rescue. However, the ship was too small to accommodate such a large helicopter, so its skilled pilot hovered as close to the deck as possible, allowing his family to jump to the safety of the ship's deck. When all the passengers had been delivered, the pilot took the helicopter out over the open sea, placed it in a hover, and jumped, ditching the helicopter. Thankfully, Kirk’s crew rescued the brave pilot and brought him aboard where he and his family were offered asylum in the US. 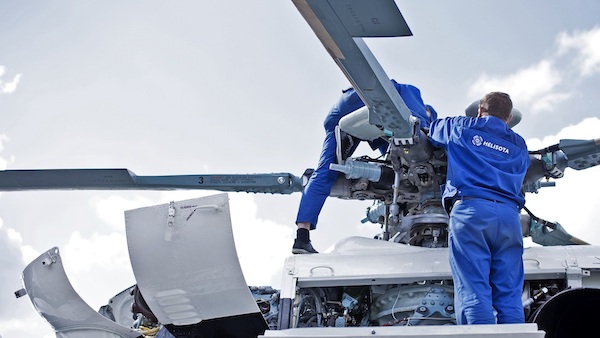 Along with their everyday tasks, helicopters play a key role in complementing the UN’s humanitarian aid role and presence wherever they are deployed to serve. Part of their role has been to support personnel transport, search and rescue, reconnaissance, medical evacuations, and aid delivery, especially in areas with limited geographical access.

At Helisota, we are proud to have several clients whose helicopters are an integral part of the United Nations Peacekeeping missions deployed in Africa. As part of that connection, our company has conducted overhauls, component overhauls, specific modernisations, and structural upgrades (such as SX-16 searchlights and FLIR cameras installation, traffic collision avoidance system (TCAS) installation, and NVG system integration) in support of the UN helicopter fleet.

On this day of international celebration and recognition, we would like to wish all of our highly committed team of helicopter specialists, our clients, our partners, and our colleagues all around the world many thanks for their continued commitment to the industry. Happy World Helicopter Day.