In 2019, ESA will gradually introduce a new ground-based flow system, which will enable visual line of sight on the GTF engine overhaul line. In the new system, engine modules will move from one station to another, improving the visibility of operations through the line from disassembly to assembly and test, in contrast to the old engine repair work bay. Already proven in the automotive industry, the system improves productivity while maximizing the use of existing space. At full capacity, the flow lines can accommodate up to six GTF engines at a time.

"This is an exciting period of expansion and growth for us," said Ying-Kiong Yip, managing director, ESA. "In addition to broadening our capabilities on next generation aircraft engines, this expansion enables us to invest in our engineers and technicians by training them to handle advanced materials and automation."

The GTF MRO network is part of Pratt & Whitney's EngineWise™ service portfolio, which provides engine operators with a variety of aftermarket services to maximize engine performance and fleet availability. Visit www.EngineWise.com/contact for an interactive map of GTF MRO network providers. 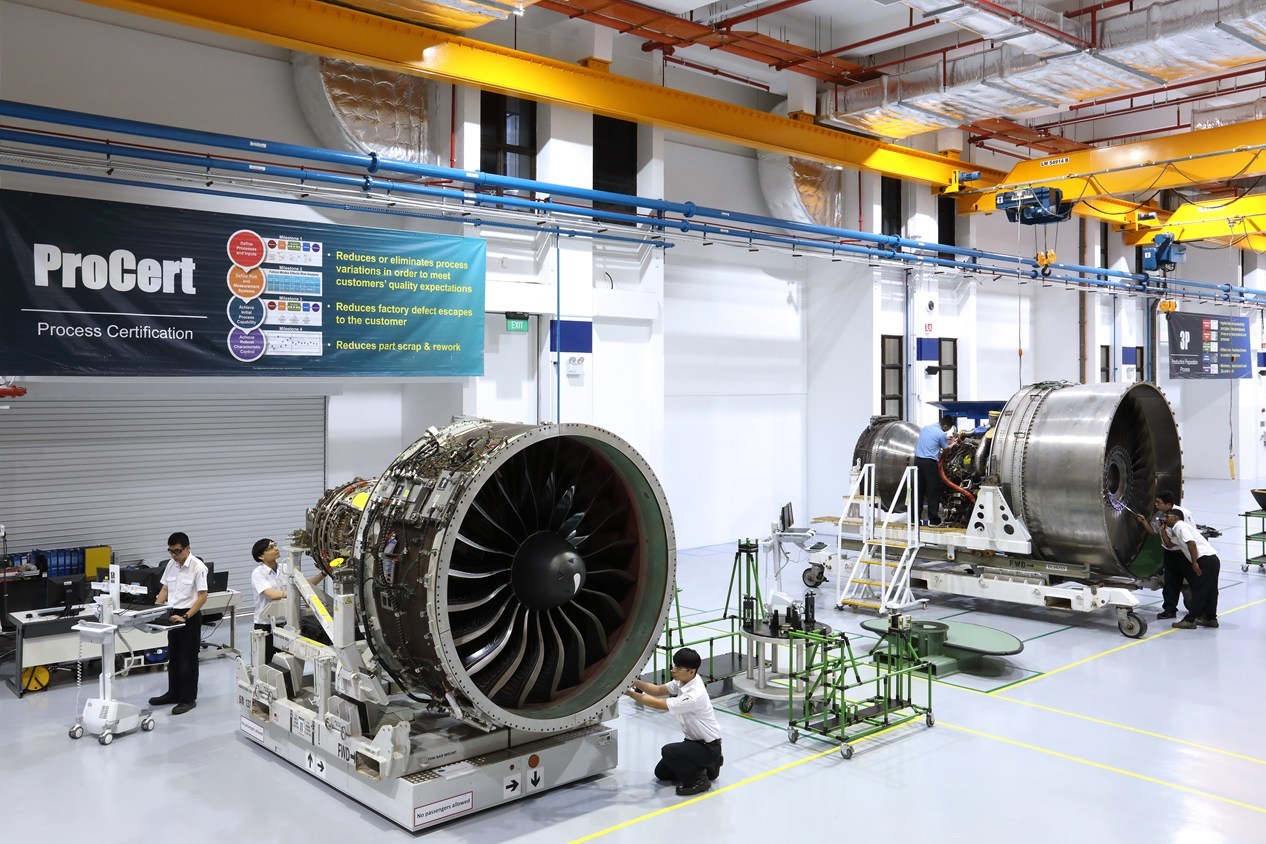