EL AL CEO and President David Maimon announced: “After many long years during which EL AL used simulators overseas, today we are proud to join the list of airlines that own simulators for training pilots, saving us a lot in resources and in the pilots’ precious time spent on practicing overseas. I would like to thank the project managers, Captain Danny Levitt, Captain Mike Talmor and Yehuda Efer as well as the outgoing Director of Air Operations Ido Sharon for their great commitment and unstinting work that helped to bring EL AL to the forefront of airlines in the field of training”.

Captain Dudi Ben Shachar, EL AL Director of Air Crew Training: “We are proud to inaugurate the new simulator, the flagship project of pilot training at EL AL. We first presented the project to CEO David Maimon in December 2015 and received his approval. In less than one year, after undergoing check-ups and licensing, the simulator today is ready for practice and training sessions for pilots and technicians here in Israel”.

EL AL is inaugurating the first simulator of its kind in Israel at the airline’s Or Yehuda site. The simulator will be used for practice and training of EL AL pilots who until today underwent training overseas.

The simulator replicates a real Boeing 737 cockpit, in which genuine air traffic and flight is simulated, including external landscape equipment and the sounds of the engines and background noise. All the switches and flight systems and computers work and respond as in an aircraft.

The simulator simulates all of the airports in the world that service EL AL, including London, Paris, Rome, Berlin, Amsterdam and many others. It simulates takeoff and landing runways, flight routes and structures and navigational routes for landing and departing from the airports, including all of the navigational accessories and ground lighting.

Also simulated are the aerodynamic features of the aircraft, the steering apparatus and the engines as well as all of the plane’s systems. In addition, the simulated cockpit depicts emergency situations – fire, engine shutdown and technical mishaps in the various systems.

The new acquisition will serve new pilots for training and drilling, as well as experienced pilots for professional advancement training such as flying in low visibility, captain training, instructor training and various periodic refresher training required to maintain and improve performance levels.

The simulator includes an advanced trainer work-station, which allows the flight instructor to choose specific conditions on a large touch screen. It controls training descriptors, airfields, weather conditions and technical problems, and it situates the “aircraft” in locations and flying conditions required for the training drill, etc.

The project administration includes Captain Dani Levitt who serves as project director, Captain Mike Talmor – an experimental pilot in the project – and Yehuda Efer – director of training and instruction on the simulator. 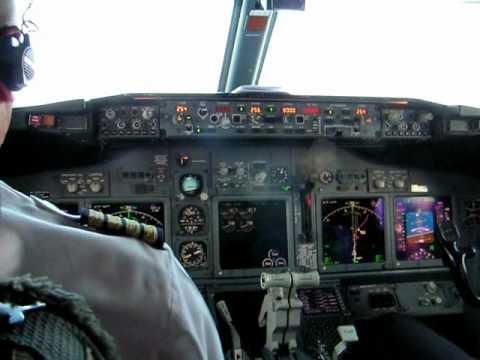 Loading comments for First Time at EL AL – Boeing 737 Simulator To be Used for Pilot Training and Practice...

by  Kate Richards One of the main trademarks of the human condition is the incessant need for stimulation. We are incapable of being at rest. If not consumed by work, we seek stimuli from ente...