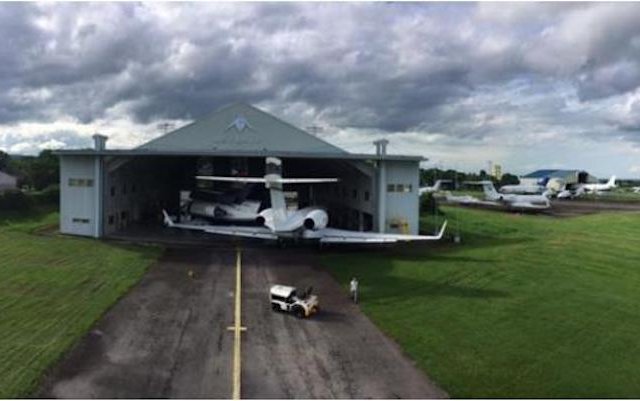 Hong Kong-based Metrojet Limited (www.metrojet.com), a business aviation service provider with presence throughout Asia Pacific, is pleased to announce that its Maintenance, Repair and Overhaul (MRO) joint venture in The Philippines – Metrojet Engineering Clark – has recently increased its Bombardier Global 6000 capability up to 60-month inspection level with the corresponding repair station approval from The Federal Aviation Administration of the United States (U.S. FAA).

Established in 1995, Metrojet pioneered business aviation services in Hong Kong and remains one of the most renowned safety and customer-focussed business jet operators and maintenance providers in Asia Pacific.  The company provides all-inclusive aircraft management, maintenance and aviation consultancy services.

Established in 1995 and headquartered in Hong Kong, Metrojet pioneered business aviation services in Hong Kong; it is part of the Kadoorie Group and a sister company of The Peninsula Hotels.  Metrojet is a business jet operator and maintenance provider in Asia, providing the complete range of business aviation services, including: comprehensive aircraft management, maintenance and consulting services.

Metrojet has expanded its presence in Asia in 2012 with the opening of Metrojet Engineering Clark – a maintenance facility located at Diosdado Macapagal International Airport within the Clark Freeport Zone in the Philippines.  The company has also established in Singapore for aircraft management service, while the China Air Operator’s Certificate (AOC) project is underway in Shanghai.

Vertical takeoff and landing, hybrid propulsion, autonomy and safety: with its ATEA aircraft, Ascendance Flight Technologies is launched in the race towards the mobility of tomorrow. Now based in Toul...

As the COVID-19 swept through the industry many airlines were trying to sustain their daily operations as demand for passenger flights hit an all-time lows in March and April of 2020. While some carri...