CAE Milan centre for training more than 2,000 easyJet pilots from all over Europe is open!

CAE and easyJet inaugurated the new centre alongside local Italian and Canadian government officials.  After London Gatwick and Manchester, this is the third new training centre that CAE has inaugurated in the last month to support the pilot training needs of easyJet across Europe and its exclusive long-term pilot training agreement with the airline, announced in November 2018. 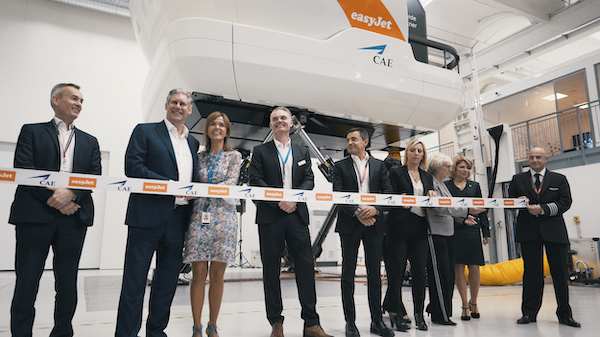 “With this enhanced training network, CAE will now have the capacity to train over 35,000 commercial pilots in Europe, including more than 2,000 pilots per year at the new CAE Milan training center”, said Nick Leontidis, CAE’s Group President, Civil Aviation Training Solutions. “The CAE Milan training center is a state-of-the-art facility which features modern debriefing rooms and classrooms, and the latest technology. We are happy to welcome easyJet pilots to CAE Milan as they start training on CAE’s latest-generation of full-flight simulators, and we thank easyJet for their partnership and continued trust”.

“Today we are marking a milestone by opening one of the most modern pilot training centres in Europe and the first one dedicated to easyJet pilots outside of the UK, thanks to our partner CAE, a global leader in providing high standard training solutions”, said Johan Lundgren, easyJet CEO. “This represents one of the biggest investments in pilot training in Europe in the last five years. We decided to have a dedicated training centre here in Italy as a demonstration of our commitment to the country, where we are the third largest airline and we employ 1,400 pilots and cabin crew on local contracts. In the last 10 years, we have constantly invested in Italy, always with a long-term and sustainable approach to create value for all of our local stakeholders”.

The safety and welfare of customers and crew is easyJet’s number one priority and, through its long-term contract with CAE, the airline aims at enhancing the quality of pilot training and its commitment to safety. This investment confirms the intention of easyJet to continue to invest in Italy where it has three bases in Milan Malpensa, Naples and Venice. With 34 aircraft based in Italy, a maximum of 500 daily operations, and almost 19 million passengers carried in the last financial year, easyJet is the third-largest airline in the country. The airline started its operations in Italy in 1998 and opened its first Italian base in Malpensa in 2006 which became its second largest base in continental Europe with more than 70 million passengers carried and 21 based aircrafts.

In addition to training all easyJet’s pilots, CAE also provides cadet training for easyJet in its European aviation academy network in Brussels, Madrid, Oslo and Oxford. 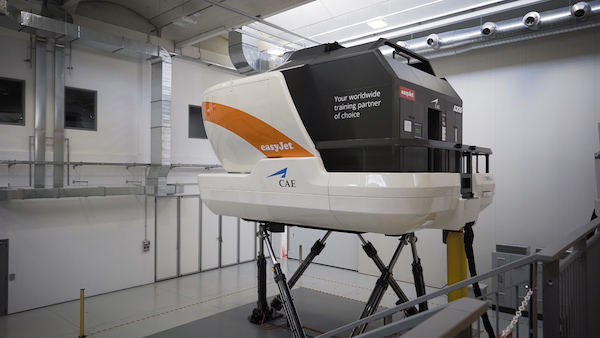