CAE inaugurated two new CAE training centres in the United Kingdom -London Gatwick and Manchester. It will support the start of its  10 year exclusive pilot training agreement with easyJet, announced back in November 2018. A third training centre will be inaugurated in Milan, Italy, on October 10. CAE also recently expanded its Barcelona, Spain, training centre.

These milestone events attended by airline customers, governments and employees mark an important step in CAE’s continued growth and investment in Europe. 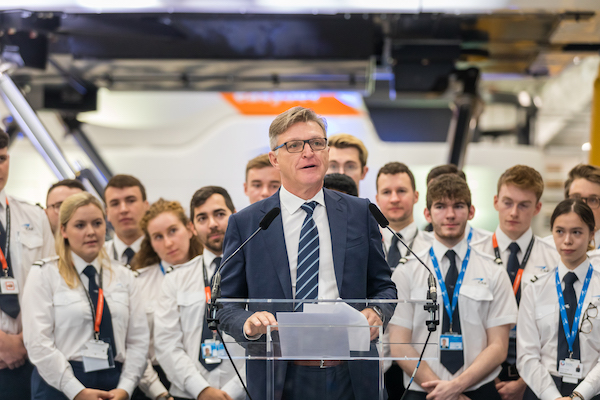 “These new training centres and our expansion in Europe underscore the important role that CAE plays in helping the industry build and grow a strong pipeline of professional pilots. We thank our partners for their continued trust, and we look forward to welcoming their pilots at our state-of-the-art facilities,’’ said Marc Parent, CAE’s President and CEO. “The start of training at the new CAE London Gatwick and CAE Manchester centres is an important milestone marking the growth of CAE’s global network to 59 civil aviation training centres and flight academies. Through the long-term agreement with easyJet, and training partnerships with Virgin Atlantic, BA CityFlyer, Norwegian, TUI UK, LOT Polish Airlines and SAS Ireland to name but a few, CAE continues to be further recognized as the training partner of choice for airlines in Europe and around the world.’’

“We are delighted to be celebrating the launch of this brand new, state-of-the-art pilot training facility today,’’ said David Morgan, easyJet’s interim Chief Operating Officer. “easyJet’s pilots are among the best trained in the industry and our reputation for training is known worldwide; the professionalism and skill of our pilots is in part thanks to the training technology that we continue to invest in. The safety and welfare of our customers and crew is easyJet’s number one priority and by choosing CAE as our training partner of choice and investing in the most advanced technologies we are maintaining our commitment to safety and ensuring easyJet continues to be a centre of excellence for crew training.”

The new CAE London Gatwick training centre is currently equipped with seven new CAE 7000XR Series full-flight simulators (FFS) including simulators for the Airbus A320-family, Airbus A350 and Airbus A330 platforms. By the end of 2020, following the relocation of five simulators from the current CAE Gatwick centre (including 2 A320, 1 B757/767, 1 B737NG, 1 E190), and the addition of a new Boeing 787 simulator, it will offer training on 13 full-flight simulators.

In December 2019, easyJet will be the first airline to train its pilots on CAE’s latest flight training device (FTD), the CAE 600XR, adding flexibility to the airline’s training curriculum with the highest training device fidelity available in the fixed base training market. The device, reproducing the Airbus A320, will be equipped with a CAE Tropos™ 6000XR collimated visual system and a fully enclosed instructor area. 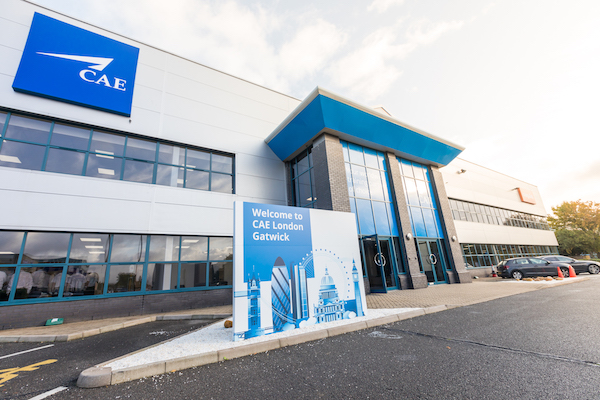 The new CAE Manchester training centre is equipped with cutting-edge technologies including two Airbus A320 FFSs, a British Aerospace 146 FFS and a Boeing 757/767 FFS. An Airbus A330/A340 FFS will be added at the end of 2019. In addition to easyJet, this training centre supports several Europe-based airlines, by providing cadet to captain training solutions and cabin crew training equipment.

CAE recently expanded its training centre in Barcelona to support the training needs of airline customers Vueling, Volotea and Norwegian. The CAE Barcelona training centre which offers A320 and Boeing 737NG training recently deployed a third simulator, an Airbus A320 FFS, as well as additional classrooms, and cabin crew training equipment.