One of the most modern observation aircraft delivered

State-of-the-art technology for Open Skies missions - he aircraft is intended to fly missions within the framework of confidence-building measures but can also be used for medical and conventional passenger transport. Where  the deadline and budget met.​

Lufthansa Technik AG handed over the converted Airbus A319CJ to the German armed forces in the presence of Dr. Ursula von der Leyen, Federal Minister of Defence, and Niels Annen, Minister of State at the Federal Foreign Office. Bundeswehr received one of the most modern observation aircraft in the world for missions under the Treaty on Open Skies.

On the customer side, the conversion of the former business jet, which was completed on schedule and within budget, was overseen by the Federal Office of Bundeswehr Equipment, Information Technology and In-Service Support (BAAINBw). As the general contractor and system integrator, Lufthansa Technik played the leading role in the construction and the development of suitable solutions in cooperation with more than a dozen industrial partners based on the requirements of the German armed forces.

Niels Annen, Minister of State at the Federal Foreign Office, said: "The Treaty on Open Skies is an indispensable pillar of arms control in the OSCE area. We are committed to ensuring that it continues to work despite some difficulties and is fully implemented by all parties. This way, the contract can create transparency and trust. The Treaty also shows that cooperation between Russia and the USA is still possible even when it comes to sensitive security issues. We want to strengthen the Treaty on Open Skies. That is why I am delighted that Germany is once again providing its own modern aircraft for overflights."

"I would like to thank our customer, the German armed forces, as well as our many industrial partners for their excellent cooperation on this formidable integration task and wish the German armed forces every success with this very special aircraft," said Dr. Johannes Bussmann, Chairman of the Executive Board of Lufthansa Technik AG. "Special thanks also go to our colleagues, who have done an outstanding job mastering this far from ordinary task."

During a 26-month layover at the Lufthansa base in Hamburg, the Airbus A319 was first given a complete overhaul and then received more than 150 modifications, ranging from the implementation of minor Airworthiness Directives to fundamental alterations of the aircraft's structure. The structural work included replacing a seven-meter-long part of the outer skin on the upper side of the fuselage as well as cutting openings out of the lower part of the fuselage and fitting them with glass to enable the use of observation and camera technology on Open Skies flights.

Besides the installation of a digital infrared sensor and digital optical camera systems for three different flight altitudes, the layover also comprised major modifications to the aircraft cabin. So that the aircraft can be used for its new purpose, the cabin was equipped with four ergonomic operating stations for the observation team, among other things. In the mission area, the aircraft has a further 16 seats for staff of the overflown state party as well as the staff of partner nations. To ensure that all systems can be accessed and inspected at any time and without great effort, the engineers have provided maintenance flaps and access doors throughout the cabin and its installations.

Three Supplemental Type Certificates were required for the approval: one each for the modification of the structure, the camera windows in the fuselage and the modification of the cabin and cockpit. The aircraft will be approved by both civil and military aviation authorities. Before it can be used for observation flights over other state parties, it must be accredited by all member states. Other countries will then also be able to rent the aircraft for their mission flights. 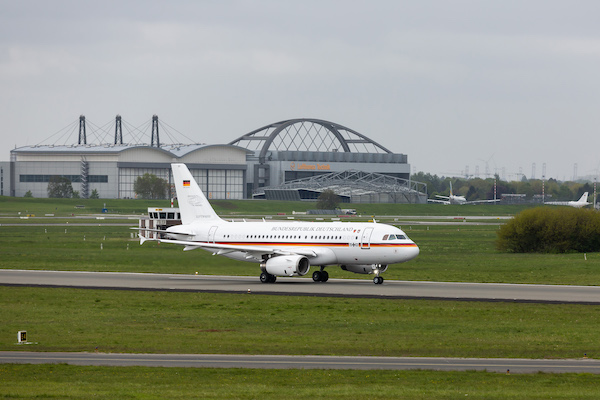 Loading comments for One of the most modern observation aircraft delivered...

Rolls-Royce has officially unveiled the Pearl 10X, the third and most powerful member of its market-leading Pearl engine family for the business aviation market. The engine has been optimised to...