The RedTail Flight Academy celebrated the opening of its state-of-the-art flight academy at New York Stewart International Airport in partnership with Wheels Up. Honoring the legacy of the Tuskegee Airmen, the RedTail Flight Academy will train seven minority youth from underserved communities to develop a pipeline of diverse aviators and future leaders in the industry. The alliance between the two organizations reflects RedTail Flight Academy’s commitment of developing highly qualified talent by partnering with industry leaders to host internships, lectures, roundtables, shadowing and mentoring opportunities.

To honor the legacy of the Tuskegee Airmen and strengthen the foundation of the Academy, original documented Tuskegee Airmen Lieutenant Colonel Enoch Woodhouse will attend the opening to welcome the inaugural cadets, including three females and four males. The Academy strives to increase the percentage of minority aviators from less than 2.5% represented in the military and the commercial space, to at least 4% in the next 10 years through their efforts and community engagement. 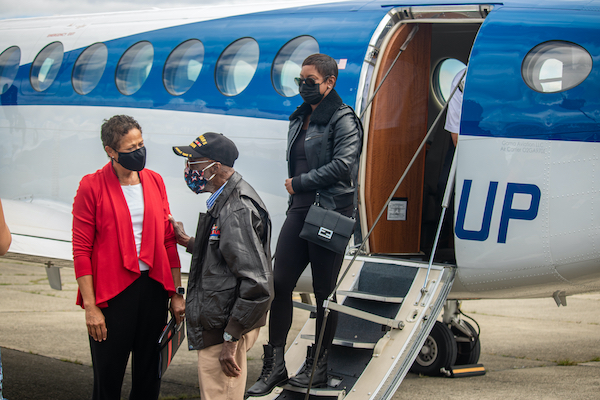 “We’re honored to be the first part 135 provider to partner with the RedTail Flight Academy to help support the next generation of aviation talent,” said Lieutenant General Thomas W. Bergeson, Chief Operating Officer at Wheels Up. “By offering two internships every year to academy graduates, we’re committing to diversifying our employee base and offering positions to underserved communities.”

Founded by the New York-based chapter of Tuskegee Airmen Inc., RedTail Flight Academy will use aviation as a developmental tool focusing on STEM, leadership development, and the legacy of the original Tuskegee Airmen. The training program is a 10-month curriculum, certifying students between the ages of 18-21 with a FAA Approved 14 CFR Part 141 multi-engine commercial pilot license and an instrument rating.

“We’re thrilled to finally be able to welcome students to the Red Tail Flight Academy to help diversify the aviation industry and perpetuate the values of leadership, courage, and perseverance of the original airmen,” said Glen Fraser, Director of Lee A. Archer Jr. Red Tail Youth Flying Program. “The opportunity for our graduates to gain firsthand experience through Internships at such a great company ensures they continue to learn aviation skills from industry leaders.,” Fraser said. 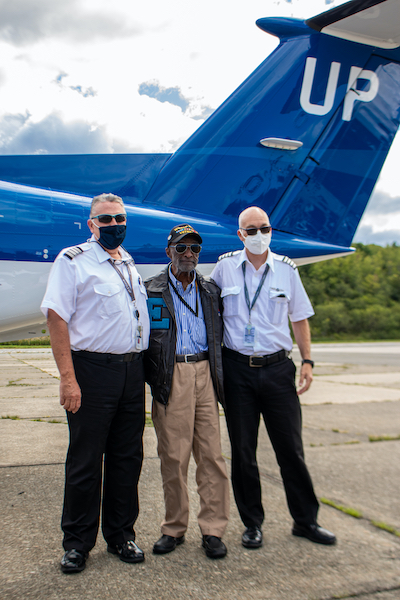